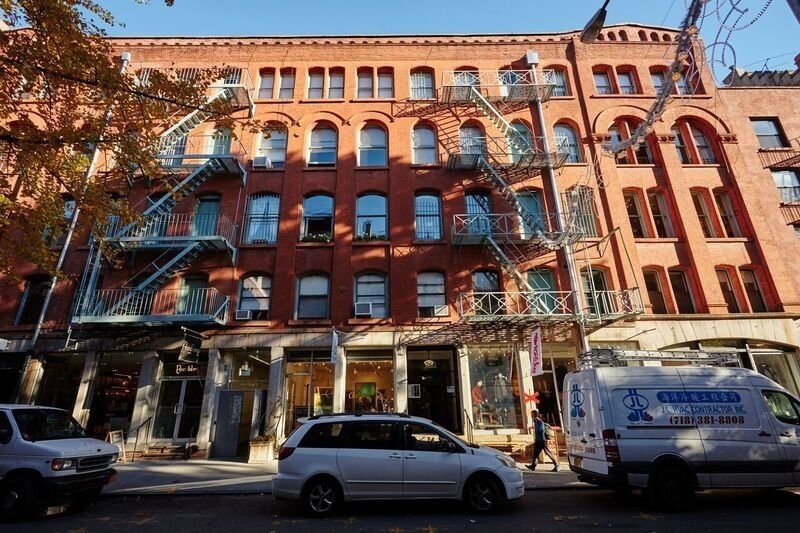 ON THE SCENE: Polsinellis to market retail condo in NOLITA

Compass announced that Adelaide Polsinelli, vice chair of investment sales, along with Trystan Polsinelli, have been hired to exclusively market a retail condo at 262 Mott Street in Nolita. The retail condo is occupied by TAGS, a West Hollywood based boutique. The retail store sits at the base of a luxury loft condominium conversion and is one of four sold by Polsinelli in 2016, along with three levels of below grade storage units. Polsinelli then resold three of the units last September. Current retail tenants include Fjallraven USA, Tai Jewelry, TAGS, and Flannel from Australia. The property is located in the middle of the tree-lined historic Mott Street, directly across the street from St. Patrick’s Old Cathedral, between Prince and Houston Streets. Originally built in the 1850s, as an armory, 262-272 Mott Street was converted to luxury residential loft condominiums in 1992.

Cushman & Wakefield announced that the firm has been retained on an exclusive basis to market for sale 1481 Blondell Avenue, a 14,580 s/f industrial building in the Bronx. The asking price for the property is $4.5 million. A team consisting of Jonathan Squires, Michael Fioravanti, Josh Neustadter, Addison Berniker and Shayne Soltan will be leading the marketing efforts on behalf of the property’s seller. 1481 Blondell Avenue is an industrial property with three drive-in entrances with curb-cuts around the perimeter. There are 15 ft. ceilings throughout the lower level. The property has been recently updated and equipped with charging stations for a fleet of electric vehicles. The building was most recently occupied by BYD (HKG: 1211), a high-tech Chinese electric car company. 1481 Blondell Avenue is located within the Montefiore/Yeshiva Einstein corridor and Westchester Square neighborhood. It is near the entrance to The Hutchinson Metro Center and within walking distance of the Westchester Square-East Tremont Subway Station with access to the 6 train.

Newmark Knight Frank (NKF) has been retained as the exclusive agent for the sale of a 10,761 s/f lot located at 2390-2400 Pitkin Avenue in East New York, Brooklyn. A team led by Vice chairman Brian Ezratty is representing the seller. The site is zoned primarily for residential use, including a mandatory inclusionary housing component, plus ground floor commercial space and is suitable for a developer well-versed in affordable housing construction. There is also the potential for a zoning floor area bonus if the developer leases a significant portion of the ground floor space to a fresh produce purveyor. The site is easily accessible from the multiple subway lines and provides access to Downtown Brooklyn, Williamsburg and Manhattan. The lot’s location within a Transit Zone also allows a prospective purchaser to mitigate onsite parking requirements typically enforced on developments within this zoning designation. The asking price is $5,250,000.

Bestreich Realty Group (BRG) announces the sale of 454 Myrtle Avenue in Clinton Hill, Brooklyn for $2,600,000. The four-unit property features three apartments and one store for approximately 4,882 s/d. The sale price per unit was $650,000 and price per s/f was $533. The seller is Silvershore Properties 8 LLC and the buyer is 454 Myrtle LLC. Derek Bestreich, Luke Sproviero, Adam Lobel, Toby Waring, Gabriel Kates, and Daniel Shawah facilitated both sides of the transaction.

Cushman & Wakefield arranged the sale of 81-30 Baxter Avenue, an 11,900 s/f commercial property in Elmhurst, Queens. The final closing price is $4,450,000, equating to approximately $374 per square foot. Stephen R. Preuss and Kevin Louie represented the seller, the Shnay Family 81-30 Baxter Avenue in Elmhurst is a prime corner 11,900 s/f commercial building ideal for repositioning. It was previously operated by a rehab clinic affiliated with Elmhurst Hospital for the past 30 years. The property also contains a 5,000 s/f lot located within an R7B/C1-3 zoning district, which possess an additional 3,100 s/f of air rights. The property near 82nd Street, one of the strongest retail corridors in Queens with access to the 7 train. The building within walking distance to multiple subway lines at the 74th Street Station as well as the Elmhurst Avenue Subway Station.

Eric S. Goldschmidt, senior partner Goldschmidt & Associates announced that the company co-brokered the sale of the property leased to CVS at 203 S. Plank Road, Newburgh, New York. Representing the property was David Bailey of Stan Johnson Company. Goldschmidt was retained by an area investor to seek properties for a needed 1031 exchange. Built in 2018 the 13,600 s/f CVS sits on 2.38 acres at a major intersection near I-84 and I-87. The sale price was $ 4,778,000.

Redwood Realty Advisors announced the sale of several multifamily/mixed-use properties totaling more than $7 million in Hudson County. Steven Matovski and Christopher Nendze represented both the sellers and purchasers in each transaction.

• In Bayonne, the firm closed an additional two transactions that included a fractured condominium sale and an 18-unit property for a combined $2.95 million.

Rosewood Realty Group announced the $9.6 million sale of a 54-unit Fordham Heights multi-family building in the Bronx. The five-story walk-up at 2474 Valentine Avenue (between East Fordham Road and East 188th Street), sold for more than 11 times the total rent roll. All of the apartments are rent stabilized. The building was built in 1925. Rosewood’s Aaron Jungreis represented both the buyer, 2474 Valentine and the seller, 2474 Valentine Realty.

UK company enters US market with 45,000 s/f on Madison Ave

Welltower closes on $1.25B portfolio buy