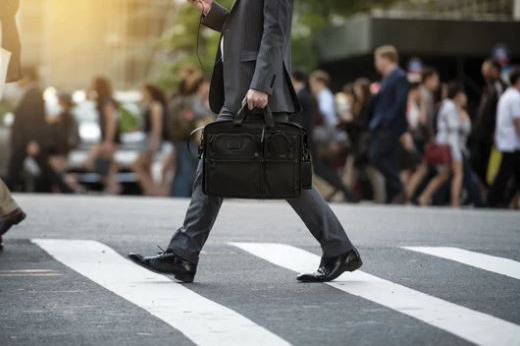 NYC’s biggest employers ready to get things back to normal

Despite headlines heralding a steady exodus of businesses moving out of New York City, a new survey from real estate think tank CoreNet signals a return to near-normal come the end of the summer.

CoreNet – a global group whose members include more than 1,000 corporate end-users as well as service providers from the largest publicly held companies in commercial real estate – just delivered “Back to Work: What do NYC Occupiers Think?”

The survey of some of the city’s biggest office occupiers provides an inside look at what most are planning for in-office work following the retreat of Covid and, among its biggest findings was that more than three-quarters of employers anticipate the bulk of their workforce will return by the fall.

In a strong show of support for the city’s future, 64 percent of respondents said their firms were not planning to shrink their office footprint post-Covid nor are they planning to grow it to accommodate social distancing.

More than half of the city’s biggest employers won’t be requiring their returning workers to have a vaccine but they will pushing wellness to the top of the agenda in a bid to make workers feel secure and comfortable.

“It’s also exciting to see our largest corporate employers making wellness a priority, because they are leading the way forward to normalize wellness for workforces across all sizes of companies,” said Neil Austin, CoreNet NYC Chair and Vice President of Portfolio Management and Transaction Services at Omnicom Group.

Omicom, one of the world’s largest advertising, occupies nearly 300,000 s/f of office space at 195 Broadway  and another 200,000 s/f at 200 Varick Street.  In May, CEO John Wren said the company would return to “an office-centric culture” saying, “We believe it enables us to invent, collaborate and learn together most effectively.”

With only a few exceptions, most of the company’s offices are already open with some level of staff working at the office daily.

The conglomerate’s strategy falls in with the results of the CoreNet survey that, overall paint a secure future for the city’s office market.

Tommy O’Halloran, CoreNet NYC President and Vice President of Business Development at Structure Tone, a global construction manager with 3,600 employees across 45 offices, commented, “A hybrid workforce is the new normal for corporate occupiers and a thoughtful approach to technology and connectivity is the only way to maintain culture across the workplace experience. We are seeing companies embracing this stance, and that decision will keep them future-ready.”

The survey’s findings mirror those of a survey by the Partnership for New York City released earlier this month that found 62 percent of Manhattan’s roughly one million office workers were likely to be back in person by the end of September.

The key highlights from the anonymous CoreNet survey of 60 senior-level occupiers with major offices in New York City were as follows:

“Wellness has become a crucial component in workplace planning as countless studies have quantified the link between productivity and wellness. The pandemic has only amplified the importance of healthy employees and buildings. In the coming years, we expect that more companies will follow suit in prioritizing wellness initiatives taken into consideration,” said Sheena Gohil, CoreNet NYC Advisor and Executive Managing Director at Colliers.

Five technology solutions were widely cited as being added to company offices: Density counters to track the amount of people in space; virtual amenities for food and fitness; touchless features; company apps; and occupancy and environmental sensors. Some respondents indicated that the use of vaccine passports was a conversation being had at high levels and others said they were adding space and real estate modules to their current Facilities and Asset Management Tools.

The top-cited reservation and concierge systems that are being rolled out include Robyn, Flowscape, OfficeTogether, Embrava, EMS, Serraview, Couldbooking, Matrix, FM Systems, Condeco and Modo Workplace.