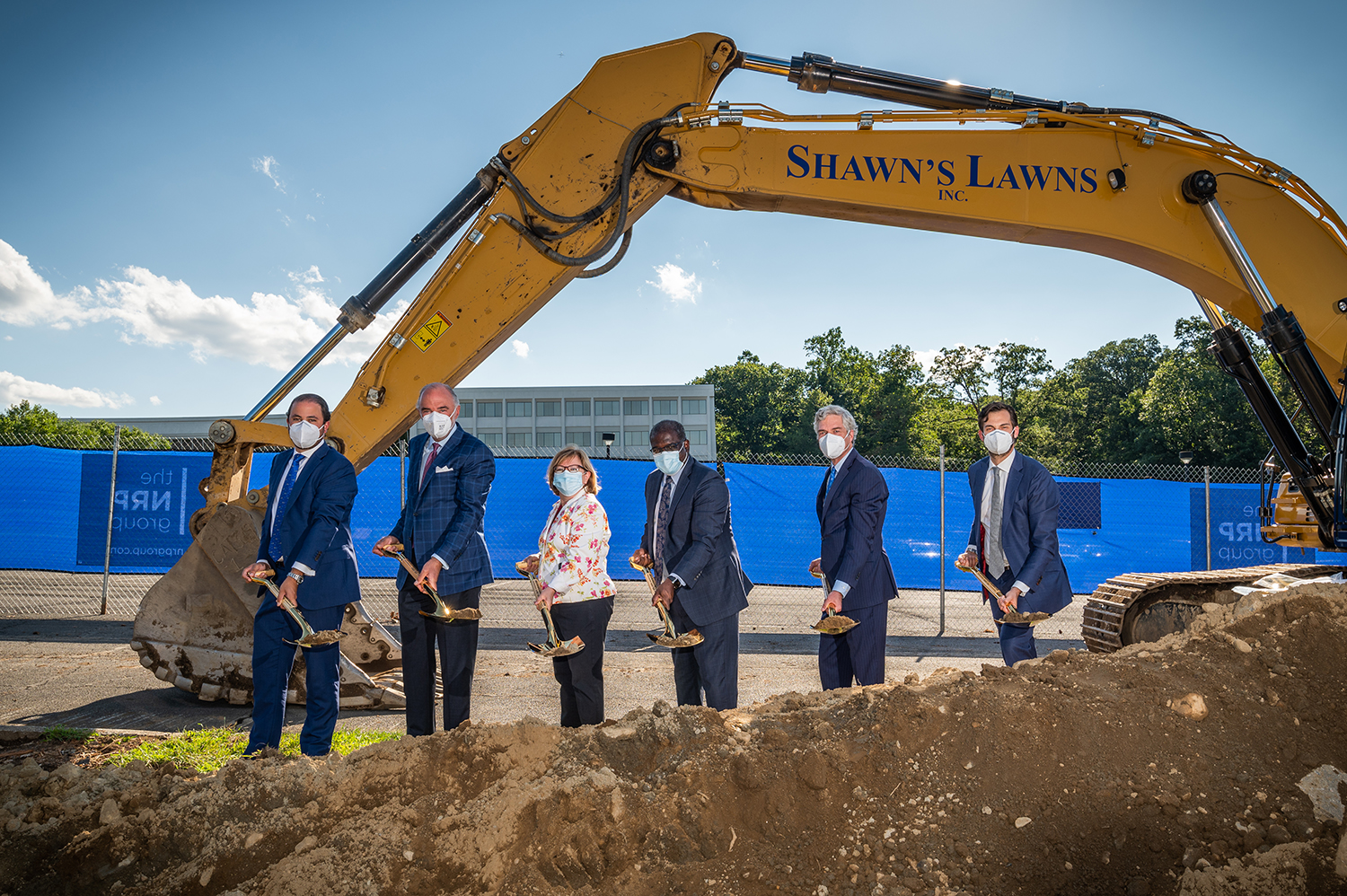 The NRP Group has started work on a 303-unit apartment development in White Plains, NY.

The market-rate complex is situated on a 70-acre site at 1133 Westchester Avenue that was the world headquarters of IBM and is now being redeveloped as a mixed-use office park.

Developed in partnership with RPW Group, which owns and operates the neighboring 620,000 s/f office complex, the project will include three, five-story apartment buildings with solar panels, contemporary unit finishes, upgraded appliance packages and amenity spaces that including a gym, pool, telecommuting spaces, and spaces for dining and relaxing. The buildings will offer a mix of one-, two- and three-bedroom units, some of which will have balconies.

“As we continue to slowly reopen, we are thrilled to see economic activity, such as the construction of this live-work community, materializing before our eyes,” said White Plains Mayor Tom Roach. “We are thrilled to have such a creative project break ground in our city today.”

“This project gives us an incredible opportunity to bring to life White Plains’ vision of creating communities that are flexible, transit-oriented, and in demand,” said Jonathan Gertman, vice president of development at The NRP Group. “We feel lucky to have been chosen by RPW to partner on a project of such significance.”

1133 Westchester Avenue offers more than three million square feet of office space within one mile of the property, as well as access to some of the county’s largest employers, including IBM, Morgan Stanley and PepsiCo.

Residents will have access to on-site shuttle service to the White Plains Train station, a commuter rail stop on the Metro-North Railroad’s Harlem Line, which connects to Grand Central Terminal. The shuttle service will also make stops at Wegmans, Lifetime Fitness and downtown White Plains.

The 303 residential units are expected to be completed in early 2022.