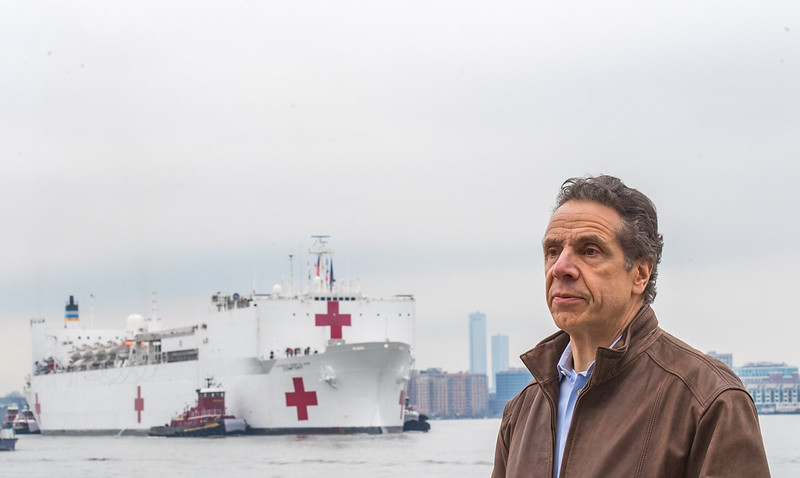 They also give overwhelmingly high marks to their local health department, Dr. Anthony Fauci, their local government leader, and the CDC.

“President Trump, on the other hand, gets praise from 82 percent of Republicans, but 52 percent of independents and 79 percent of Democrats disapprove of the job he’s doing.

“Similarly, by a 79-18 percent margin – including at least 74 percent from every region and party – voters say New York State government is doing everything it can to protect the health of New Yorkers,” Greenberg said. “However, by 53-43 percent margin, they say the federal government is not doing all it can to protect Americans’ health. Although 82 percent of Republicans say the feds are doing all they can, 52 percent of independents and 71 percent of Democrats say they’re not.”

“Not surprising given how fast this pandemic has overtaken nearly everyone’s lives, at least 85 percent of voters from every region and party are very or somewhat concerned about the pandemic, and at least 64 percent from every region and party are at least somewhat concerned that they will be infected with the virus,” Greenberg said. “While about 40 percent of downstaters personally know someone who has tested positive, only 14 percent of upstaters personally know someone.”

“Seventy percent of Republicans and 57 percent of independents think ‘things will be back to normal sometime soon,’ while 54 percent of Democrats say they are not confident we ‘will be back to normal anytime soon.’ Although a small majority of New York City voters are pessimistic, upstaters and downstate suburbanites are optimistic that a return to normalcy will happen sometime soon,” Greenberg said. “Voters 55 and older are the optimists, while those under 55 are virtually evenly divided.”

“Half of New Yorkers, including two-thirds of New York City voters and nearly two-thirds of voters of color, need the federal payment they will receive under the law passed last week for immediate personal and family needs,” Greenberg said. “One-quarter plan to save it for future needs, and 14 percent, including one-quarter of those who earn at least $100,000 annually, plan to donate the money to help those less fortunate.”

Cuomo’s favorability rating jumped to 71-23 percent this month, up dramatically from 44-50 percent in February, his best since January 2013, just before passage of the Safe Act. His job performance rating soared to 63-35 percent, up from 36-63 percent last month, its highest level since April 2012, his best ever.

Joe Biden leads Trump 58-33 percent, up a little from last month, when Biden led 55-36 percent. Currently, New Yorkers say Trump will be re-elected 51-37 percent, down from 62-29 percent in February.