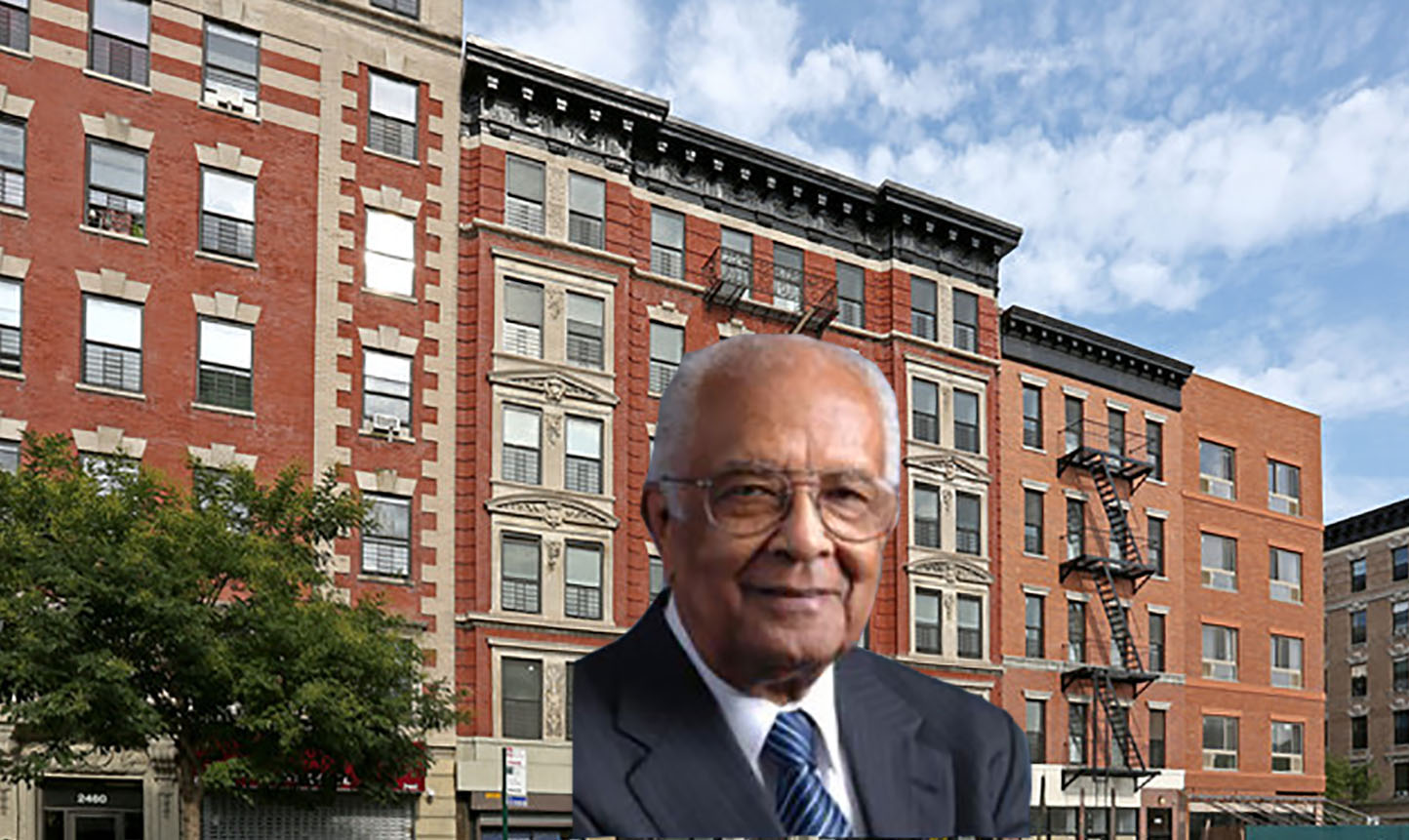 Eugene H. Webb, the co-founder and chairman of one of Harlem’s most successful real estate brokerage firms, has died at the age of 102.

Born in Red Level, Alabama, on November 24, 1918, during the Spanish Flu pandemic that killed 500 million people worldwide, Mr Webb rose to become one of New York most prominent real estate players, opening his own firm with George Brooker 1968 and lauded for his efforts to help his community rise with him.

He took the “crumbs” from New York’s legendary dealmakers and turned them into a legacy that reached into the lives of hundreds around him, telling The History Makers, “There’s always obstacles because you’re poor and you start out. When you start from scratch, you build a foundation [and] I was helped along the way by a lot of people.

“Real estate brokers that had been in business a long time … the business that they didn’t want was like a piece of cake to me… they didn’t need it, they say ‘give it to Webb.’ It’s like a crumb, if you wanna look back at it, but it was a piece of cake at that period of time to me.

“So that’s where you get the idea on what do I do next with my life, or what do I do to make a better business than I got?”

Born into segregation before the dawn of the Civil rights Movement, Mr Webb was raised in a shack on the poorest side of the Black section of Red Level known as the Bottom.

“We lived over in what they call a Bottom, and those blacks who had better incomes, like a postman or a doctor or something, they lived in another little section. We didn’t live over there. We lived in sand – what they called Sandy Bottom. That’s where all the very, very poor people lived. We didn’t live in the section that the blacks that was mobile or financially able. We couldn’t afford to live up there. We didn’t have no house. We lived in a shotgun house.”

His father was Eddie, but it was his mother, who worked as a cook in a café, who encouraged him to work hard at the local Snow Hill Normal school and, later, the Industrial Institute in Snow Hill.

After high school, he worked as a dining car waiter on the Seabound Rail Road and the New York Coastal Railroad and, in 1941, he joined the U.S. Navy, serving for two years during World War II.

He moved to Harlem after his honorable discharge and began attending Columbia University before getting his license and going to work in the real estate industry.

The young entrepreneur was helped by men such as Daniel Burrows, father-in-law of the late Mayor David Dinkins, co-founder of United Mutual Life Insurance Company and one of the first black politicians to gain a foothold in the inner circles of what was then the Tammany party.

In the 1970s, Webb & Brooker was hired by the State of New York to manage properties seized for the redevelopment of Times Square and Mr Webb was able to use the profits from that to help start Carver Federal Savings and Loan Association, the largest and oldest continually Black-operated bank in the United States.

At a time when cashing a check was difficult enough for a Black American, Carver was able to achieve the impossible and offer loans to would-be homeowners and businesses previously shut out of the system by the practice of redlining.

Mr Webb would go on to found Freedom National Bank, serving as chairman of the executive board, and was appointed president of United Mutual Life Insurance, all while his company, Webb & Brooker, continued to invest in Harlem.

The firm was part of the development team behind Renaissance Plaza. Built across the street from the Apollo Theater on 116th Street by Jeff Levine and Stuart Match Suna, the $61 million project was the first major mixed-use new construction project in central Harlem in many years and sparked a revival that included a major wave of new buildings and improvements in the neighborhood.

Webb & Brooker also helped the National Basketball Players Association acquire its offices at 310 Lenox Avenue and managed a $20 million portfolio of LIHTC properties in the city.

Following George Brooker’s death in 1993, Webb handed day-to-day control of the firm to its current president Bernard Warren, but he continued to serve as the senior policy-making officer of the firm while distinguishing himself both in his professional services and community involvement.

He was a member of the board of trustees of Cambridge and Stillman colleges and received an honorary doctorate from the New York Podiatric College of Medicine.

Within the real estate community, Mr Webb  held memberships on the Board of the Associated Builders & Owners of Greater New York, Inc., in the National Association of Real Estate Brokers, Inc., The Columbia Society of Real Estate Appraisers and was a Governor Emeritus of The Real Estate Board of New York.

Along with his late partner, he served as one of the founders and as president of the Greater Harlem Real Estate Board and held memberships on the Advisory Committee of the Federal National Mortgage Association, the Business and Finance Committee of the Tri-State Regional Planning Commission, the Ad-Hoc Work-Group On-The Job Training Partnership Act- New York State Department of Labor, the New York Partnership and the New York City Chamber of Commerce and Industry.

“Eugene was a pioneer whose impact on diversity in this industry is largely unknown,” said Whelan and Durst in a statement.

“In 1968, the same year as the passage of the historic Fair Housing Act, Eugene co-founded Webb & Brooker, one of the most successful real estate management brokerage firms in Harlem. His business acumen, entrepreneurial spirit and his commitment to his community, drove him and he accomplished much in his 102 years.

“While he will be sorely missed, his legacy will no doubt live on. Our prayers and condolences go out to his family during this time.”

On December 2, 2004, he told his life story to The HistoryMakers, the nation’s largest African American video oral history archive.