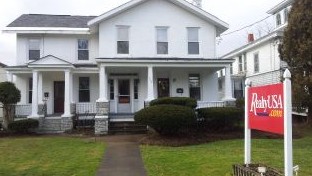 “I have known and respected the Hanna family for years. Their growth in the last decade has been amazing. A common theme of commitment to our agents by developing the best in products and services for customers and clients will assure our combined success,” said Whitehead.

With 65 offices covering western and central, northern New York and the Capital Region, RealtyUSA is ranked the largest in the state. With 2,200 sales associates, it is the ninth largest real estate company in the country with 23,023 closed transactions last year according to the May 2016 REAL Trends 500 report.

Howard Hanna Real Estate Services is the top brokerage in Pennsylvania and Ohio and has a total of 205 office locations in Pennsylvania, Ohio, New York, Virginia, Michigan, West Virginia, North Carolina and Maryland.

The company has more than 7,100 agents and employees and is ranked the 4th largest real estate company in the country with 66,714 closed transactions last year.

The merger ranks Howard Hanna as the third largest real estate company in the United States. The combined performance of the joint company is $16.2 billion in closed sales volume last year and 89,737 closed transactions. The combined strength of the companies is more than 9,000 sales associates and employees in 270 offices.

Whitehead will become chairman of the combined company in New York State.

Helen Hanna Casey, president and CEO of the family-owned and operated Howard Hanna Real Estate Services, said, “We made the decision in the mid-1980s to remain independent, with the goal of always being a large regional broker in the Mid-Atlantic, Midwest and Great Lakes regions.

“When you find a prominent company that is run with the utmost integrity and is so like-minded with complementary management styles and great managers, it makes sense to come together. “We’ve been in New York since 2003 in Chautauqua County, and last May Nothnagle Realtors merged with us, adding 32 offices in Western New York, the Southern Tier and Finger Lakes areas. Armand D’Alfonso will be president of the entire New York organization.”

The new giant plans continued expansion in Buffalo and entry into the next major metropolitan areas of Syracuse and Albany.

Hanna said the company will promote 100 percent Money Back Guarantee among consumers and expand its insurance company, adding around 20 new positions, as well as increasing marketing and technology systems.

There will not be a change to the company name or to local leadership. Both the RealtyUSA and Nothnagle logos will feature the tagline “A Howard Hanna Company.”

NRT is the nation’s largest residential broker, according to REAL Trends, with $166B in sales volume last years. The conglomerate is made up of several firms, incuding Corcoran, Citi Habitas, Coldwell Banker and Sotheby’s.
HomeServices of America,Long & Foster Companies, and Douglas Elliman Real Estate are ranked second, third and fourth respectively.

With 800 new units on the way, could the Flatiron District lose its classified status?