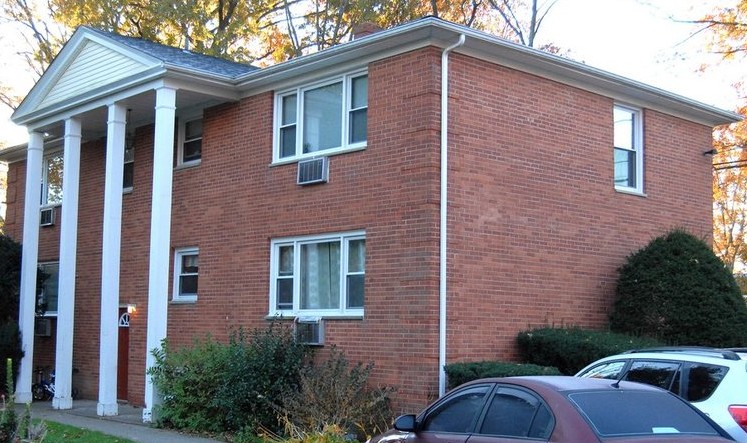 Ariel Property Advisors announced the following exclusive assignments to sell three mixed-use buildings in the East Williamsburg, East Flatbush, and Bushwick neighborhoods of Brooklyn for a combined total of $6.8 million:

• 253 Bushwick Avenue is an eight-unit, mixed-use building located on the border of East Williamsburg and Morgantown. The asking price for the 6,600 s/f building is $3.9 million. The building is home to cocktail bar, Post No Bills. It has two retail stores and six residential apartments. The apartments are a mix of two and three-bedroom units. Daniel Tropp, Josh Berkowitz, Jonathan Berman, and Mark Spinelli are representing the seller, a private investor.
• 1088-1092 Utica Avenue is a commercial building located at the southwest corner of Utica Avenue and Beverly Road in the East Flatbush neighborhood of Brooklyn. The asking price for the 5,500 s/f building is $1.2 million. Jonathan Berman, Mark Spinelli, and Daniel Tropp are representing the seller, a private investor. The one story commercial building offers frontage of 60 ft. on Utica Avenue. The building was previously utilized as a restaurant and nightclub, but will be delivered vacant.
• 231 Stanhope Street is a three-story, six-unit multifamily building located between Irving and Knickerbocker Avenues in Bushwick. The asking price for the 4,875 s/f building is $1.7 million. All of the apartments are rent stabilized and two of the six residential units will be delivered vacant. Daniel Tropp, Jonathan Berman, and Mark Spinelli are representing the seller, a private investor. The building is located near the Knickerbocker Avenue M line and the DeKalb Avenue L line.
•••
TerraCRG announced the following exclusive assignments:
• The sale of a vacant commercial building at 155 20th Street, between Third and Fourth Avenues in Sunset Park, Brooklyn. Dan Marks and Mike Hernandez are marketing the property. The two-story vacant building contains 10,000 s/f comprised of 5,000 s/f of workshop space on the lower level and 5,000 s/f of office and workshop space on the second level. It features one drive-in, nine skylights and a fully functioning and permitted spray booth. Currently, the property is utilized as a creative office/light manufacturing workshop.
• A mixed-use building at 1876 A Fulton Street in Bedford-Stuyvesant. Matt Cosentino and Eric Satanovsky are marketing the building. The asking price is $1,150,000. The property is offered at a six percent CAP rate. The fully-renovated two-story building contains 1,920 s/fwith an additional 8,400 buildable s/f. The building is comprised of a two-bedroom apartment, a studio apartment and a newly renovated restaurant space. There is also a two-car garage plus an outdoor parking space. New mechanicals, including a new gas boiler, hot water heater and gas lines were also put in during renovation.

Eastern Consolidated has arranged the sale of a vacant two-story, mixed-use building at 133 Kent Avenue in the Williamsburg section of Brooklyn for $8.75 million. A 2,500 s/f building and two-car garage are located on the corner property, which offers 9,000 buildable square feet and can be developed to its full FAR with inclusionary housing. Eastern Consolidated’s Ben Tapper, Senior Director and Principal, Adelaide Polsinelli, Senior Managing Director and Principal, and Mitchell Goldstick, Associate Director, were brokers for the deal and procured the buyer, a local investor.
•••
Ariel Property Advisors has closed the sale of 622-624 East 169th Street, a 53 ft. wide, five-story multifamily building spanning 25,790 s/f in The Bronx. Located on the south side of East 169th Street between Franklin Avenue and Boston Road in the Morrisania section of The Bronx, the walk-up building sold for $4.2 million, or $200,000 per unit. The property’s unit mix consists of 21 four-bedroom apartments that are currently operating at $17 per square foot. Exclusive agents Jason Gold, Scot Hirschfield, Marko Agbaba, and Victor Sozio represented the seller, a private investor. The property’s mixed-use zoning offers the potential conversion of the ground floor for retail use.
•••
GFI Realty Services announced the $1.65 million sale of a vacant single-room-occupancy (SRO) building in Harlem. The property, located at 229 West 136th Street, totals 3,332 s/f and was constructed circa 1910. The building is situated i just off of Striver’s Row, a historic district located on West 138th Street. Isaac Moskowitz, associate of GFI Realty Services, and Yosef Katz, managing director of GFI, represented both the buyer and seller — private local investors — in the transaction. The buyer is an experienced developer who intends to redevelop this SRO into a multi-family residential building.
•••
HK Group’s David Cervero, associate vice president and Ralph Michel, senior vice president, sold 348 Black Rock Turnpike in Fairfield, CT for $1.3 million. The property consists of a 2,663 s/f restaurant known as Black Rock Oyster Bar & Grill. 348 Black Rock Turnpike sits on .25 acres. The Black Rock Oyster Bar & Grill was active at the time of the sale. The sellers were FCCW, LLC and Baylor LLC and the Buyers were Ahabs Table LLC and Black Rock SoHo, LLC. Buyer will continue to operate the restaurant/bar under a new name. Michel and Cervero represented the buyer. Audrey Longo of Guttman Realty Advisors represented the Seller. Attorney Peter Ambrose, Esq. in Fairfield represented the Buyer and attorney John Fiore, Esq. in Norwalk represents the Seller.
•••

Redwood Realty Advisors has completed the sale of a 37-unit garden apartment property in Pearl River, N.Y. Courtland Gardens sold for $6,350,000 or $171,621 per unit. Kevin McCrann, a managing partner at Redwood Realty and Investment Associate Thomas Gorman worked closely with the seller and their tax advisors to structure an installment sale disposition. Redwood Realty provided an opinion on the term, rate and parameters of a carry-back mortgage that could be offered to a potential buyer.
•••
RKF announced that it has arranged two sales in Manhattan totaling $7.05 million. RKF Vice President Brian Segall and Associate Chris Masi arranged both sales:
• East 13th Street in Union Square sold for $4.85 million. The three-story 2,800 s/f building has 1,288 s/f of retail space on the ground floor and 400 s/f in the mezzanine. The upper floors, which are currently vacant, will be converted to residential apartments. The RKF team represented both the owner, Yamaguchi LLC, and the buyer, Hexagon Group in the transaction.
• 1810 Third Avenue on the Upper East Side sold for $2.2 million. It is a retail condo consisting of three spaces totaling 4,534 s/f. Brian Segall and Chris Masi also represented the owner, P&G Equities, and the buyer, The Daniel Group, a property management company, in this transaction. 1810 Third Avenue was built in 2008 as a luxury residential rental building and recently redeveloped into a condominium building and renamed Art House. The corner retail spaces include 3,669 s/f on the ground floor, 561 s/f in the basement and 304 s/f of vacant community-room space on the ground floor, formerly reserved for condo residents’ use. Only 870 s/f of retail space is currently available for lease, with the remaining space occupied by Moon House Restaurant and Emmerson Deli.
•••
Hunt Corporate Services, Inc. announced the sale of the 12,456 s/f building at 1000 Marcus Avenue, New Hyde Park. Chuck Syage and Andy Dorman of Hunt represented the seller, Knights of Columbus. Andy Blumenthal and Mark Timpone of Metro Realty represented the buyer. A second free-standing building consisting of 1,600 s/f leased to a chiropractor, was also part of the property.