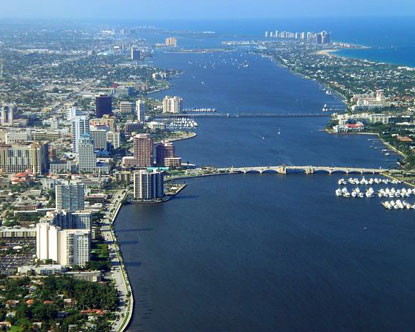 Two New York development companies have joined forces to build residential and mixed-use properties across the US and pursue “special situation” investment opportunities.

The JV acquired the site at 350 South Australian Avenue for an undisclosed amount. The site is within the Downtown Masterplan and offers as-of-right zoning allowing for a mixed-use development with over 300 multi-family residences and building heights up to 25 stories.

“We are pleased to have co-invested in the first of what we expect will be many deals with Hyperion, as we are committed to investing in and growing this venture together,” said David Winter, Co-CEO of Standard Industries. “We hope to play a key role in Hyperion’s growth as a leading real estate development and investment platform.”

Hyperion Group was re-launched by Rob Vecsler in January 2020 after six years at Silverstein Properties in New York, where he served as president of Residential Development and Head of Acquisitions.

The firm was first founded in 2002 and developed over a million s/f of mixed-used property. Vecsler said he has “reconstituted” the core team at Hyperion that developed those projects and resumed his leadership of Hyperion with Silverstein Properties as an investor.

“We are delighted to have Winter as a venture and capital partner,” said Vecsler, principal and CEO of Hyperion. “Our combined investment and development capabilities, together with substantial investment capital, allows us to be bold, nimble, and competitive wherever we see opportunity.”

Standard Industries is one of the world’s leading building materials suppliers with a portfolio of subsidiaries that include roofing and waterproofing business, data analytics and real estate and investment platforms including Winter and a 50 percent stake in Chicago-based Magellan Development Group.  According to the Financial Times, the company’s earning last year were $1.3 billion.