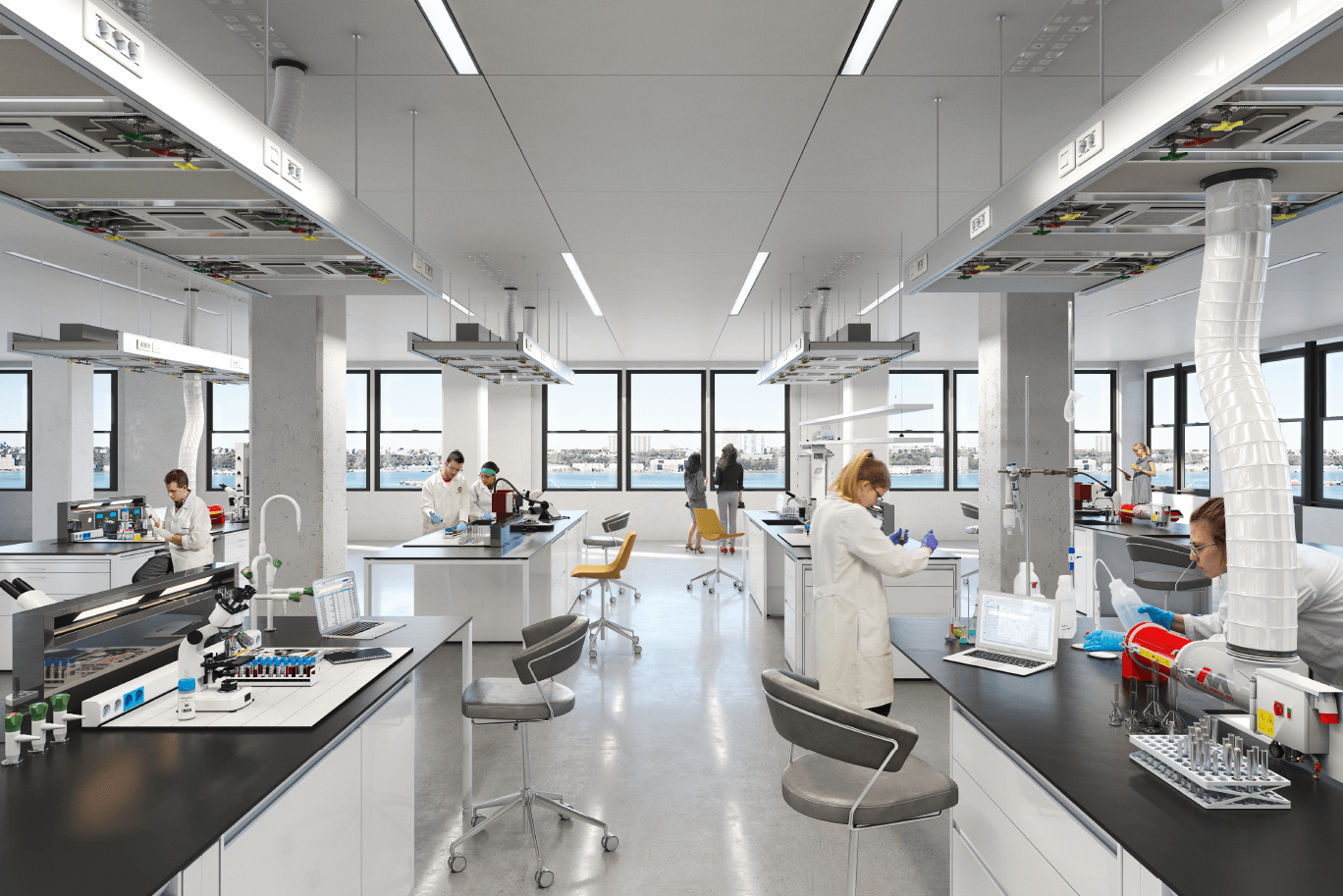 After years of investment, New York City is set to experience a major spike in the life sciences sector, according to new market reports.

Alexandria Real Estate Equities, one of the industry’s largest property owners, is working on a 550,000 s/f addition to its life science campus in Manhattan and the Long Island City Partnership have been pushing for a cluster in the popular Queens neighborhood, especially after Amazon pulled out of its HQ2 plans. More recently, Hibercell, a new biotech company that focuses on cancer relapse, signed a 15,000 s/f lease atThe Hudson Research Center at 619 West 54th Street, that’s owned by Taconic Investment Partners and Silverstein Properties.

According to CBRE’s NYC Life Sciences Report for 2018’s fourth quarter, the life sciences leasing activity shot up to 57,000 s/f in 2018 compared to the roughly 40,000 s/f the previous year.

Currently, Manhattan has more than 1.6 million s/f of life science inventory with 112,000 s/f of available space with an average $80 psf price tag. And CBRE expects the city to double its inventory of lab space in the next two years.

“The exponential growth in Life Sciences seen in Boston and San Francisco is starting to be realized in a few other locations, including New York City,” Steve Purpura, CBRE’s vice chairman who works predominantly with life science clients.

“With upwards of 1.5 million square feet of lab space currently in development, coupled with a recent surge in funding for locally based research companies, New York is well-positioned to grow significantly moving forward,” Purpura said.

In CBRE’s national outlook on the life sciences industry, New York City is still behind its competition. In CBRE’s top 10 rankings for leading life science markets, Boston scored first place with its legacy of institutions and San Francisco and San Diego earned second and third place respectively due to developments and their talent and capital pools. Even New Jersey scored fourth place, far ahead of the city’s seventh place spot.

New York City ended its 2018 with roughly 12,700 jobs in the industry, just below the record level of life science jobs of more than 13,000 that was reached in 2016, according to CBRE numbers. The report added that life science employment has seen a 3.6 percent annual growth from 2010 to 2016.

The venture capitalists are also betting on the industry’s explosive growth and has contributed $600 million in 2018, according to CBRE. Last year’s combined funding numbers was more than double 2017’s $300 million raised and far above the $74 million raised in 2014.

And governments have been offering their support to help create a stronger life sciences sector in NYC. The city introduced LifeSci NYC, a $500 million effort over 10 years that is meant to generate 16,000 jobs and up to 2.8 million s/f of space with a major part of the initiative being finding a new life sciences nucleus. The state also introduced their version of a life sciences initiative in 2017 that offered $620 million for industry growth in the state. And The National Institute of Health, which is a major funding mechanism for life science projects, also increased their funding to $1.8 billion in 2018.