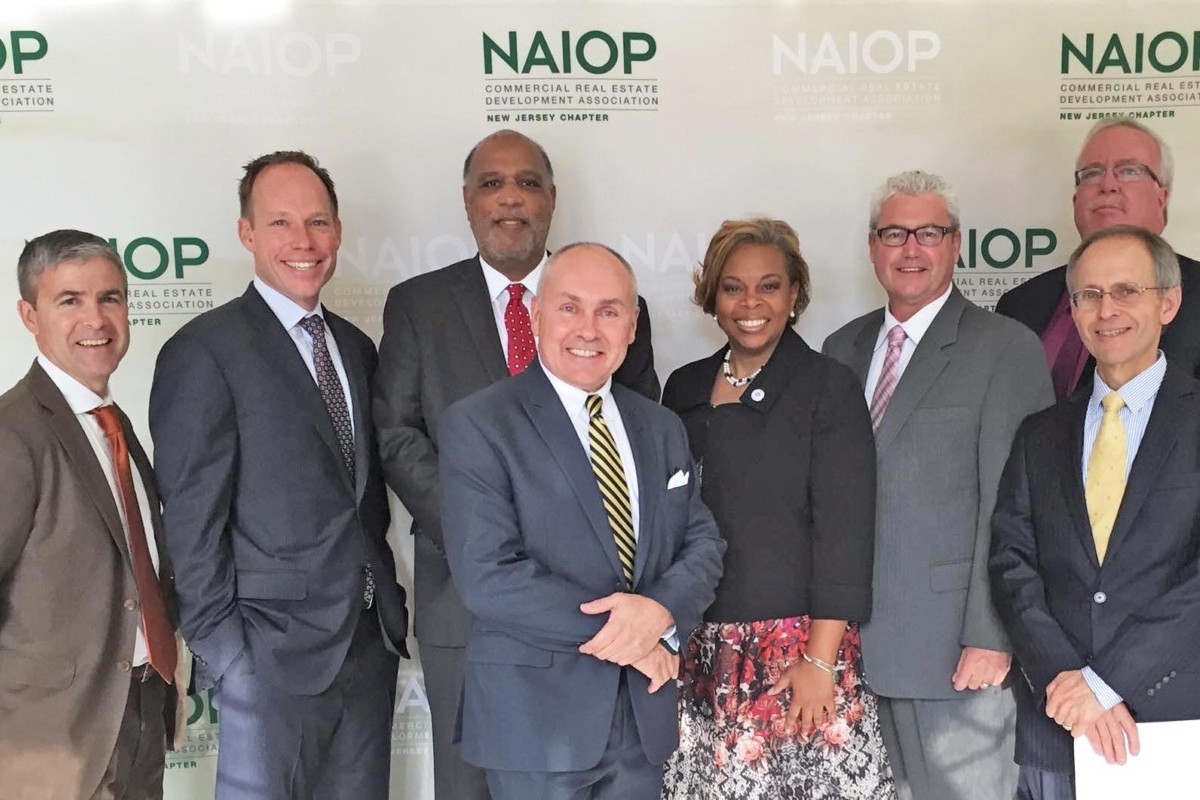 The mayors of four diverse towns in New Jersey discussed key drivers of the economic successes that are transforming their communities during NAIOP New Jersey’s “Obstacles into Opportunities” forum.

“They have also partnered with local developers and invested significant resources toward their infrastructure.”

“Jobs are the foundation of any economic recovery and that is what we are focusing on,” said Scudder, noting that the state has added approximately 51,000 jobs this year.

“We have experienced a long secular decline relative to the rest of the country, and some of the factors that need to improve – and are being addressed – involve inflation, corporate business and sales taxes, and achieving a balanced budget.”

According to Scudder, the recently signed Transportation Trust Fund legislation includes significant tax relief for residents of the state while ensuring funding for critical infrastructure projects.

“Strengthening New Jersey’s infrastructure is about repairing roads and bridges as well as attracting institutional investment.”

The featured mayors are not only leading revitalization in their municipalities, but setting an example of what can be accomplished across the state.

Discussion leader George Sowa, Greater Trenton CEO and former President of NAIOP NJ, noted, “These distinctive municipalities are transformative communities that share the allure of safety, activity, the arts, public transportation hubs and a wide range of shopping and dining.”

Mayor Jackson of Montclair said his township has benefited from investments in a new hotel, office buildings and retail.

“We worked hard on economics and focused on fiscal competence, resulting in a new triple-A rating,” noted Jackson. The arts-oriented, foody town attracts young families and new generations of residents, and the mayor believes that public transportation has been a positive influence.

“You can walk to a train from anywhere in town.”

Mayor Dougherty said that Morristown has evolved into a young Millennial and hipster town with successful residential developments.

“The next big opportunity is developing Class A office space,” Doherty noted. “There is considerable corporate demand in Morris County, and we can’t build fast enough to accommodate it.”

Camden’s Mayor Redd said, “The private and public sectors are working together to transform our city, and there are currently $750 million in new developments taking place.

She credited fiscal accountability and “Eds and Meds” (educational and medical facilities) partnerships for the city’s positive turnaround.

Mayor McCormac of Woodbridge proudly highlighted the township’s diverse population and said, “We have worked on our roads and public transportation, and as a result, industry, warehouse, offices and residential are all burgeoning in the township.”

The mayors agreed that the bottom line for forward progress in their municipalities is the arts, education and public safety. “Combined with job creation, these have become Camden’s positive building blocks,” said Mayor Redd.

According to Mayor Dougherty, Morristown’s One Percent for Art initiative “is a key factor in our town’s revitalization.” The program requires one percent of capital costs up to $100,000 for new redevelopment projects to be designated for public art.