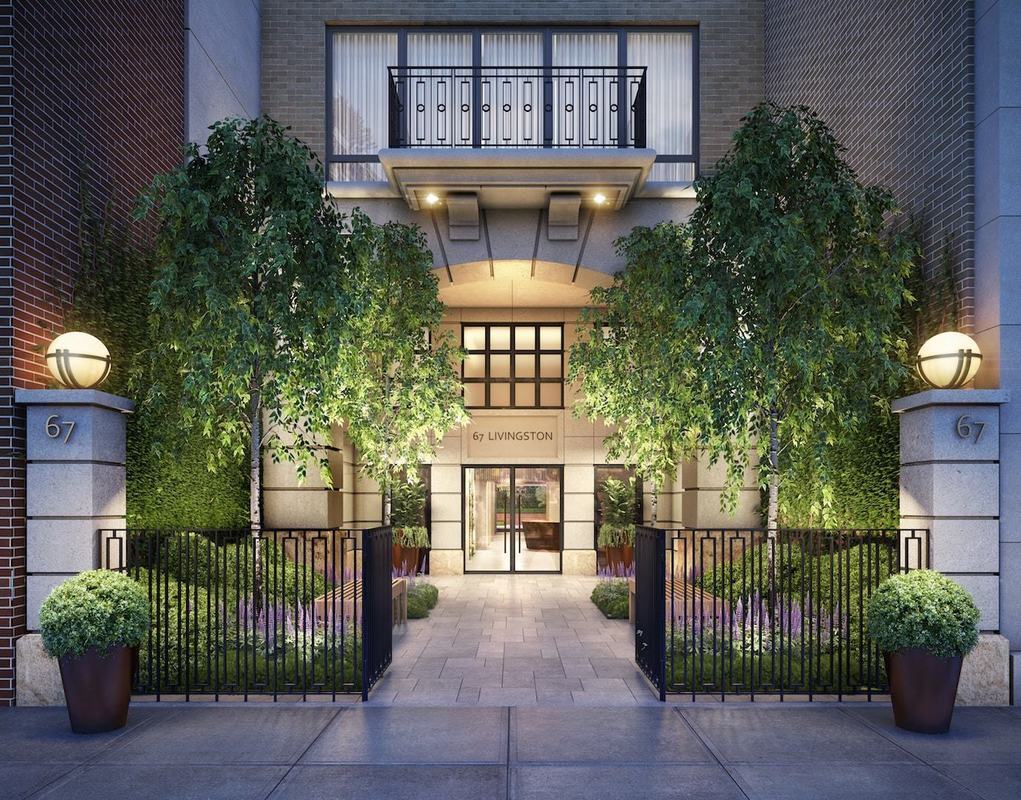 The collection of 38 homes, designed by DXA Studio, offer and opportunity to own a brand new home encased in a historic facade.
The developers have combined two pre-war buildings to create one new condominium. The apartments range from two- to four-bedrooms with pricing starting at $1.725 million for a two-bedroom.

Stribling Marketing Associates is the exclusive sales and marketing firm.

A collection of three townhouses and four penthouse apartments are also available for rent. Completion for the six-story property, located at 33-01 38th Avenue, is expected in April 2018, while move-ins are slated for July 2018.

The project, which was formerly a commercial building, was designed by architect GreenbergFarrow and is being developed by The Hakimian Organization. Long Island City-based brokerage firm Modern Spaces is exclusively marketing and leasing the property.

“The Addition LIC was designed to transform an idle commercial building into 94 warm, welcoming homes by adding several floors above the existing property, hence the project’s name, The Addition LIC,” said Jay Hakimian of The Hakimian Organization.

Indoor amenities include a fitness center, billiards room, game room with an arcade, a screening room and bike storage.

The building’s exterior is being reimagined by HTO Architect, and CetraRuddy is transforming the interiors.

SJP Properties announced that leasing is underway for Phase II of The Modern at 100 Park Avenue in Fort Lee, NJ.
A mirror image of The Modern’s first tower — a 47-story glass building— the second property has 450 studio, one-, two- and three-bedrooms.

In total, The Modern’s two phases comprise 900 luxury rentals and 150,000 s/f of indoor and outdoor amenities.The opening of Phase II comes on the heels of the first tower reaching nearly 100-percent leased.

“There is really nothing else like The Modern available to renters in New Jersey,” said Steven Pozycki, founder, chairman and CEO of SJP Properties.

“No other community offers the unparalleled combination of high-end features and finishes, resort-style amenities and inspired architecture that’s found here.

“We’re excited to have delivered an iconic development that is shaping the future of Fort Lee, and we look forward to welcoming our newest residents to Phase II.”

Both skyscrapers have 75,000 s/f of amenities. The new tower has a bowling alley, internet café and co-working space, infinity pool, basketball court and rolling lawn.

SJP has also begun construction of a nearly-two-acre public park that will be situated between The Modern’s two towers.

SJP Properties is developing The Modern in partnership with PGIM Real Estate and Northwestern Mutual Life Insurance Company. The Bozzuto Group is The Modern’s exclusive leasing and management firm.

Ginsburg Development Companies (GDC) has officially opened 1177 @Greystone, a new boutique luxury rental in the Greystone neighborhood of Yonkers.The three-story building at 1177 Warburton Avenue has 55 apartments, many with balconies offering views of the Hudson River and the Palisades.

The property has a Club Room, fitness center, Deck Lounge overlooking the Hudson, indoor parking garage and bike racks.
Residents also have full membership privileges to the amenities at nearby River Tides at Greystone which includes an outdoor pool, BBQ pavilion and spa.

1177 @Greystone is a transit oriented development a short walk from the Metro-North Train Station offering a 32-minute commute to Manhattan.