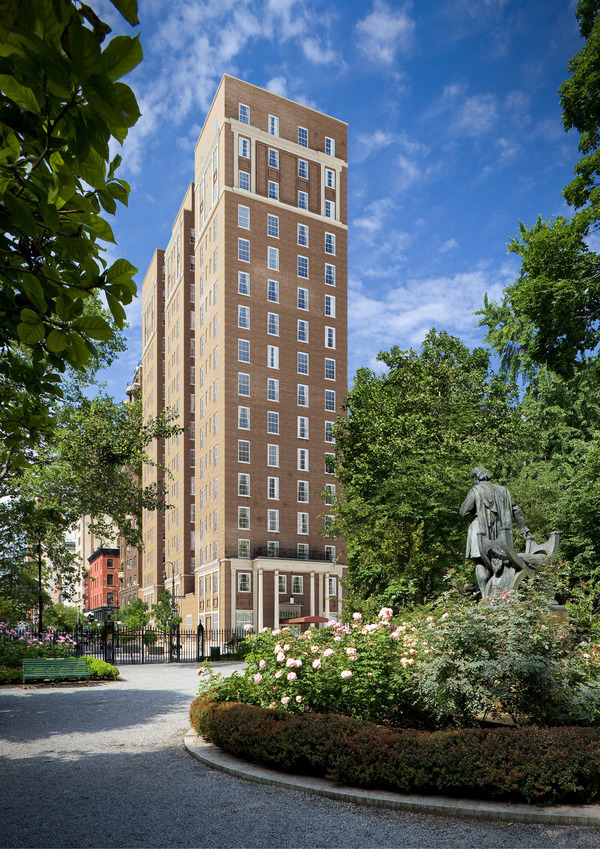 Apartments in Midtown South and Lower Manhattan dominated last year’s list of highest-priced new developments, according to a report from CityRealty.

Prize for the year’s second most expensive development went to The Abingdon in the West Village. Nine of the 10 units in FLAnk’s converted nursing home closed for an average price of $2,888 psf.

The Toll Brothers building was the only one of the top ten highest priced new developments located north of 32nd Street.
The dominance of the southern end of Manhattan in last year’s new development sales goes along with the fact that most of the buildings on the list are quite small, according to Pete Culliney, an analyst at CityRealty.

“There’s a concentration of smaller, boutique kind of places that were in infill prime areas,” Culliney said, reflecting the fairly recent post-downturn start date on these projects.

“Developers were able to make a 20-unit project happen in three years. They’re low-rise neighborhoods for the most part Downtown.”

Half of the 18 projects surveyed by CityRealty had pricing of more than $1,750 psf.

The Manhattan New Development market in 2013 benefited from a general lack of sales inventory, according to the report, which speculated that final pricing may have been even more impressive if not for the fact that many sales contracts for these projects were signed in 2011 and 2012.

Other top-priced developments on the list include 111 Mercer Street in SoHo, 345 Meatpacking in Chelsea, The Whitman in the Flatiron District, 70 Green Street in Soho, 241 Fifth in the Flatiron, 250 Bowery in Nolita and the Laight House in Tribeca.