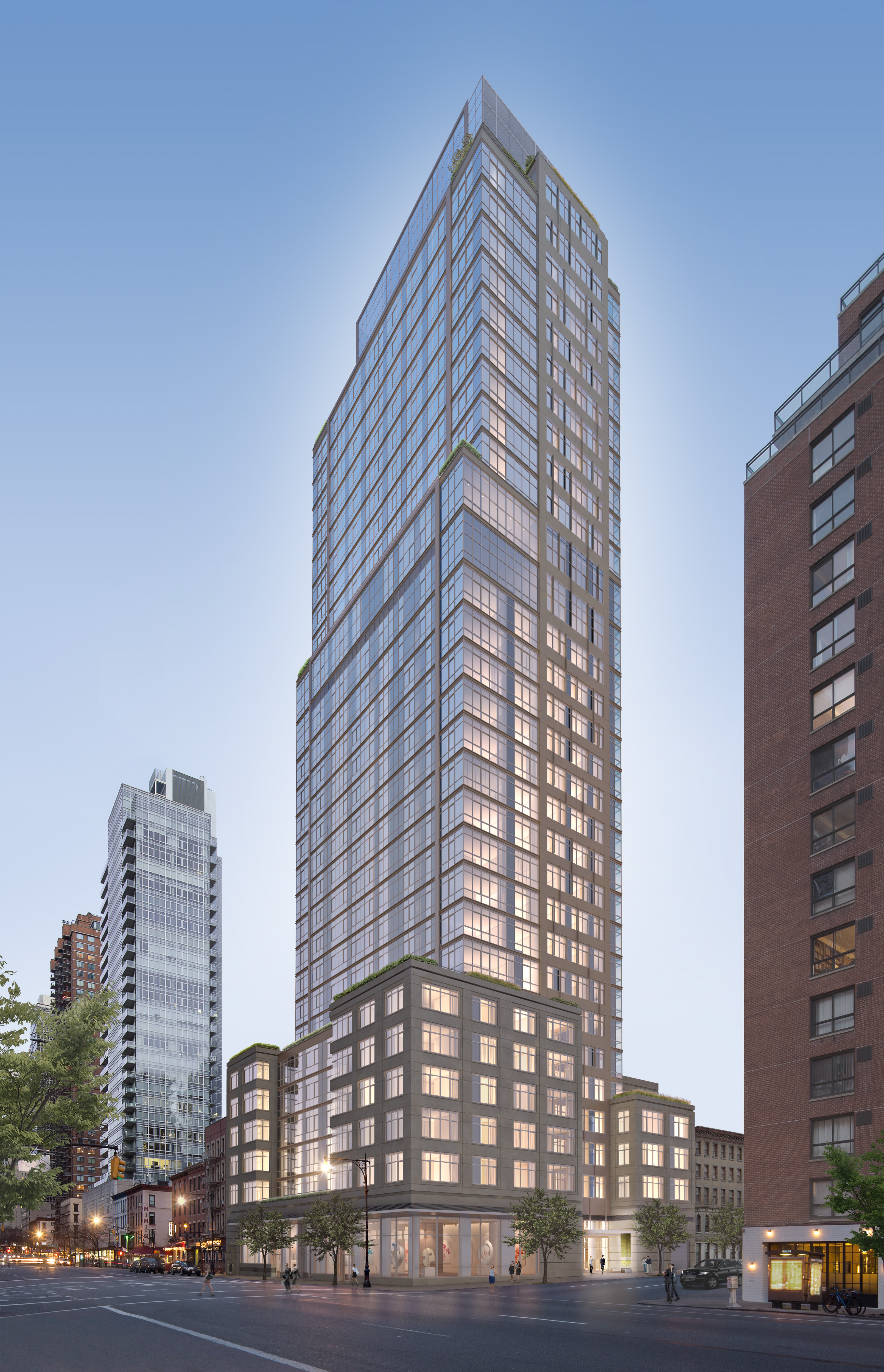 In an age of sky-high asking prices, apartments in Halcyon are almost a bargain.

But although HFZ Capital’s latest crown jewel in midtown offers living space for an average price of less than $2,000 per s/f, there is nothing cheap about the building.

From its oak floors to its Hamam-style spa, the 32-story tower oozes luxury.

Scheduled to be ready for occupancy in early 2015, Halcyon is close to 40 percent sold, according to HFZ’s president Ziel Feldman.

This is an impressive rate, considering that marketing of apartments only began officially in September.

The tower, at 305 East 51st Street, features a total of 123 one-to-four bedroom luxury residences. Pricing ranges from $1.565 million to over $10 million, although the two penthouses haven’t hit the market yet. The building is marketed by Corcoran Sunshine Group.

Halcyon was designed by renowned interior architect S. Russell Groves, who was recently named to the AD100 roster by the Architectural Digest.

“S. Russell Groves has crafted a vision of ‘casual glamour’ for the interiors which is carried throughout — from the lobby, to the residences, to the full suite of amenities on the 21st and 22nd floors. The building will also offer wonderful open views in all directions,” according to Tricia Hayes Cole, executive managing director of Corcoran Sunshine Marketing Group.

Bronze touches and warm colors will dominate the apartments’ interiors, if the model apartment near the construction site is any indication.

The staircase in the building’s spacious lobby will also be covered in bronze tones, with a chandelier resembling giant, connected paperclips hanging above.

“The idea of the building is to create tranquility,” said Feldman. “We are trying to create a very Zen-like environment in the building.”

This ambition is perhaps most evident in the design for the common areas on the 21st and 22nd floors.

A few doors down, residents will enjoy a bath modeled on a Hamam. Common in Turkey and Arab-speaking countries, Hamams contain heated stone benches and faucets for a very unique bathing experience. The 22nd floor will also feature a 52 ft. indoor swimming pool with floor-to-ceiling windows.

The common floors will boast a library and a landscaped terrace, as well as a “sky lounge” with dining area.
Halcyon’s apparent success marks a stark turnaround for a site that had hardly ever made positive headlines before HFZ bought it.

James Kennelly had started building a residential tower on the site, when a crane fell down in 2008, flattening a neighboring house and killing seven. Shortly after the tragedy, Kennelly ran out of money and HFZ stepped in.

“We purchased the site in 2009, after the credit market had collapsed, at probably one of the biggest discounts at the time,” Feldman recalled. “The price was unheard of.”

From the beginning, Feldman was convinced that he could add significant value to the site. But to realize its vision of a luxury residential tower, HFZ had to do some demolition work on the skeleton of Kennelly’s project, and bought a neighboring corner parcel.

Elizabeth Stern, also part of the Corcoran Sunshine marketing team, believes that the Halcyon’s neighborhood is one of its biggest appeals.

“It is close to the United Nations Headquarters and the FDR drive, and yet still in a nice neighborhood,” she said. займ без отказа