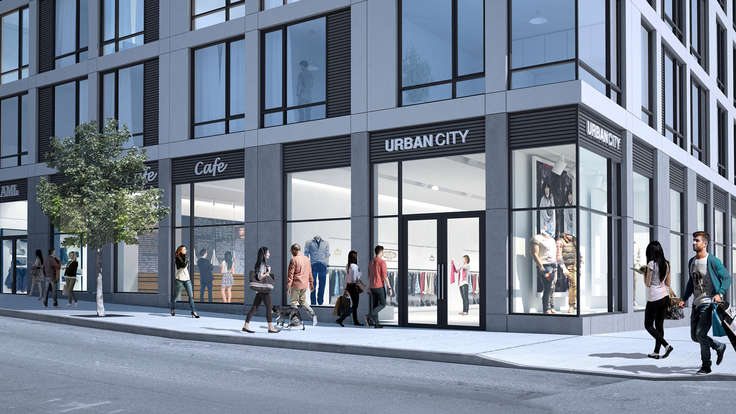 Greystone Development announced the official start of leasing for Myrtle, located at 531 Myrtle Avenue in Clinton Hill, Brooklyn.
Myrtle is the first of a pair of luxury rental buildings known as Myrtle & Steuben nearing completion on the intersection of the same name. 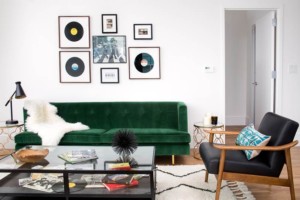 The second phase of the development, Steuben, is located around the corner at 100 Steuben Street and is anticipated to launch later this year.
Jeffrey Simpson, Head of Greystone Development, said, “With the growth of Brooklyn and our past success with Printhouse Lofts in Williamsburg and Waterbridge 47 in DUMBO, we are very excited to expand our presence into Clinton Hill.”
531 Myrtle has 29 residences including studio, one-, and two-bedroom units, many with private outdoor space. The anticipated rents start at $2,300.
Myrtle amenities include a fitness center, rooftop terrace with lounge and BBQ area, virtual doorman, bike storage, and washer and dryer in each unit.
100 Steuben offers 43 residences consisting of studios to three-bedrooms. The anticipated rents start at $2,300.
Steuben amenities include a fitness center, rooftop terrace, virtual doorman, bike storage, resident storage and resident lounge.
The duo was designed by AB Architekten. Dave Maundrell and his team from Citi Habitats New Developments have been named the building’s exclusive leasing agents.

Developers Myles Horn, ABC Properties and Fisher Associates have again come together, this time for the redesign of a post-war co-operative building in Forest Hills, Queens.
Sales have just begun for 21 one-, two- and three-bedroom renovated co-operative apartments in the newly redesigned Lane Towers.Located at 107-40 Queens Boulevard, Lane Towers is beside the 71st Avenue and Continental Avenue subway station . 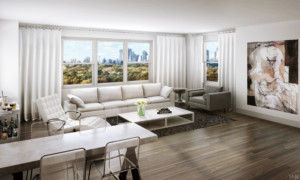 “We have a unique niche, which is helping to re-invent pre-eminent pre- and post-war buildings in New York City and help them compete in design, finishes and amenities with new development, all the while still affording buyers a more competitive price point,” said developer Myles Horn.
The architectural and interior design firm C3D, along with Gail Horn Design, is leading the redesign of the entry, lobby, hallways and re-crafted residences.
There are 21 residences initially available for sale. One-bedroom homes are priced from $410,000 to $$620,000. Two-bedroom start at $525,000. Three-bedroom homes are priced from $770,000 to $822,500.

Toll Brothers City Living announced that sales have been completed at 1100 Maxwell Place, a 210-unit luxury condominium located in Hoboken, New Jersey.
The 12-story building, designed by SLCE Architects with interiors by Stephen Alton, is a new addition to the Maxwell Place waterfront community.
In addition to Manhattan skyline views, 1100 Maxwell offers access to waterfront parks, a plethora of amenities, and on-site retail. Henry L. Waller, Vice President for Toll Brothers City Living, said. “The completion of sales of 1100 Maxwell is a testament to the fact that this beautiful neighborhood is a sought-after residential destination.”