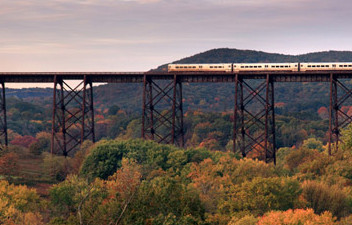 The Hudson Valley posted its best real estate sales results since the post-recession recovery period that commenced in 2011.

According to the Hudson Gateway Multiple Listing Service, a subsidiary of the Hudson Gateway Association of Realtors, Realtors reported 18,145 closings of residential transactions comprising single-family houses, condominiums, cooperatives, and 2-4 family houses.  This was a 12.5 percent increase over 2015’s total of 16,126 sales.

The fourth quarter numbers came following a sluggish first half of the year, although fourth quarter closings largely resulted from marketingactivity and contracts that took place in the late summer and autumn months, according to HAGAR.

The most impressive gains on both a percentage and volume basis were those posted for Orange County.

For the past several years the Orange County real estate market has been powered by sales of single-family houses in a narrow median price range, about $225,000 to $235,000, but prices have been creeping up.  The 12-month median sale price of an Orange County house was $229,000, an increase of 1.8 percent over last year.
For the fourth quarter the median was $235,000, an increase of 3.5 per cent over last year.

The Hudson Valley has been confronting an ever-tightening inventory situation.

Inventory is not yet so low as to stall the market, according to HAGAR, but it is low enough to create pressure for speedier decision-making by prospective buyers.
The Putnam and Rockland County markets performed fairly well in 2016.

Putnam’s $325,000 median sale price of a house was 4.8 percent above last year’s , although its condominium and cooperative sectors posted price decreases.
Putnam’s data, especially its percentages, are subject to large swings because Putnam’s sale base is small.

2016 was a good year for the real estate market in the four-county service territory of the Hudson Gateway MLS.  Buyers and sellers were able to work the market on a level playing field, notwithstanding the fairly low levels of inventory.

Unemployment rates decreased through the year and they show no signs of increasing again soon.

Both employment and investment security provide confidence to prospective purchasers to act on their intentions. Will these conditions continue into 2017 to power another strong year for real estate? HAGAR believes they will.

“The only prospective negative is that the new government in Washington will want to tamper with tax and regulatory policies that are important to real estate, such as the mortgage interest deduction. But that is months away, if it happens at all. In the meantime, seize the day,ˮ said the Association in a press release.