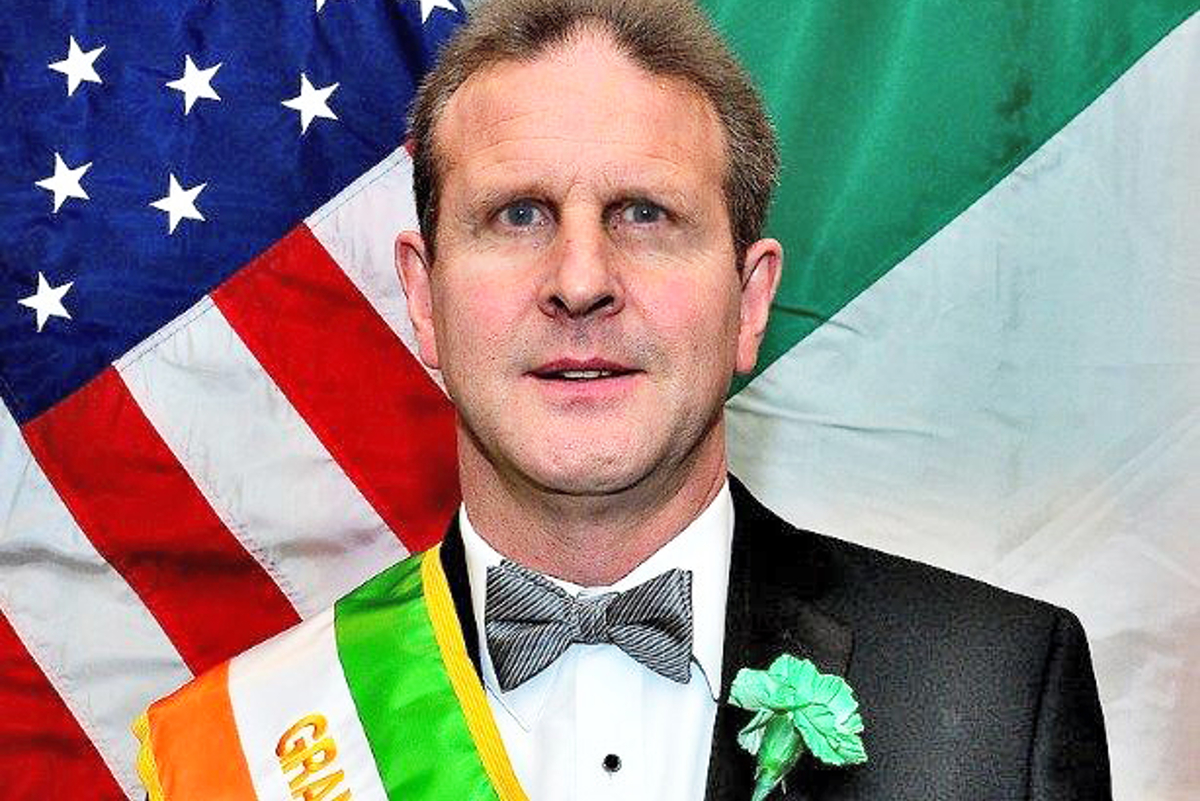 Every St. Patrick’s Day, the commercial real estate industry stands with the rest of America in paying tribute to the innumerable contributions that Irish-Americans have made to this country.

And here in the New York metropolitan area, Donal O’Sullivan serves as an example of all that an Irish immigrant can accomplish in the United States.

O’Sullivan’s career also shows how much a high-achieving immigrant can do to give back to the country that had helped fulfill his dreams of success.

Three years after emigrating from County Kerry in 1984 in search of work in construction, O’Sullivan joined with his family to create Navillus Contracting.

From its modest beginnings as a trade subcontractor with a handful of employees, Navillus has grown to become one of the country’s largest, independent, specialty contractors.

At any given time, the company has an average unionized workforce of 1,000 trade employees, complemented by a large back-office staff and multiple supervisors working on site.

As company president and CEO, O’Sullivan has focused Navillus’ attention on concrete, masonry, stone, tile, and general contracting projects, often working on many of the tallest buildings that dot the Manhattan skyline.

The firm’s award-winning reputation has earned it assignments on many of the city’s most prominent private and public-sector projects, such as the National September 11 Memorial and Museum at World Trade Center, Grand Central Station, Madison Square Garden, the US Tennis Association National Tennis Center, the NYC Emergency Management Center, One Vanderbilt, Manhattan West and the Second Avenue Subway.

Navillus’ commitment to safety is demonstrated by the company winning a BTEA Safety Award, the Skanska Safest Project of the Year Award, and the Construction Industry Board Award of Merit.

But it’s Donal O’Sullivan’s deeply charitable nature and his commitment to the surrounding community that has drawn praise from entities such as City & State, which recently named Navillus a winner of its Corporate Social Responsibility award.

“Those of us in the construction sector need to always remind ourselves that we are engaged in community-building,” said O’Sullivan.

In the aftermath of Superstorm Sandy in 2012, O’Sullivan mobilized 150 volunteers to undertake emergency cleanup operations in the hard-hit communities of Rockaway and Broad Channel.

Shortly thereafter, Navillus dispatched another contingent of 50 corporate volunteers — hardhats and office personnel alike — to provide additional, hands-on support to families whose lives had been so harshly disrupted.

Company volunteers established a “relief tent” command center in a church parking lot, distributing food and water for up to 4,500 people daily over a three-month period.

Navillus then broadened its Sandy mission to provide local residents and retailers with health and safety training specifically designed to prepare them to work without risk in flood-impacted buildings and homes as rebuilding progressed.

“Navillus was very active in the cleanup and recovery efforts in the Rockaways,” said Rev. Richard Ahlemeyer, pastor of the local Catholic church. “Their presence and efforts eased the burdens of so many of us whose lives were shattered by the storm.”

“All of us at Navillus had been proud to be lending a helping hand to the Rockaway community,” said O’Sullivan. “We developed friendships that have outlasted our physical presence there.”

OʼSullivan and members of the Navillus team went back to Father Ahlemeyer’s church school last December to make donations of needed technology in the form of forty Google Chromebooks, two wireless printers and a stocking full of holiday gifts for each student. In 2016 alone, Navillus Contracting donated more than $300,000 to charities throughout the region.

O’Sullivan’s Irish roots remain evident in his support for the Irish Arts Center, an arts and cultural center on West 51st Street that works to “project a dynamic image of Ireland and Irish America for the 21st century.”

He is also a member of the Kerryman’s Patriotic & Benevolent Association and the Kerry Football Club of New York.

And O’Sullivan, his wife Kathleen, and their six children regularly travel to Ireland to maintain a connection with their heritage.

Speaking of St. Patrick’s Day, O’Sullivan’s twin affinity for Ireland and the United States is reflected by his status as a leading American patron of the Thomas Meagher Foundation, which supports an array of patriotic, educational and charitable causes throughout the Emerald Isle.

Meagher was the 19th-century Irish nationalist who came to America to serve as a brigadier general in the US Army during the Civil War. Meagher assembled an “Irish Brigade” in support of the Union cause – a brigade comprised entirely of Irish immigrants.

In other words, the perfect hero for Donal O’Sullivan.