Moses Seuramtook the oath of as the 2017 secretary/treasurer of the New York State Association of Realtors (NYSAR).
A Realtor for more than 15 years, Seuram is an associate broker with Keystone Realty USA in Flushing.
Seuram is a past president of the Long Island Board of Realtors (LIBOR) and was named the board’s 2010 Realtors Associate of the Year.
He has previously served on and chaired numerous committees including budget and finance, education, professional standards and housing opportunities.
He won LIBOR’s Community Service Award in 2007, is one of the founding members of the Long Island Chapter of the Young Professionals Network (YPN), and received the YPN Lifetime Achievement Award in 2013.
At the state level, Seuram has served on the NYSAR Board of Directors since 2006 and has chaired the Organizational Planning Committee, Issues and Mobilization Committee and Legislative Steering Committee.
He is a graduate of the NYSAR Leadership Academy, a past member of the NYSAR Realtors Honor Society and an active participant in NYSAR’s annual Lobby Day.
At the national level, Seuram serves on the Federal Financing and Housing Policy Committee and on the board of directors.
••• 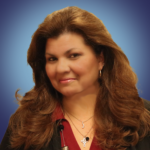 Racanelli Realty Services announced the appointment of Dorothy Mochi-Edsell as Property Manager, Residential Properties.
Mochi-Edsell will leverage her 15 years of experience for numerous properties to oversee all day-to-day operations of the residential properties under the company’s management, which includes The Hamlet at Willow Creek.
Prior to joining Racanelli Realty Services, Mochi-Edsell served as a Property Manager with CAMCO Services. Additionally, she was a Property Manager with The Management Company of Blue Point, Inc. Mochi-Edsell began her career in property management as an Administrative Manager with the Sagamore Hills Condominium, a community of 292 units,
Mochi-Edsell holds an Associates Degree in Business from Suffolk Community College.
•••
Gian Mitchell has joined Leslie J. Garfield & Co. in an associate position working directly under Matthew Lesser and Ravi Kantha. Prior to joining Leslie J. Garfield, Gian worked in the retail industry with Abercrombie & Fitch managing multiple flagship stores around the country.
Elana Zinoman has joined Leslie J. Garfield & Co. in an associate position working directly under Matthew Pravda and Christopher Riccio.
Elana attended The State University of New York at Oneonta where she graduated with a B.A. in Business Economics.
Jason Zylberberg has joined Leslie J. Garfield & Co. as Director of Marketing. Jason will oversee all marketing initiatives across print and digital platforms.
He was previously Marketing Manager at Stretchline Industries before joining the townhouse specialists.
•••
TripleMint announced the arrival of agent Gregory Moers to the team.
Born and raised in Los Angeles, CA to a real estate family, Moers has 10 years experience first in commercial development and then residential transactions.
Moers worked on the #1 team in the Financial District at Douglas Elliman. He sold three new developments in the last two years, and worked on the luxury condominium development, 75 Wall Street.
A graduate of California State University, he majored in marketing at Northridge’s Business Program.
•••
Halstead Property announced that Itzy Garay has joined the firm as Executive Director of Sales for the Park Avenue Office.
Garay will work closely with John Wollberg, Executive Vice President and Managing Director. Together, they are responsible for the day-to-day 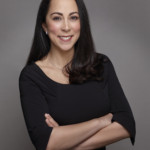 management of Halstead’s Park Avenue Office.
With 16 years of real estate experience, Garay has overseen more than 10,000 sales and leasing transactions over the course of her career.
Prior to joining Halstead, she served as Executive Vice President of Sales and Leasing for Town Residential and, before that was a manager at Citi Habitats.
•••
Jim Weichert, chairman and CEO of the Weichert Companies, announced that James Weichert Jr. has been named president of Weichert, Realtors. 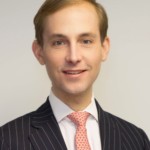 Along with his father, James will also continue to serve in his current position of co-president of the Weichert Companies, a family of more than 15 real estate, financial services, workforce mobility and affiliated service businesses.
Throughout his career, Weichert Jr. has succeeded in a number of increasingly important positions throughout the company. He began his career with Weichert as a sales associate in the Jersey City office and subsequently directed business development at Weichert New Homes.
He became regional vice president, overseeing the management and sales operations of several sales offices.
After that, James worked with the chief financial officer to gain financial insight across the Weichert Companies.
Prior to joining Weichert, James Weichert Jr. graduated magna cum laude from Harvard University.
•••
Ellis Sotheby’s International Realty announced that Naomi Vargas has joined the firm as a licensed real estate salesperson.
Vargas previously served as a licensed real estate salesperson since 2006 in Piermont, New York.
A 20-year Rockland County resident, she is fluent in Spanish and worked in health-care management for two decades earlier in her career.