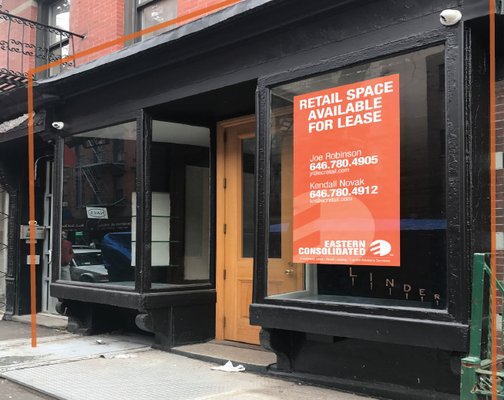 Eastern Consolidated’s Retail Leasing Division has arranged a 10-year, 450 s/f lease at 128 Thompson Street in SoHo for A6 Nails, a 17-year-old nail salon chain with five locations in China.

The SoHo site will be A6 Nails’ first shop in the United States.

Robinson said, “Since launching the business in 2000, A6 Nails has become a leading luxury nail salon in China with five locations in the city of Yichang, Hubei Province.”

A6 Nails offers only organic products and is known for its stylish interior designs.