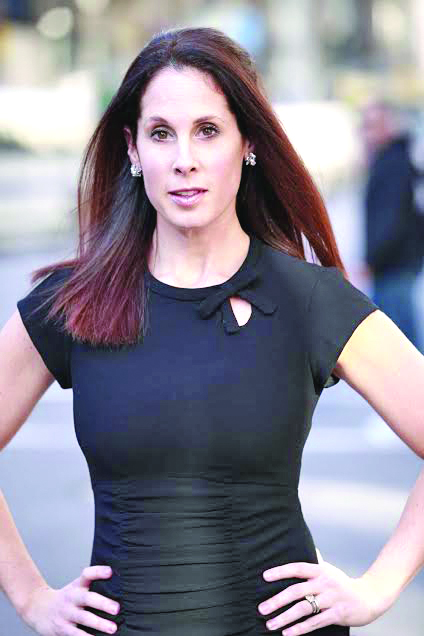 Margaret Streicker Porres has made a habit of beating the odds.
As a graduate student at Columbia, she claims to have been the first person to receive Masters degrees in architecture and real estate development simultaneously.

She converted her first property while she was still in school. And she has found considerable success as a female entrepreneur in a field that is about as hospitable to women as the Siberian timber industry.

The founder and president of Newcastle Realty Services may be one of the female pioneers in commercial real estate, but she is not one to boast about it. “It can be (an obstacle) or it can’t be – it depends on how you choose to start your day,” she said of her gender.

In some cases, she has lost deals because she is a woman. Streicker Porres even recalls a male real estate executive telling her bluntly that he would rather trust a man with a property, explaining why he turned her offer down. But in other cases, she says, Newcastle won deals precisely because it is a woman-owned company.

Either way, Streicker Porres’ track record is impressive. She founded Newcastle Realty Services, which redevelops and manages ageing multifamily buildings in New York City, in 2004. Since then, the firm has grown to 85 employees. According to the firm’s website, it has more than $450 million worth of assets under management.

In January, Newcastle bought an 80,000 s/f mixed-use building at 101 West 78th Street on the Upper West Side for $50 million, which it is looking to redevelop.

Beyond that, Streicker Porres is very guarded about her company’s activities. She declined to say what kind of funds she has partnered up with, or which other projects she is working on. While the firm specializes in multifamily properties, she said she is open to branching out into office and industrial.

Streicker Porres declined to tell Real Estate Weekly where she lives, and there is a reason for that: she has repeatedly been the victim of threats from disgruntled former tenants. These threats are a reason why she has avoided the press for a number of years, Streicker Porres explained.

They are also an almost inevitable by-product of redeveloping run-down and often rent-regulated properties. After all, rehabilitation often involves vacating buildings that soon become unaffordable for some of its previous tenants

Streicker Porres insists she does not kick out any tenants who have a right to stay, declining to elaborate on the matter, but that doesn’t mean there’s no conflict. A 2006 New York Times article claims she has “taken on her tenants in five separate downtown rent-regulated buildings”.

The article also describes how she filed proceedings against rent-regulated tenants at her first investment, a townhouse in Greenwich Village, in order to get them out. She then sued to evict tenants in two units, according to the piece, and eventually settled.

Sometimes Streicker Porres’ conflicts with tenants are a bit more bizarre. She says she once discovered a cock-fighting and a prostitution ring in two of her apartments. “We always work with the local authorities,” she said laconically.

“It was an industrial building in the late 90s, I mean, how badly could we screw up,” she joked. She finished the project working late nights and on the weekends, having already started a management trainee program at Tishman Speyer.

Streicker Porres left the firm after one year. “I got put through the wringer there,” she recalled. She was the only woman in the program and significantly younger than everybody else. Instead, she decided to set out on her own.

In 2002, she founded West Village Corner Realty — although she soon discovered that the name was too self-limiting. When she started buying properties in Chelsea, she renamed her firm Newcastle Realty Services (“because we build new castles”).

Streicker Porres describes herself as a workaholic, which may be the only way anyone can juggle running a company and raising four young children (aged three months to nine years). Her husband, Eric Porres, is the chief marketing officer at the online marketing firm Rocket Fuel.

She said being the boss of her own company gives her the flexibility to be with her kids in the evenings and finish her work at odd hours — for example late at night. “I would have fired myself by now if I was my own employee,” she said, laughing. срочный займ без проверок