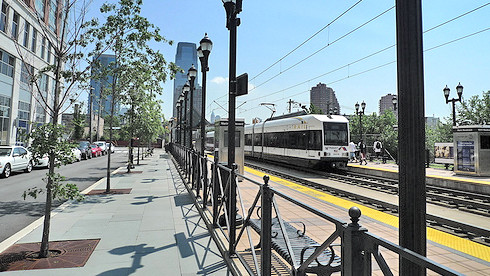 For funds being allocated to acquisitions and the availability of product for sale, the multifamily sector is seeing strong investment demand overall and ready capital targeting certain asset classes.

The “chosen” asset classes are those best positioned to benefit from the demographic shifts in favor of apartment living – people in search of a more urban lifestyle and a waning desire to own.

Those are some of the takeaways from the recent National Multifamily Housing Conference (NMHC) – trends that are very much in play for the year ahead and beyond.

The three assets classes, or investment strategies, that were commonly part of most investors’ 2016 game plans, were development joint ventures, forward purchases of communities nearing completion, and Class B communities in urban-suburban areas that have walkable retail, public transit, and development of Class A communities over the past decade.

The matrix for New Jersey is that it is a market interlinked with New York City by a public transit system and commuting times that can rival being in the city itself.

As rents and condo prices in Manhattan and Brooklyn have continued to soar, at pricing that can be double to three times that of New Jersey, more people have made the decision to move off the island in search of a better value proposition.

One of the more attractive places for those who relocate has proven to be New Jersey’s Gold Coast, stretching south from Fort Lee to Bayonne.

As a result, the fundamentals of multifamily product in Northern New Jersey have remained strong and are expected to continue in the near future. The 5-year trailing average annual vacancy has been 4.1% versus the forward looking 5.2%, according to REIS.

The same statistic for asking rent growth has been 3.0% versus 2.3%. Although the projections are slightly divergent form the historical averages, the statistics still point towards stability and positive rent growth.

These are the reasons Northern New Jersey is on everyone’s radar — including the largest investors, including pension fund advisors, life companies, and REITS.

We heard time and again that these industry players have their sights set on being net buyers in 2016, adding to their portfolios, whether through development joint ventures or the acquisition of existing assets.

Supported by this sentiment, we are expecting unleveraged rates of return, or cap rates, in this market to remain where they have historically been tracking — in the mid-four percent range for best in class product.

Beyond the Hudson River Gold Coast, there is also a spillover effect of rental housing demand within New Jersey, especially within a 45-minute train ride of Manhattan.

An interesting take-away from the NMHC conference is how investors are further defining what a “TOD,” or transit-oriented development, means and what elements it has to exemplify to qualify.

The percentage of residents who are actually using the train on a daily basis should be 50 percent or greater, a green grocer should be within a five to 10 minute walk, and there needs to be a downtown core nearby that includes multiple restaurants, bars, and necessity retailers. It is those municipalities and apartment communities that are on investors’ must-have lists.

In further support of the growing focus on acquiring in TOD locations, we had multiple meetings at the NMHC event where investors brought along a NJ Transit train line map.

They noted specifically that they were most interested in following the train lines as they head west out of Penn Station to see what opportunities there were to either develop or buy existing communities in the towns serviced by the rail.

Another trend worthy of notice is that there is a shifting focus to Class B apartment properties, especially in areas that offer walkable retail and provide the opportunity for value-add upgrades.

This is driven by the anticipation that annual rent growth for renovated Class B apartments will outpace that of Class A communities.

The rationale is that of a deeper pool of affordability, willingness of residents to pay for freshly upgraded unit finishes, and competition constraints.

Student housing was also heard as an investment target more frequently this year than in years prior.  That is definitely being viewed as a growth market with returns more compelling on risk-adjusted basis compared to conventional multifamily.

Lastly, we were frequently questioned about vacant suburban office properties that can be put into play for being redeveloped as residential.

Investors are taking notice of the multiple instances in which a corporate campus that is functionally obsolete has been sold and successfully redeveloped.

The attraction stems from the sites typically having great linkages to major highways, making for ease of commuting. The sites are also usually in desirable communities that have built up around them over decades, making it a prime location for housing.
Last year, we tracked multifamily transactions of $10 million or more totaling $769 million in Northern New Jersey. In 2014 we tracked similar transactions totaling $941 million.

Our outlook is that the investment activity in 2016 will continue to mirror the past few years and fall within that band, averaging in the $800 million range.

In closure, there is definitely a palpable sense of demand by investors, which will create an active, liquid sales market in the year ahead. Asset appreciation should continue as rental growth stays positive and cap rates remain stable.

Capital remains bullish on the multifamily sector, and is still looking for opportunities that span all investment profiles from development joint ventures through existing, trophy urban core assets.