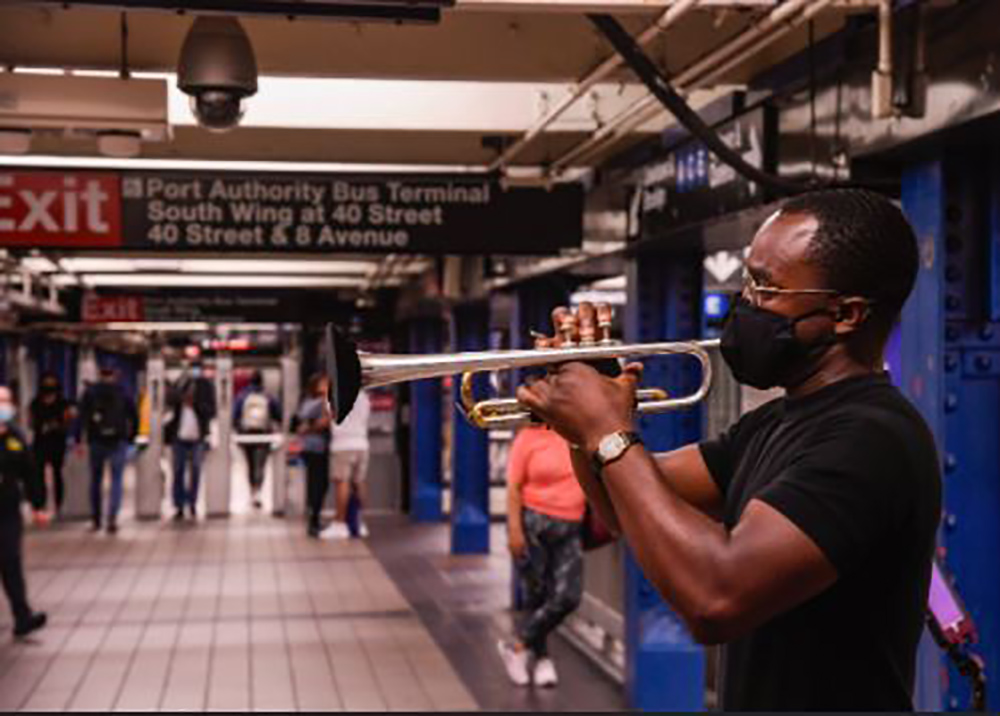 The Metropolitan Transportation Authority has relaunched its Music Under New York program as it works to restore ridership to pre-pandemic levels.

With new surveys showing most city workers are more worried about their personal safety that COVID infection, the return of the underground artists is viewed as another measure to get the nation’s largest transit system back to normal.’

Last month, the city directed 250 extra police officers to patrol the subways in an effort to allay fears following a spike in crime.

Now, more than 14 months after the pandemic shut them down, a dozen performers affiliated with the MTA’s Music Under New York program have resumed performances.

Music Under New York dates back to 1985. Prior to COVID, MTA Music featured 350 musical acts and put on roughly 12,000 performances annually.

“I am so thrilled we’ve finally reached this moment,” said MTA Arts & Design Director Sandra Bloodworth. “The last year has been so challenging for all of our artists and to see this special program return underground is a testament to the hard work and sacrifice of so many New Yorkers.  Public art and music are such a vital part of this city’s cultural landscape and going 14 months without these performances has left a void in the city’s artistic life. Today, that void ends and we begin to return to the beauty and joy that has always defined this model public arts program.”

The Metropolitan Transportation Authority carried 5.5 million people on its subways every weekday before the Covid-19 outbreak. According to reports, it is currently at 40 percent of pre-pandemic levels.