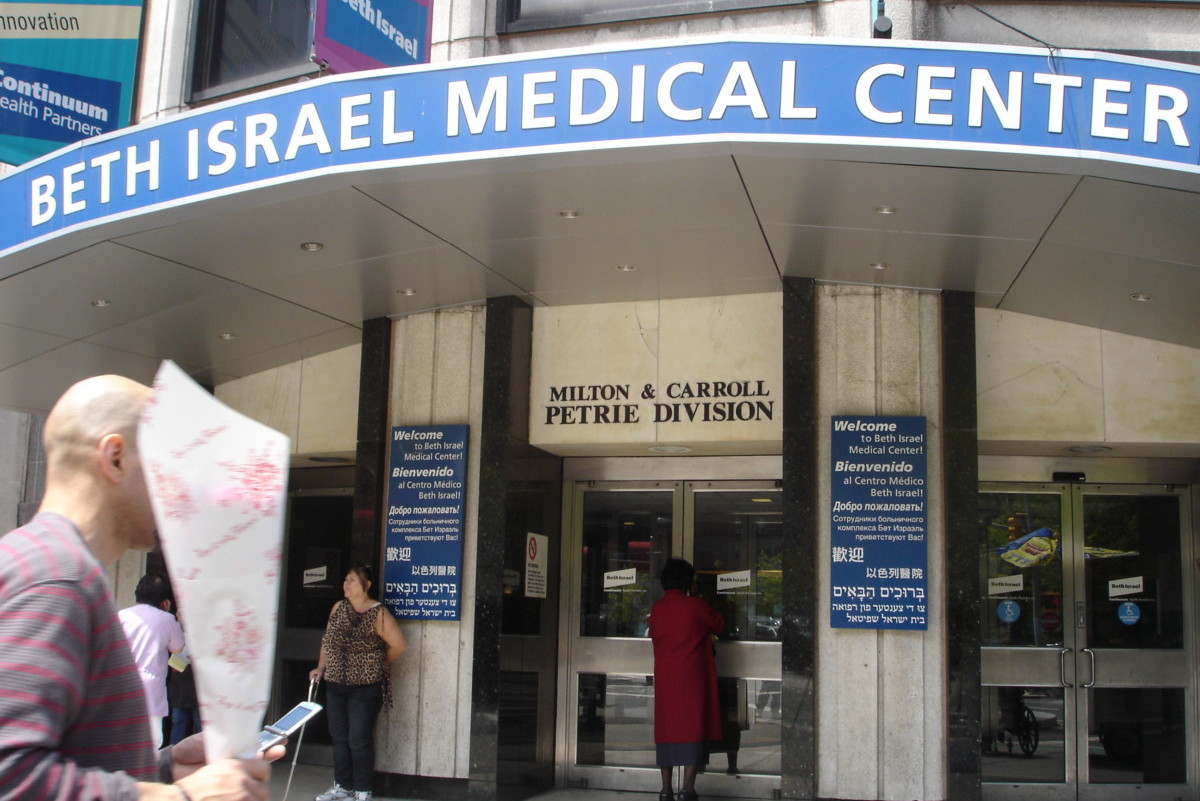 Mount Sinai is set to sell off the last remnants of the former Beth Israel hospital as it works to create a smaller, more efficient network of hospital facilities to serve downtown Manhattan.

The hospital confirmed last week that the main campus on First Avenue and 16th Street will be sold along with several other properties.

The main hopsital building is said to be worth around $600 million along, according to a report in the Wall Street Journal.

The Bernstein Pavilion, an in-patient facility near Stuyvesant Square Park that is currently home to methadone and addiction programs as well as psychiatric services, will be upgraded as part of a $500 million program to create the new Mount Sinai Downtown network.

There will also be a “substantial investment” in the Phillips Ambulatory Care Center in Union Square where renovations are apparently already underway. A smaller Beth Israel hospital will be created on 14th Street and Second Avenue at a cost of $250 million, according to a hospital spokesman.

The new hospital will have 70 beds and a “state-of-the art” emergency department. This is a drastic reduction from its current number of beds, which is 856.

In its announcement, Mount Sinai cited a lack of demand for those beds, even after the closure of St. Vincent’s in 2010. In fact, the company said, demand for inpatient beds at its own hospital and others, including Bellevue and NYU Langone, has declined.

“On average, less than sixty percent of the hospital’s licensed beds are occupied and patient volume at the financially troubled hospital has decreased by double digits since 2012,” the hospital said. However, Mount Sinai said that should demand for beds increase, they’d be added at the new building. The transition, which will focus on “expanded primary, specialty, behavioral and outpatient surgery services” is expected to take four years. In the meantime, Mount Sinai said services at the current Beth Israel campus will continue uninterrupted.

This follows a recent report in Crain’s that said Beth Israel and its affiliates lost $85.6 million in the first nine months of 2015, citing financial statements.

“For several years, we have been transforming the Mount Sinai Health System toward a new model of care,” said Kenneth L. Davis, MD, president and CEO of Mount Sinai, “where the focus on keeping entire communities healthy and out of the hospital. Mount Sinai Downtown is a dramatic next step that will enable us to improve access and increase quality by providing care for residents of downtown Manhattan where they live and work.”

Jobs at Beth Israel have been shed since Mount Sinai’s takeover from Continuum in 2013 and at least one building, Gilman Hall, which houses medical residents, was already being cleared out and readies for sale.

Council Member Dan Garodnick said he had some concern about the sharp decrease in the number of inpatient beds and wondered if a trimmed down hospital could meet the community’s needs.

“MSHS’ proposal for a new, state-of-the-art emergency room that can handle heart, stroke and pediatric emergencies is welcome and much needed,” Garodnick said. “However, the planned reduction of licensed in-patient beds from 856 to 70 raises real questions about whether that is adequate capacity for the downtown community.”

He added, “We will also be taking a hard look at Mount Sinai’s plans for its real estate, and will work to ensure that a purchaser of any of the sites respects the existing community character.”

Beth Israel, originally located on the Lower East Side, was founded by Orthodox Jews in 1890 (some say Polish and Russian Jewish immigrants). It moved to its current location in what was then a new building in the Stuyvesant Square neighborhood in 1929.

Lenders: Get a Leg up with Technology