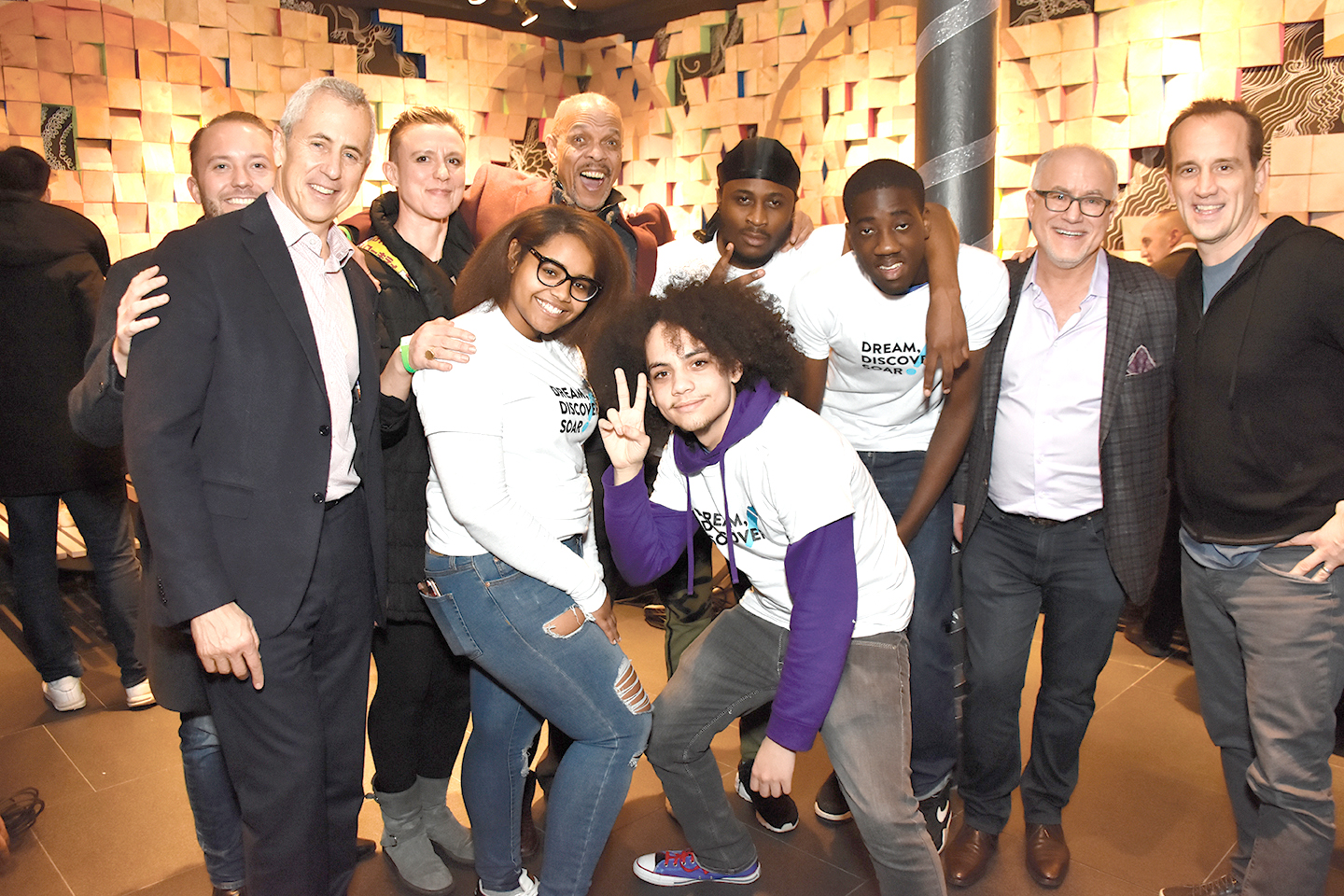 Meyer shaking things up in Harlem

The management team of the popular burger franchise commissioned Creative Art Works to produce a mural that would wrap around the front and side of its Harlem, which opened in December.

“Danny Meyer has built his success on a people-centered business philosophy; likewise, Creative Art Works operates from an asset model of education, which recognizes that young people bring a lot to the table, including creativity, energy, enthusiasm and valuable insights about their own neighborhoods. It feels as if Shake Shack and CAW go together like burgers and fries,” said a spokesman for CAW.

CAW assembled a team of Youth Apprentices for the Shake Shack commission and they joined Meyer and his team at the 3,754 s/f Harlem restaurant for the dedication.

Spawned from a food cart in Madison Square Park in the early 2000s, Meyer grew Shake Shack to a global phenomenon with 250 locations around the world. One of the nation’s fastest growing food chains, it went public in 2014.

As CEO of Union Square Hospitality Group (USHG) Meyer continues to own and operate a slew of successful eateries, including Gramercy Tavern, Blue Smoke and Jazz Standard as well as a catering division that operates concessions at major sports facilities including Citi Field and Saratoga Race
Course.

Counselors launch their own company