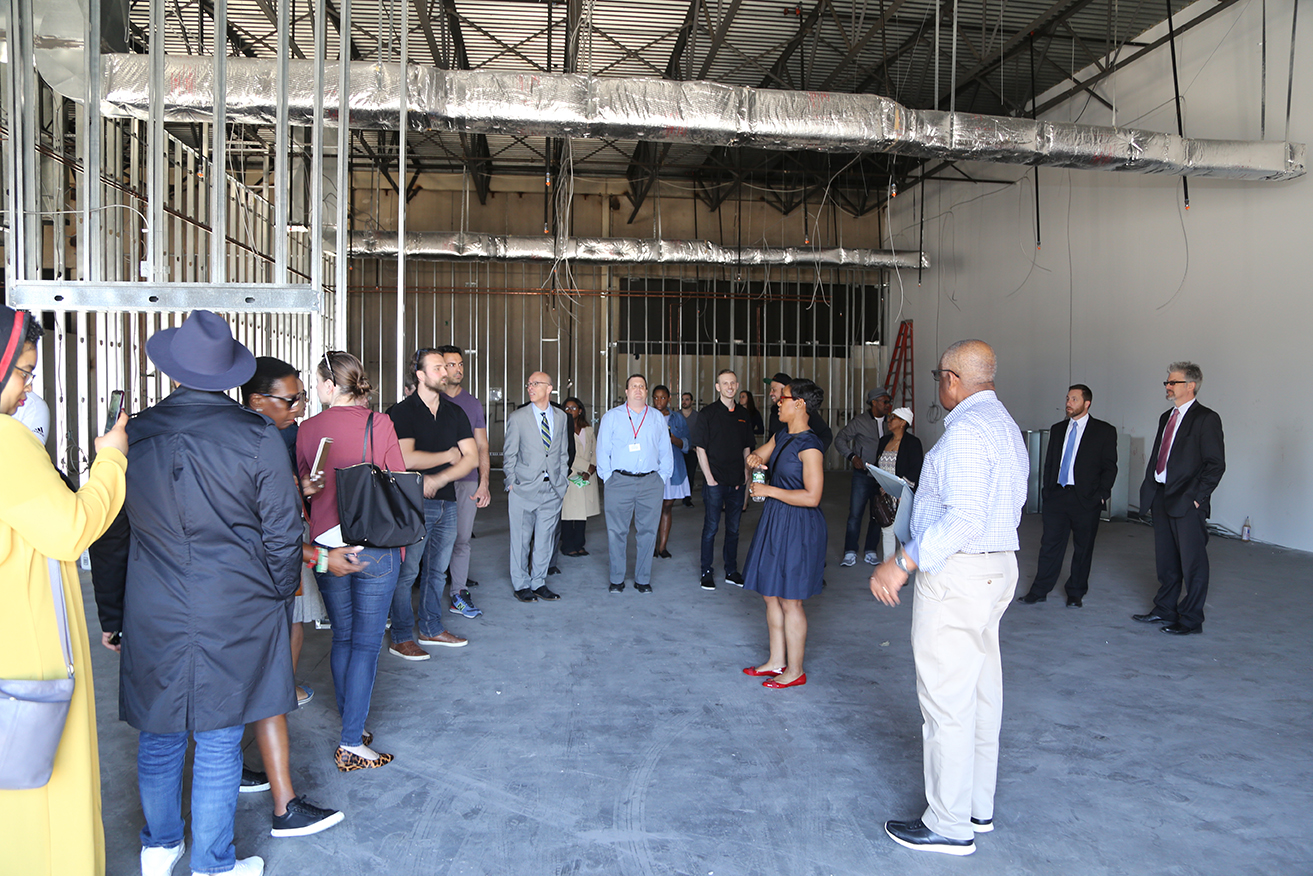 The new facility, located at 9 Basin Drive in South Kearny, will cater to culinary entrepreneurs from throughout the region as they launch and continue to grow their businesses.

The facility will be the largest of its kind in the area. It will be the first food business incubator in North Jersey.

Kearny Point, the campus on which Hudson Kitchen will reside, is a $1 billion adaptive reuse of a four-million-square-foot former WWI and WWII ship-making facility, which is being transformed into a modern green workplace.

It represents one of the nation’s most ambitious and environmentally-driven redevelopment projects and has already attracted more than 200 businesses.

“We’re excited about the progress with the Hudson Kitchen buildout,” Johnson-Jones said. “We wanted to use the groundbreaking to not only talk about the construction progress and share some of the innovative plans we have underway, but also celebrate our community and recognize those who have helped us get where we are today.”

The 130-acre Kearny Point campus is being developed by the Hugo Neu Corporation.

Paper or plastic? Not at Brookfield shopping centers