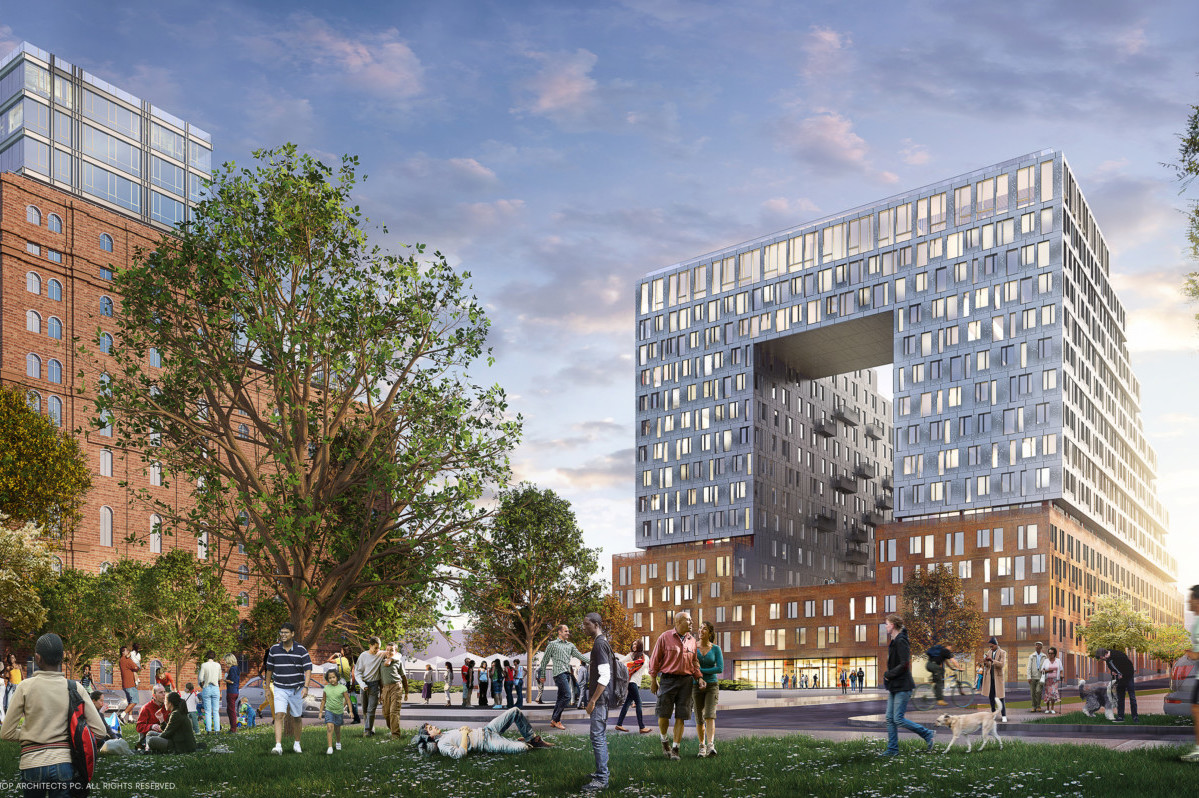 “The Mekelburg’s team will bring a great first retail anchor to the reimagined Domino Sugar site and a welcomed addition to the thriving live-work community along the Williamsburg waterfront.”

“The Domino Sugar Factory site will soon be a top 24/7 destination in Brooklyn and we can’t wait to bring our favorite beers and bites to Domino and the surrounding Williamsburg community,” said Mekelburg’s owner Alicia Mekelburg.

Mekelburg’s, which has served customers from its Clinton Hill location since June 2015, is known for its craft beers, artisanal sandwiches, locally-sourced cheeses, and epicurean baked potatoes, a crowd-favorite.

The store, bar, and restaurant, which will occupy one of the largest ground-floor retail spaces (4,000 s/f) at Two Trees’ 325 Kent Avenue will be the first retailer to open at the redeveloped Domino Sugar site.

Located between South 3rd and 4th Streets, 325 Kent will be the first building to open within the five-building Domino Sugar development.

Once complete, the 11-acre waterfront site will contain 600,000 s/f of office space (including the 380,000 s/flandmark Refinery building), six-acres of James Corner-designed waterfront park space, 2,800 rental apartments, 700 of which will be affordable, and 200,000 s/f of community and retail space.