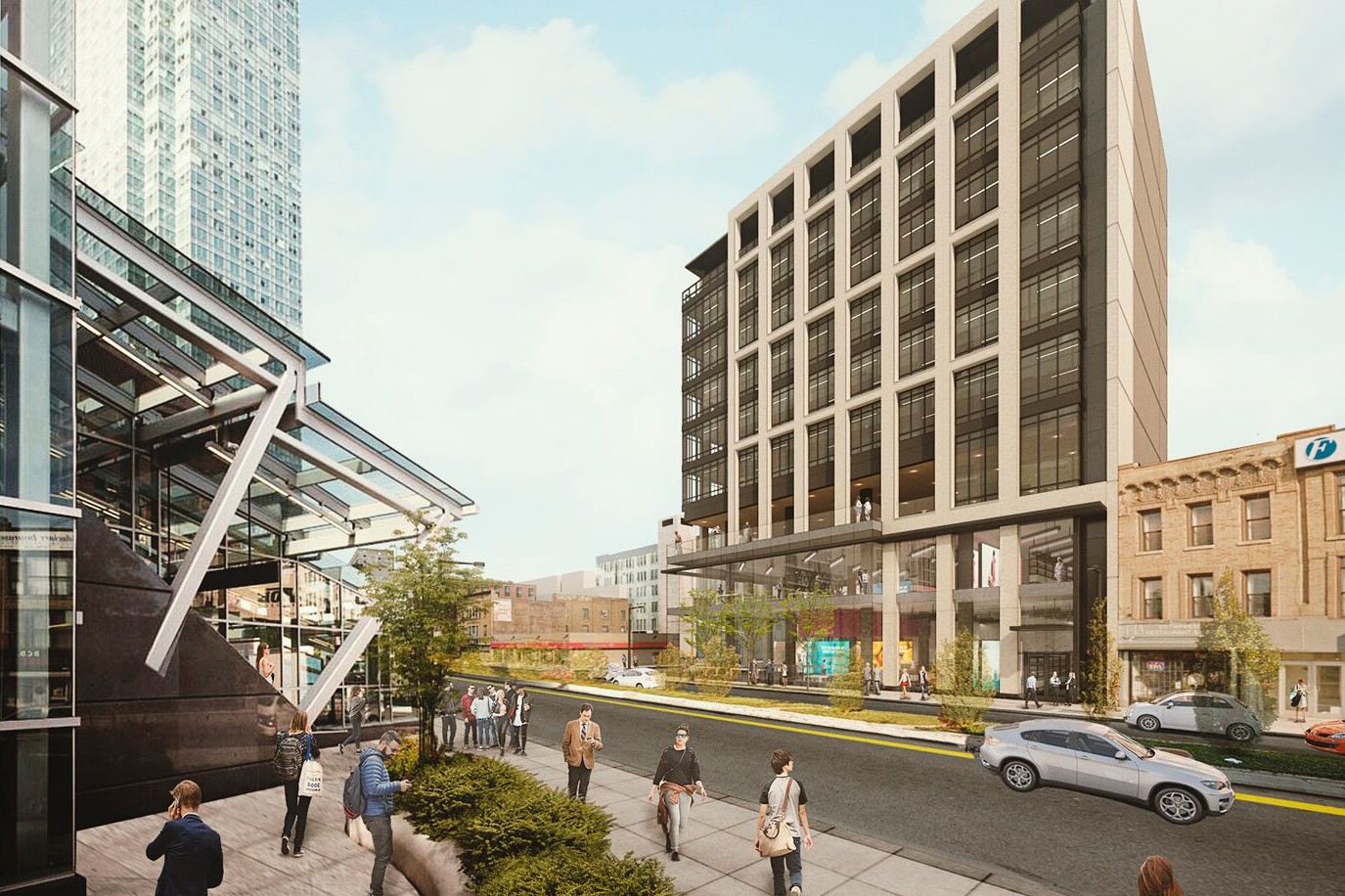 Garry Steinberg, Managing Director/Principal, and Jaime Schultz, Director, will be responsible for the leasing of 30,000 s/f  of retail on the first three levels of the building.

“Long Island City is a vibrant business district thanks to great public transportation from seven subway lines and an amazing mix of live-work-play opportunities,” said Salzman. “Among the available incentive programs, businesses can take advantage of REAP tax credits of up to $3,000 per employee, significantly off-setting their occupancy costs. That can translate into savings of $25-per-square-foot or more for new built-to-suit construction.”

“Three floors of retail space with 10,000-square-foot open floorplates, floor-to-ceiling windows and the added benefit of outdoor space at each level, presents amazing options for a wide range of businesses,” said Steinberg.

Among the commercial tenants and businesses in the area are Citibank, CUNY School of Law, Queens Court House, Silvercup Studios, Dutch Kills, LIC Market and Starbucks. Jackson Square is scheduled to be ready for tenant fit out by end of 2018.

The Vorea Group purchased a 99-year ground lease for the site last year in a deal negotiated by Evan Daniel and Ashley Grebow of brokerage firm Modern Spaces. Ashley Grebow of Modern Spaces told REW at the time, “The neighborhood has faced an increase in demand for high quality commercial properties in the past 18 to 24 months, leading to a dramatic rise in office and retail rents.”