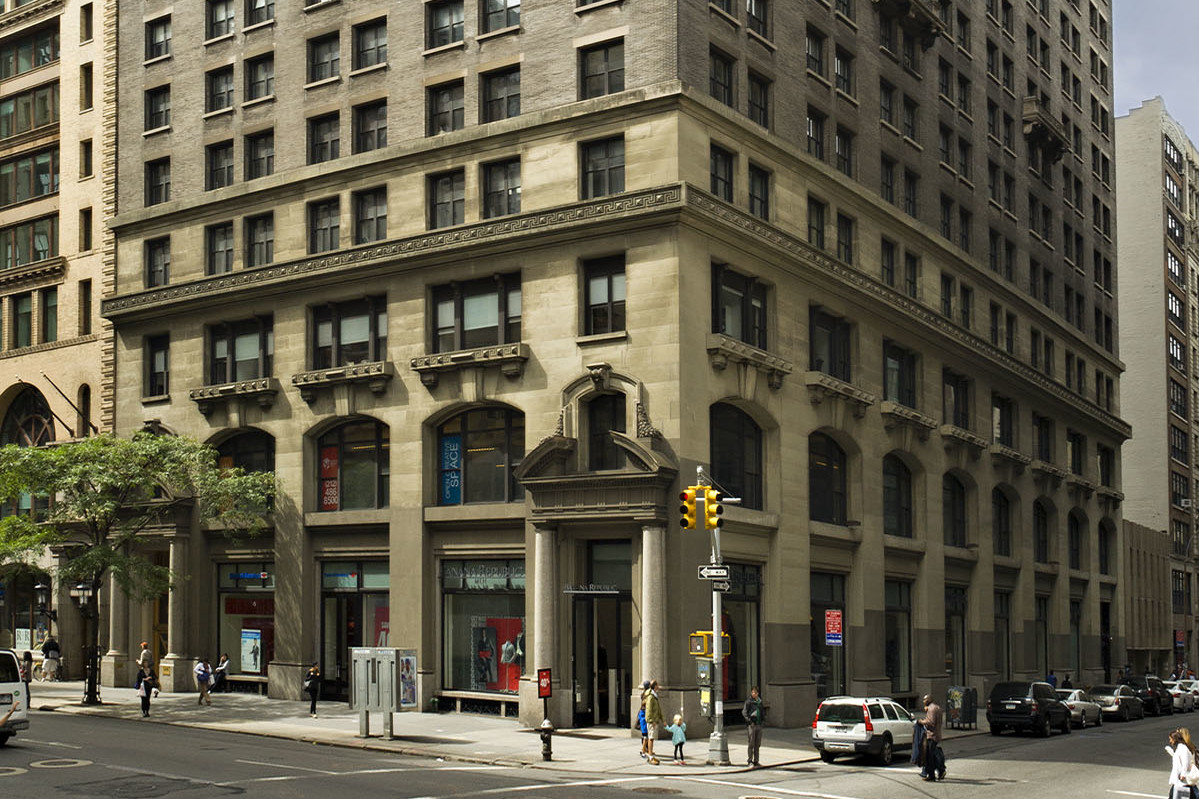 The financial giant has signed a 10-year, 60,000-square-foot lease for three contiguous floors, comprising the entire 10th, 11th and 12th floors at the property.

The deal closely follows on the heels of a new 38,580-square-foot leasing transaction for social media firm Mashable, Inc., bringing the total square footage of recent transactions to nearly 100,000 square feet across five full floors in the building.

The  century-old tower, located at the southwest corner of 17th Street, the building was acquired early last year by L&L in a joint venture with private equity firm Lubert-Adler.

According to L&L’s Chairman and CEO David W. Levinson, the new leasing transaction is the result of the ongoing, multi-million building-wide redevelopment project, which will boast entirely new infrastructure, a glamorous new lobby, elevators, and a host of “green” initiatives, including a landscaped roof that will serve as a tenant amenity. It is scheduled to be completed later this year.

David C. Berkey, Executive Vice President and Director of Leasing at L&L, added: “With very few large blocks of space on the market, our building at 114 Fifth Avenue has been extremely well-received by a diverse roster of tenants in the Midtown South marketplace,” noting that L&L is currently in negotiations with a number of other tenants for the balance of the building.

According to Mr. Berkey, the 330,000-square-foot building – situated in the heart of Manhattan’s “Silicon Alley,” a popular neighborhood favored by technology, media, fashion, and other creative firms – nearly 135,000 square feet is still available for lease comprising the entire 2nd through 9th floors, as well as the entire 16th through 19th floors.

The  tower at 114 Fifth Avenue opened in 1910 from plans by Mayniche & Franke. The building’s ground floor retail space is occupied by long-time tenants Banana Republic and Bank of America.

L&L also owns/manages 200 Fifth Avenue, a.k.a., the former International Toy Center, an 800,000-square-foot office building that the company transformed into a trophy office property in 2009.

MasterCard has approximately 7,500 employees in over 60 countries around the world. The company’s global headquarters is located in Purchase, NY, approximately 35 miles outside New York City.