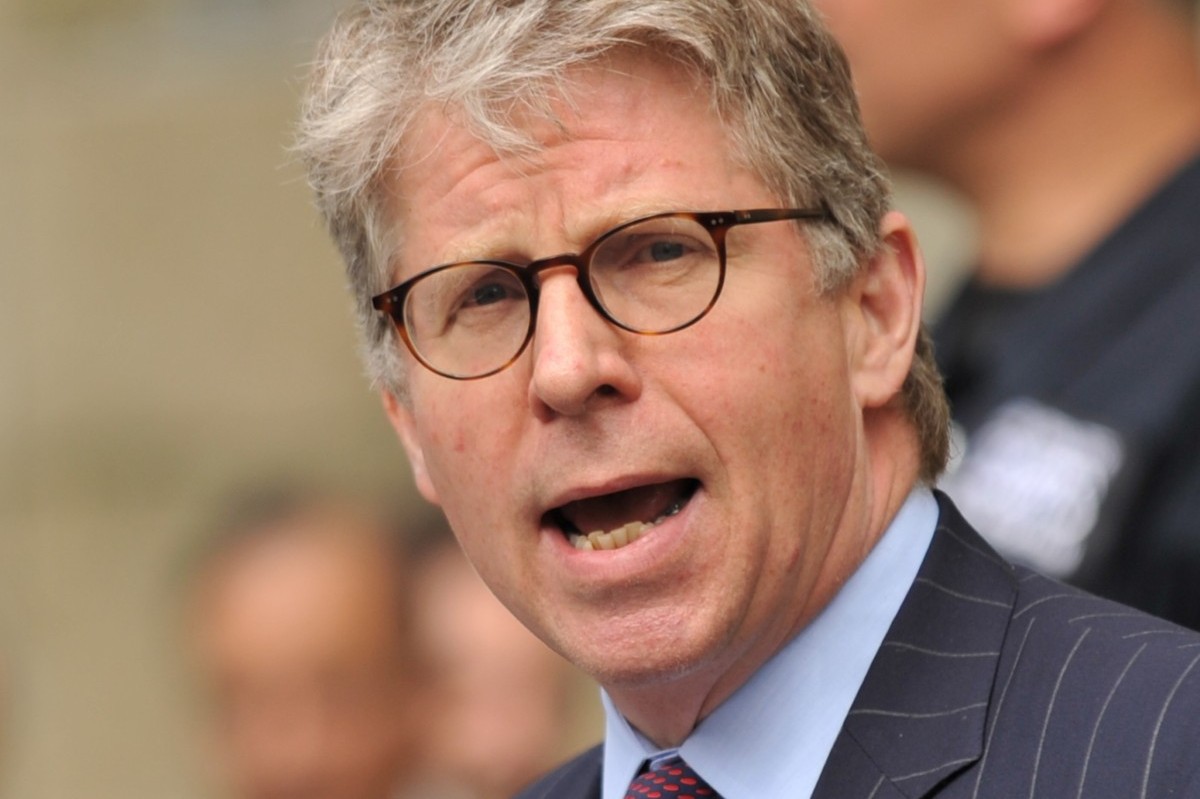 A building owner and two contractors were charged with multiple felonies after harrassing and endangering the lives of tenants in an East Harlem building.

The New York State Supreme Court indictment against them charges 20 counts, including Reckless Endangerment in the First and Second Degrees, Endangering the Welfare of a Child, Coercion in the First Degree, Grand Larceny in the Third and Fourth Degrees, Conspiracy in the Fifth Degree, Falsifying Business Records in the First Degree, and Unlawful Eviction, among other charges.

“These defendants are charged with turning an East Harlem apartment building into a deathtrap,” said District Attorney Vance. “They forced a family with five young children to endure life-threatening conditions on some of winter’s coldest nights. As demolition continued around apartment 5E, the entire building was at risk of a devastating fire, or worse, collapse. As alleged, the defendants’ campaign of harassment and intimidation included repeated threats to report the family’s status as undocumented immigrants to authorities in order to command higher rents from this rent-regulated building. I would like to thank our partners for their work on this case.”

DOI Commissioner Peters said: “This indictment illustrates one of the central tenets of DOI’s independent investigations into the construction industry: a lack of integrity on construction sites leads to fraud and dangerous conditions. Here, that includes the defendants’ falsification of the scope of work being done at the site and the unlawful eviction and harassment of tenants. As charged, the property owners forced a family with five young children to reside in precarious and unsafe conditions in the hopes of evicting them from a rent-stabilized apartment. DOI and its law enforcement partners will not allow contractors and property owners to intimidate tenants or flout the City’s building codes.”

NYC Public Advocate James said: “Today’s indictment should be a message that anyone who hurt tenants in our city will get more than a slap on the wrist. Ephraim Vashovsky, one of New York City’s worst landlords, forced tenants to live in inhumane and life-threatening conditions, prioritizing his bottom line before the lives of children and families. I’ve been proud to work with DA Vance on indicting this landlord and his colleagues, because tenant harassment of any kind will never be tolerated in New York City.”

DOB Commissioner Chandler said: “Bad actors who put profits ahead of people’s lives need to take warning. You can’t tear apart an occupied building, especially when a family with young children is living there. This was a demolition disguised as a renovation job. The building owner and contractor showed utter disregard for their tenants’ safety and we are determined to hold them accountable.”

The charges contained in the indictment are merely allegations, and the defendants are presumed innocent unless and until proven guilty. All factual recitations are derived from documents filed in court, including the indictments, and statements made on the record in court.

HPD Commissioner Been said: “HPD is committed to using all its enforcement tools to protect the health, safety, and well-being of all our city’s renters. This indictment sends a powerful message that flagrant mismanagement and irresponsibility will not be tolerated. I would like to thank the District Attorney’s office for taking the necessary steps to bring this bad actor to justice, and to thank my team in Enforcement and Neighborhood Services team for all their efforts to protect this building’s tenants.”

According to court documents and statements made on the record in court, Vashovsky, as owner of 21 East 115th Street Ventures, LLC, conspired with COHEN, his property manager and eventual contractor, to coerce a couple and their five young children, ranging in age from one-to-twelve years old, to vacate a rent-stabilized apartment at 21 East 115th Street in Harlem.

The defendants are charged with submitting falsified documents to DOB when applying for work permits, as well as stealing from the tenants and the City of New York by cashing the tenants’ rent checks while violating the terms of their lease, and continuing to cash rent subsidy checks from the New York City Department of Social Services for weeks after the tenants vacated the apartment.

As alleged in court documents, shortly after Vashovsky acquired the building at 21 East 115th Street in May 2014, the defendants and their associates began a campaign to drive the family out of its apartment in order to make renovations to the building that would allow the units to command higher rents. In particular, Vashkovsky and Cohens associates threatened to report the tenants’ status as undocumented immigrants to legal authorities.

Throughout, and during ongoing eviction proceedings and litigation in New York City Housing Court, the defendants moved to begin construction while the family still inhabited the apartment.

As charged in the indictment, in an effort to expedite the DOB work permit applications submitted by Ohana, Cohen submitted falsified documents purporting that the building was unoccupied, while the defendants simultaneously moved for the family’s eviction in Housing Court on the grounds that the apartment was overcrowded. Based on the falsified filings, DOB approved a work permit in December 2014.

From the start of construction soon thereafter, until March 5, 2015, when the DOB ordered the building vacated, the defendants are charged with recklessly endangering the lives of the tenants and their children through ongoing construction and demolition. As alleged, the defendants knowingly created gravely dangerous living conditions, including the risk of an entire building collapse, by removing structural and load-bearing elements.

During demolition, the defendants allegedly removed critical fire retardant materials, fire escapes, and internal walls and floors – creating the risk of an inhabitant falling multiple stories. Furthermore, the defendants purposefully failed to address or only partially addressed critical violations, including the lack of electricity, heat, hot water, and running water.

Throughout the course of the alleged conduct, Vashovsky and Cohen collected and deposited the family’s rent checks, while failing to meet the terms of their lease. Furthermore,

Vashovsky is charged with continuing to deposit more than $1,000 in checks issued in the family’s name by the New York City Department of Social Services (“DSS”) to subsidize the family’s rent payments. Vashovsky cashed the last check from the DSS on May 8, 2015, two months after the family vacated the apartment.

Vashovsky and Cohen are further charged with recklessly endangering the lives of the site’sconstruction workers from February 2, 2016, until the DOB issued a full Stop Work Order on March 3, 2016.

The Stop Work Order followed an inspection which uncovered, among other violations, the absence of key structural elements, including load-bearing walls and floor joists, as well as the building’s central staircase.

As alleged, the site lacked proper ladders between floors, as well as safety nets or other measures to prevent workers from falling.