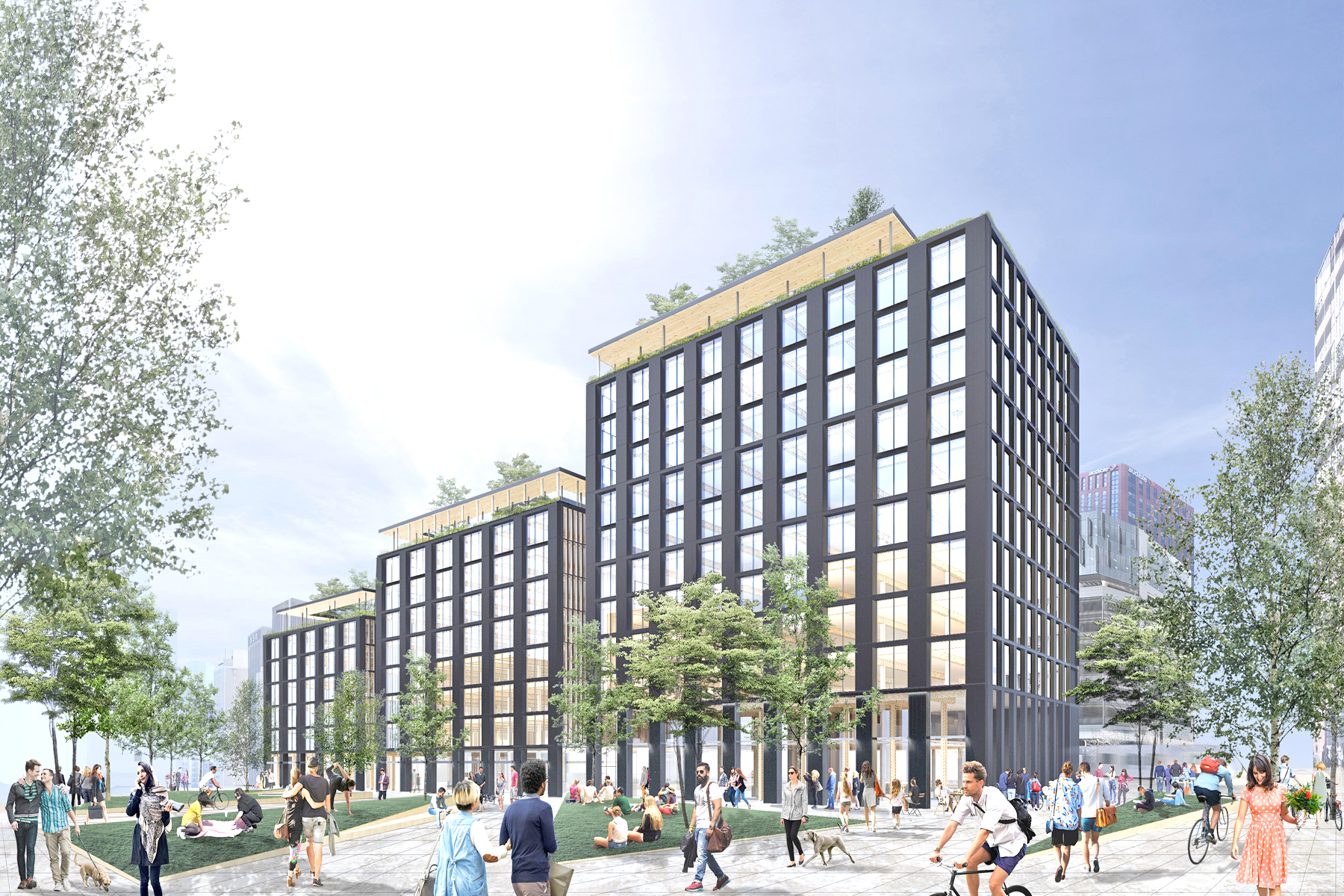 A team based in New York and New Jersey – including John Picco, Peter Van Duyne, Sean Brady, Christian Politan, Alex Lachmund and Bruce Mosler – is marketing the up to two million-square-foot commercial component of this live/play/work development.

Riverfront Square will occupy the 11.8-acre site, which includes the former Newark Bears and Eagles Stadium and the site of the former Lincoln Motel.

The mixed-use project, estimated at $1.7 billion, is expected to provide up to 2,000 residential units, large and small-scale retail, cultural and public open spaces, a hotel and parking spaces in the heart of Newark’s downtown, adjacent to the Broad Street Station.

“This project is exciting on so many levels,” Picco noted. “It will introduce the first, mass timber building built on the East Coast, so we truly are bringing a new concept to the market.

“Beyond its innovative nature, this skyscraper will set the stage for a transformative development that will change the very character of the Broad Street corridor.

“And the timing is right – the City of Newark has been enjoying a wave of development over the past five years with several new major projects completed. Newark is a hot spot with a bright future, as evidenced by the proposed Riverfront Square project and Amazon’s recent announcement listing Newark as one of its top 20 choices in the country for its second HQ.”

Designed by Michael Green Architecture, the Class A building has been crafted to enhance environmental sustainability and tenant wellness.

The leasing team expects Riverfront Square to draw interest from tenants currently based in New York City and the New Jersey suburbs alike.

In addition to being 11 miles from Newark Liberty International Airport, which is undergoing a multi-billion dollar renovation of Terminal A, the site is just steps from NJ Transit’s Broad Street station and Newark Light Rail. “Here’s a place that is less than 20 minutes from New York Penn Station at a time when tenants seeking large blocks of space in new buildings are facing historically high rental rates in Manhattan and the outer boroughs,” Picco said.