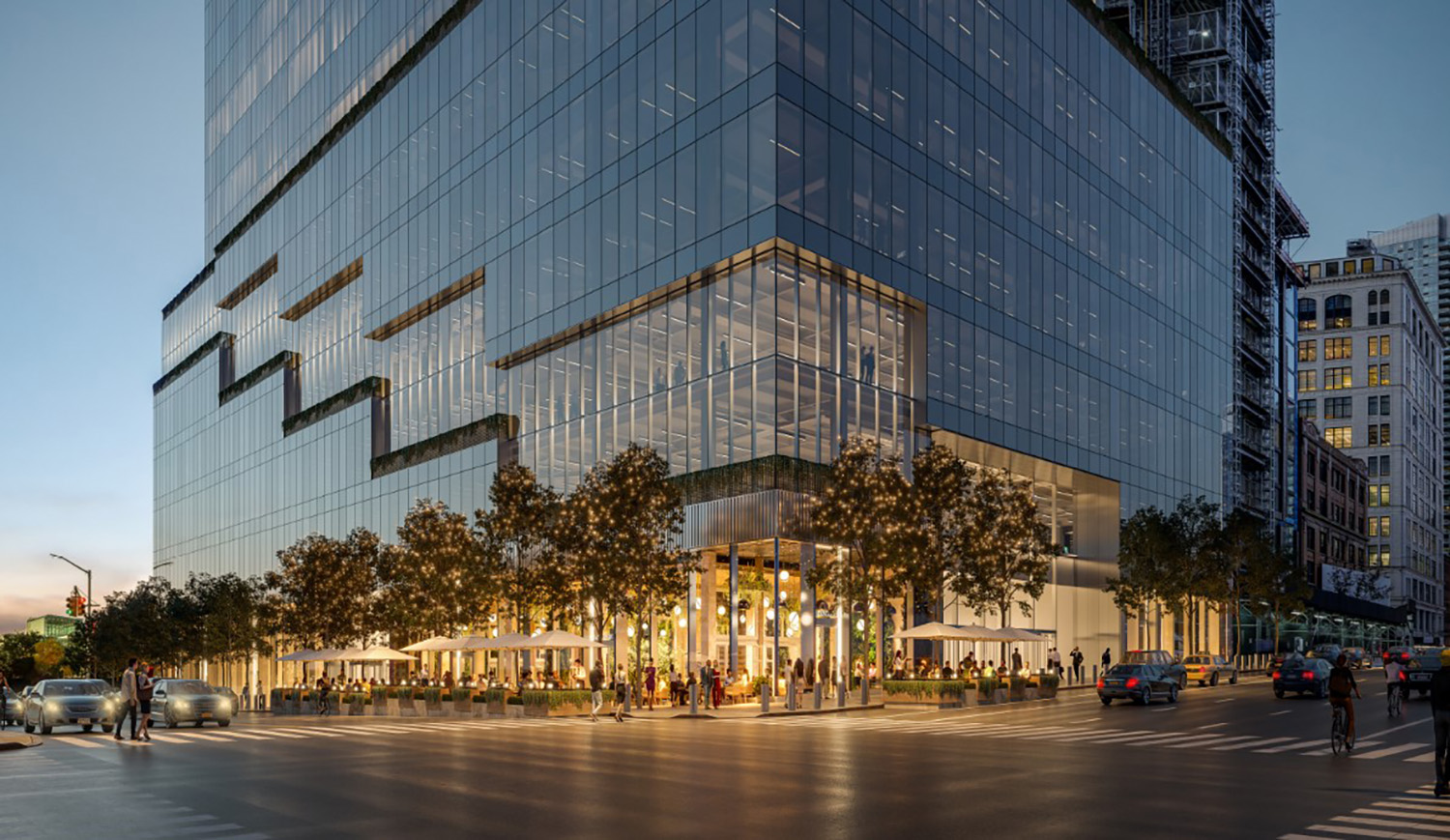 Tishman Speyer today announced chef Erik Ramirez and Juan Correa, the team behind critically acclaimed restaurants Llama San and Llama Inn, will bring a new dining concept to The Spiral, Tishman Speyer’s 65-story office tower finishing completion on the West Side of Manhattan.  The new restaurant will be located on street level on the northwest corner of 10th Avenue and 34th Street.

Similar to Llama San in the West Village and Llama Inn in Williamsburg, the new yet-to-be-named restaurant will showcase Peruvian-Japanese cuisine. At 6,000 square feet, it will feature a vast indoor dining room as well as additional outdoor sidewalk seating. Extending the green sensibility of The Spiral and embracing the marriage of manufactured and grown materials, the restaurant will be filled with greenery invoking the flora of Peru and Japan.

Ramirez and Correa opened Llama Inn in 2015 and the restaurant quickly became a critical and popular success, earning a two-star New York Times review and a Michelin Bib Gourmand. They expanded in 2019, with Llama San in the West Village, which was named Best Restaurant of the Year by Eater and New York magazine and earned a rare three-star New York Times review.  The pair is opening their first international venture this fall, when they take Llama Inn to Madrid.

Erik Ramirez and Juan Correa said: “We are extremely excited to join Tishman Speyer in creating a whole new community around The Spiral. As the first new street-level restaurant in this area, we look forward to enlivening the neighborhood and introducing the Peruvian izakaya concept. We’ll be announcing more details in the coming months stay tuned!”

Amir Sperling, Managing Director at Tishman Speyer said: “Juan and Erik are perfect partners and we couldn’t be more eager to see their new restaurant take shape at The Spiral. We know they’ll offer the most innovative and delicious cuisine, and enrich the entire neighborhood with light, warmth and excitement.”

Designed by BIG-Bjarke Ingels Group, The Spiral rises to 1,031 feet and features a cascading series of landscaped terraces and hanging gardens as its signature element.  The terraces ascend one per floor in a spiraling motion to create a unique, continuous green pathway that wraps around the façade of the tower, supplying its occupants with readily accessible fresh air and outdoor space.

The Spiral, which is targeting LEED Gold certification, delivers a new level of human-centric design. In addition to the new restaurant, the building will feature cutting-edge amenities and spaces that prioritize health and wellbeing for those working at and visiting the building.

All customers in The Spiral and their guests will have access to ZO. Clubhouse, a premier amenity center and lounge perched on the top floor of the tower. The Clubhouse will feature an open-air terrace, panoramic views of New York City, food and beverage service, and multiple spaces for meetings, conferences and events. Tishman Speyer will also incorporate its Studio Gather conference center, Studio Private flexible office product, and two floors of Studio co-working space.

Located at the intersection of the High Line and the four-acre Bella Abzug Park, The Spiral encompasses an entire city block stretching from West 34th to West 35th Streets and from 10th Avenue to the park.  The six-story base of the building will include a lobby with ceiling heights of up to 28 feet and entrances on Hudson Boulevard East and 10th Avenue.  The base also will include approximately 18,000 square feet of first-class retail.

The Spiral is easily accessible from all five boroughs, Westchester County and New Jersey.  It is in close proximity to New York’s most convenient transit hubs, including Penn Station, the Port Authority Bus Terminal, Midtown Ferry Terminal, Lincoln Tunnel and West Side Highway.  The 7 Train is just steps away and three stops from Grand Central Terminal.