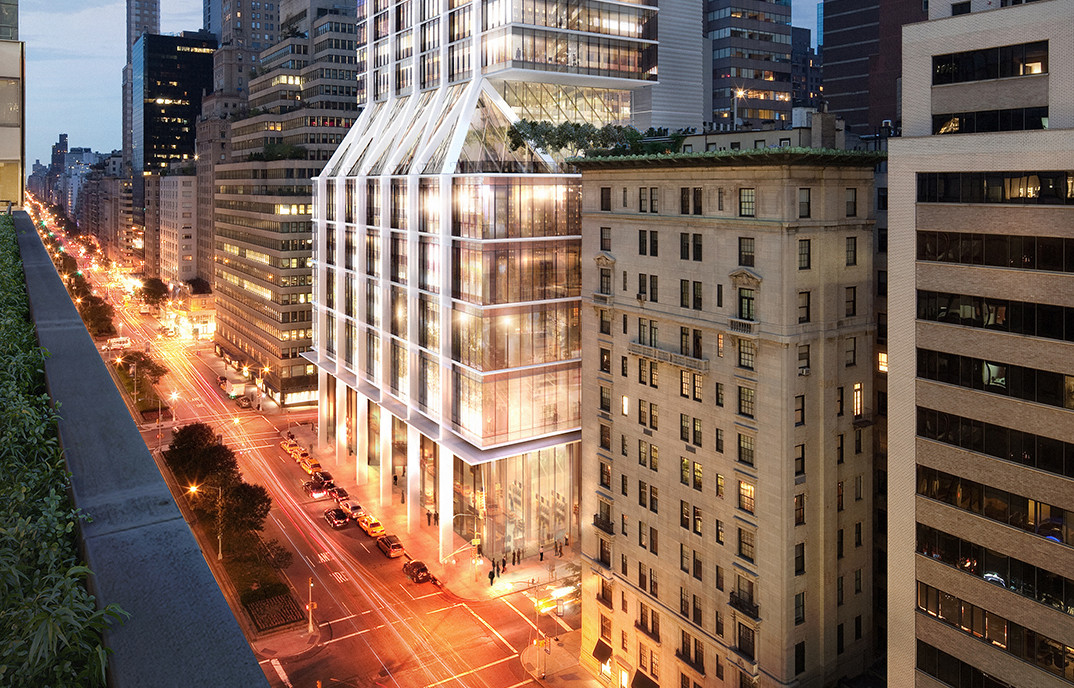 L&L Holding Company  has finalized a lease with Citadel to occupy approximately 200,000 s/f at 425 Park Avenue, a 670,000 s/f office tower currently under construction in the  Plaza District of Midtown Manhattan.

Citadel will relocate from its current offices at 601 Lexington Avenue once the building is completed in late 2018.

The deal reportedly shatters office leasing prices with the global financial giant agreeing to pay $300 psf for the penthouse floors of the property, the highest rent ever paid for office space in the city, according to Crain’s.

Citing sources, Crain’s reported yesterday (Tuesday) that Citadel will pay less for the remaining floors, averaging the rent to $175 psf. The average midtown asking rent is currently $80.20, according to a January market report from Colliers.

While the company has not yet responded to requests for comment on the rent, L&L Holding President and Chief Investment Officer Robert Lapidus, said in a press release, “Along with our partners GreenOak Real Estate and Tokyu Land Corporation, we are pleased to welcome Citadel to 425 Park Avenue, a tower that will redefine the modern office environment, enhance the timeless allure of the Plaza District, and serve as Midtown East’s first 21st Century icon.”

The new 425 Park Avenue, designed by Pritzker Prize-winning architect Lord Foster, is the first full-block office development to rise on the commercial boulevard in half a century.  Located between East 55th and 56th Streets, the 897-foot tower will incorporate best-in-class technology and amenities. The tower will also feature a 45-foot tall grand lobby and two 38-foot tall setback floors, one of which will serve as a first-class amenity floor for the tower’s inhabitants.

In addition to building to L.E.E.D. Gold sustainability standards, L&L Holding expects 425 Park to be the first New York City office tower to achieve WELL certification, which recognizes innovations to enhance the health and well-being of a building’s future occupants.

L&L Holding Chairman and CEO David Levinson said, “This is a once-in-a-lifetime opportunity to create something bold and innovative on one of the world’s most exciting thoroughfares.”

L&L Holding broke ground on 425 Park Avenue in June 2015, at which time it announced an agreement with chef Daniel Humm and restaurateur Will Guidara, the proprietors of Eleven Madison Park – which was recently named the #1 restaurant in America by the World’s Top 50 Restaurants list – and The NoMad, to locate their third New York City restaurant at the base of the tower.

In a statement, Tighe said, “From the moment L&L secured the ground lease, their plan was to create a 21st century masterpiece on Park Avenue where no new buildings had been constructed for over 50 years.

“The challenges were enormous, including a zoning code that essentially makes it impossible to create an economic rationale for tearing down a Park Avenue building, leaving the district frozen for decades.  David Levinson and Rob Lapidus gambled that if they did everything perfectly – pick the right architect, the right design, the right amenities, etc – the market would respond.  To attract a tenant of Citadel’s caliber validates L&L’s vision.”

Contractor gets up to 3 years in jail for hiring cooks, bellhops to pose as safety managers