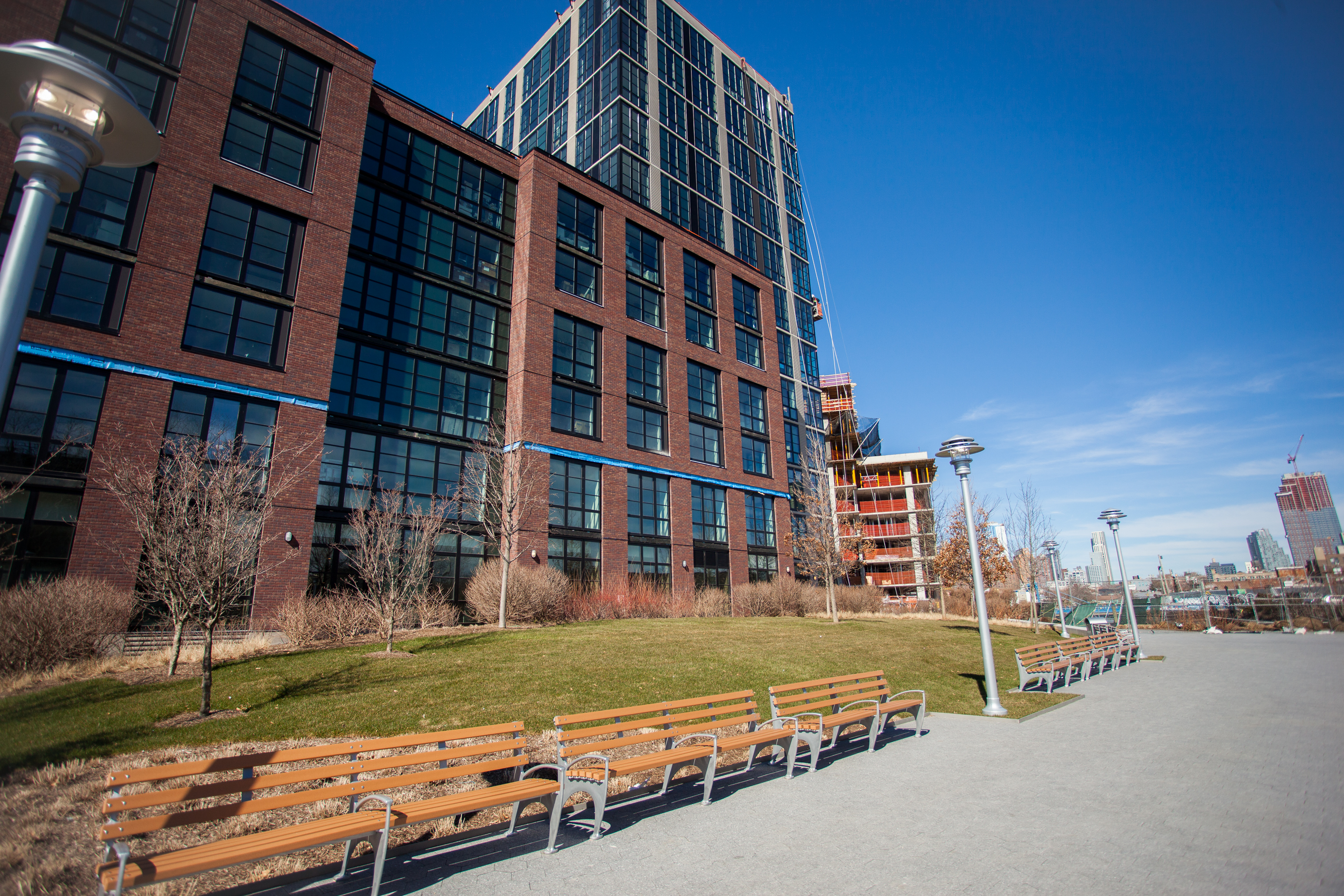 Lightstone barging ahead with rental building by the old canal

The Gowanus Canal, a the 1.8 miles waterway in South Brooklyn, has long been derided as an eyesore due to its status as one of the most polluted bodies of water in the United States.

It is a government-designated Superfund site, and more than $500 million has been earmarked for its cleanup.

Over the course of 150 years, the canal was used for gas plants, mills, tanneries, and chemical plants that operated along the route in the industrial neighborhood of Gowanus, nestled between the established and heavily residential neighborhoods of Carroll Gardens and Park Slope.

It gained even more notoriety in October of 2015, when environmental activist Christopher Swain announced he would swim the length of the canal to draw attention to the pollution. Local media captured the event, even live Tweeting the murky endeavor.

But with the surge in development and population growth in Brooklyn in the past decade, Gowanus has experienced significant retail, residential and commercial growth, and with the Gowanus Canal cleanup scheduled to be finished by 2022, residential developers are betting big on waterfront development.
One of those developers, the Lightstone Group, is set to begin leasing the first phase of a 700-unit residential project at 363-365 Bond Street this month, along the banks of the Gowanus Canal.

The company took over the site in 2010, after the original developer, Toll Brothers, walked away following the economic collapse in 2008. Toll Brothers won rezoning of the site for condos and signed a contract, but had never closed.

Undeterred by the polluted waterway, Lightstone was confident that the site would be successful as a residential development, and decided to take it in a different direction with rentals, closing on the purchase of the site from Toll Brothers in 2012.

“We had a vision that this would be better as a rental than as a condo,” said Mitchell Hochberg, president of Lighstone. “A lot of it had to do with this neighborhood being a young neighborhood that is attracting younger people that want more rentals instead of condos.”

Hochberg and the team at Lightstone went back to the drawing board and redesigned Toll Brothers’ former plans, increasing the number of units and including a design aesthetic that weaved in naturally with the existing neighborhood.

“When we originally took over the property, we realized there was no scalable rental opportunity in this neighborhood,” said Scott Avram, senior vice president of development at Lightstone. “It was really a supply and demand function; there was tremendous demand and just no supply, especially something of this magnitude. It’s really why we pivoted to rentals from condos.”

The result is a complex with varying building heights which is not ostentatious in the area which is still a mix of industrial warehouses, brownstones, and four-story walkups.

“You could look at it as the glass half full or half empty,” said Hochberg. “Our feeling was that it was a huge opportunity to be the first one in here, and we believed so much in this neighborhood because we saw what happened in Williamsburg.”

In 2013, Asher Absehra and LIVWRK Holdings purchased two 3rd Street industrial buildings at 66-80 3rd Street with a combined 80,000 s/f. Tech company Genius took half the space in the building. That was followed by COWORK/RS, a shared office space company that opened its outpost nearby at 68 3rd Street. Both are within blocks of 365 Bond, and retailers like Whole Foods, which opened in late 2013, and a variety of other retail along 4th Avenue, are close by.

Other new residential developments in Gowanus include condo building 345 Carroll Street, a 32-unit full-service building developed by Sterling Equities and finished in 2014.

“We didn’t feel like we were taking any great risk in building here. I think a lot of people were scared away by the canal, but the more we looked into the canal, we realized there’s no issue with it,” said Hochberg. “I’m not sure I’d be drinking water out of the canal, but I wouldn’t be drinking out of the Hudson River either.”

He added that the Hudson River was also declared a Superfund site at one point, and that the distinction hasn’t affected the waterfront growth and affluence along that body of water stretching up into Westchester County.

Construction on the first building at 365 Bond took 18 months, and move-ins are slated to begin in April, while leasing for the second building will start next year. Douglas Elliman is handling leasing at the property, which is expected to begin some time this month.

Lightstone spared no expense when it came to amenities – dedicating over 40,000 s/f to an interior courtyard, waterfront park, full-size staffed gym, spinning room, yoga room, lounge, and rooftop deck. The lobby will have a 24-hour concierge, valet services with dry-cleaning, laundry, apartment cleaning, and dog walking. The building will also have a children’s playroom, on-site tenant storage and bike storage, and an on-site parking garage with valet service.

“You see the pieces falling into place,” said Avram of the retail and commercial that has been slowly opening up in Gowanus. “People are moving out of Williamsburg and coming here.”

DDG building bigger and better on the Upper East Side