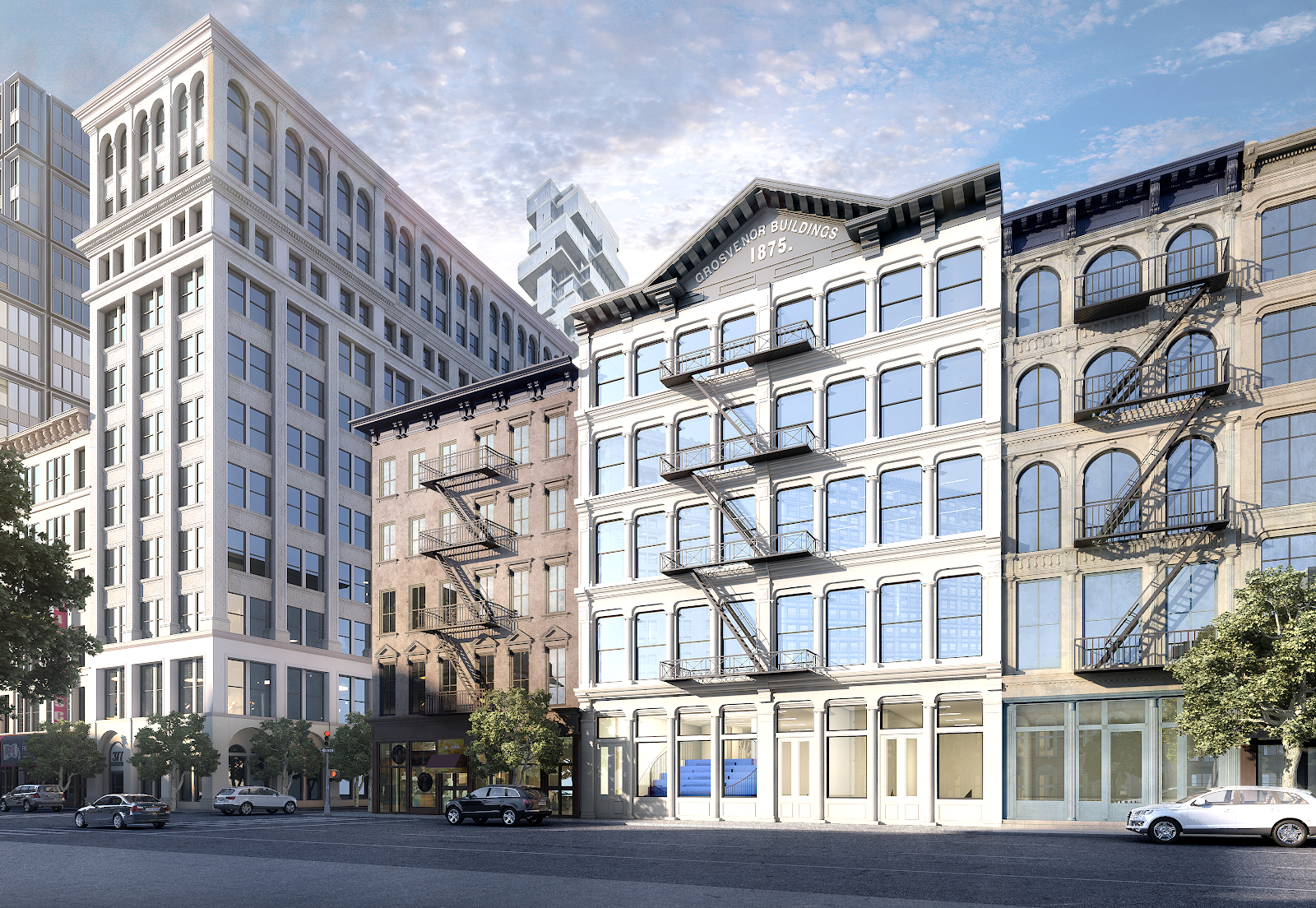 Highcourt, a leisure club, is slated to open at 385 Broadway in downtown Manhattan summer 2020, having signed a 20-year triple net lease for the whole building.

The flagship New York City landmarked space, located at the intersection of TriBeCa, SoHo and Chinatown, will have five floors, two lower levels and a rooftop and over 30,000 s/f of space for members. This includes a 3,500 s/f top-floor restaurant and bar and 4,000 s/f fourth floor project and event space, provided by Silkstone Hospitality, a third floor training studio with private training and group classes, and a second floor with New York’s first private unisex hothouse for recovery.

The ground floor will be leased to a gallery on one side; with plans for the north side to be determined.

385 Broadway, which was built in 1875, was originally deeded to and managed by two sisters — Matilda and Charlotte Grosvenor. Over the years, the building was used for the manufacturing of umbrellas, canes and Remington typewriters, as well as being the offices of AT&T.

Highcourt closed the first round of Series A with $8 million in the private markets with Michael Novogratz of Galaxy Group Investments leading the round, and selected institutional participation from consumer venture capital Elizabeth Street Ventures and private investment firm Spring St. Group. Highcourt is currently raising $6 million in the second round of Series A.

LIC to get new Chase