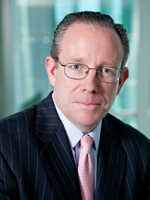 Jennison Associates has agreed to renew and expand the space it is leasing in 237 Park Avenue, a Grand Central District property in Manhattan owned by RXR Realty and an affiliate of Walton Street Capital.

Jennison Associates, an investment firm owned by Prudential Financial, will be adding 20,000 s/f to the 146,000 s/f it already leases, bringing the total space leased to 166,000 s/f on three floors.

Jennsion renewed their existing lease of 146,000 s/f to run coterminous with the expansion space.

The 21-story, 1.25 million-square-foot Park Avenue office building was acquired by RXR and Walton Street in October 2013.
The building is currently undergoing a $50 million renovation to the lobby and 21-story atrium, adding a second-story glazed storefront to the façade of the Lexington Avenue and 45th/46th street retail space, encompassing more than 30,000 s/f.

The modernization is expected to attract higher-end retailers and also allow for larger users to have a two-floor presence with spectacular identity.

RXR and Walton Street hired Dan Shannon of the architectural firm of Moed de Armas and Shannon to renovate the building.

“We certainly recognize the value of retaining and expanding such a highly regarded tenant in our building, and this new lease and early renewal reinforces our investment and repositioning thesis for this truly great building,” said William Elder, RXR’s executive vice president and managing director for New York City.

“Clearly Jennison found value in the work we have planned, as well as the strong sponsorship of the RXR/Walton Street Capital ownership.”

Jennison was represented by Edward Lederman of CBRE and RXR handled the transaction internally, led by Elder and Lauren Ferrentino. Jones Lang LaSalle is the brokerage team representing RXR for vacant office space in the building.