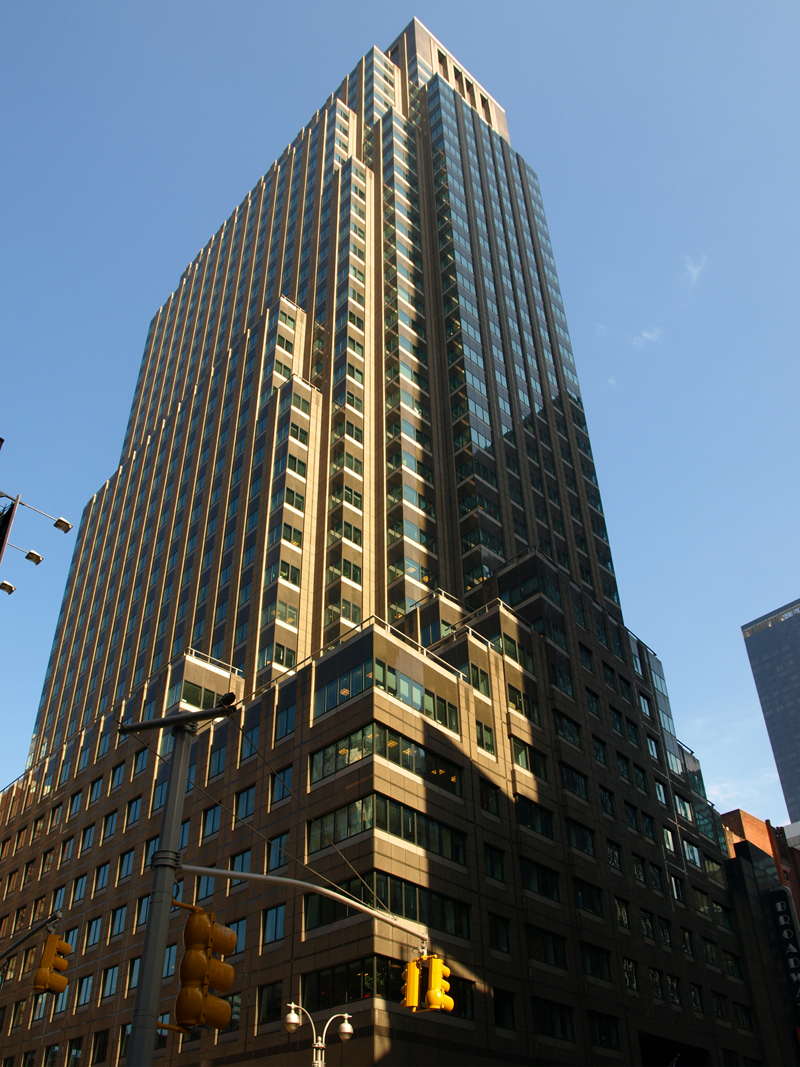 Davis & Gilbert will relocate its New York City law office from its current location at 1740 Broadway in summer 2020.

The new lease encompasses the 31st through 34th floors and a portion of the 35th floor. The building features an efficient floorplate that provides the ability to layout a mix of private offices, meeting spaces, conference rooms and up to 10 corner offices per floor.

Davis & Gilbert LLP is a full-service mid-sized law firm of more than 130 lawyers. Founded over a century ago, the firm represents a wide array of clients throughout the United States and internationally.

“We are thrilled that Davis & Gilbert has chosen 1675 Broadway for their new Manhattan offices,” said Michael Rudin, Senior Vice President at Rudin Management Company, the operating arm of Rudin Family holdings. “We believe they will benefit from 1675 Broadway’s outstanding views, state of the art connectivity, convenient access to transportation, and prime location steps from Times Square and Central Park.”

“We are very excited about relocating our office headquarters, just a couple of blocks from our current location in Midtown which will keep our many vibrant practice groups in the heart of Manhattan for years to come,” said Mark Maltz, Co-Chair of Davis & Gilbert’s Real Estate Practice.”

Davis & Gilbert’s arrival at 1675 Broadway is the latest in a series of new leases at the building. They include law firms Ballard Spahr and Roberts & Holland, as well as financial services firm Spielman Koenigsberg & Parker.

Jones on the fast track as business booms in leasing sector