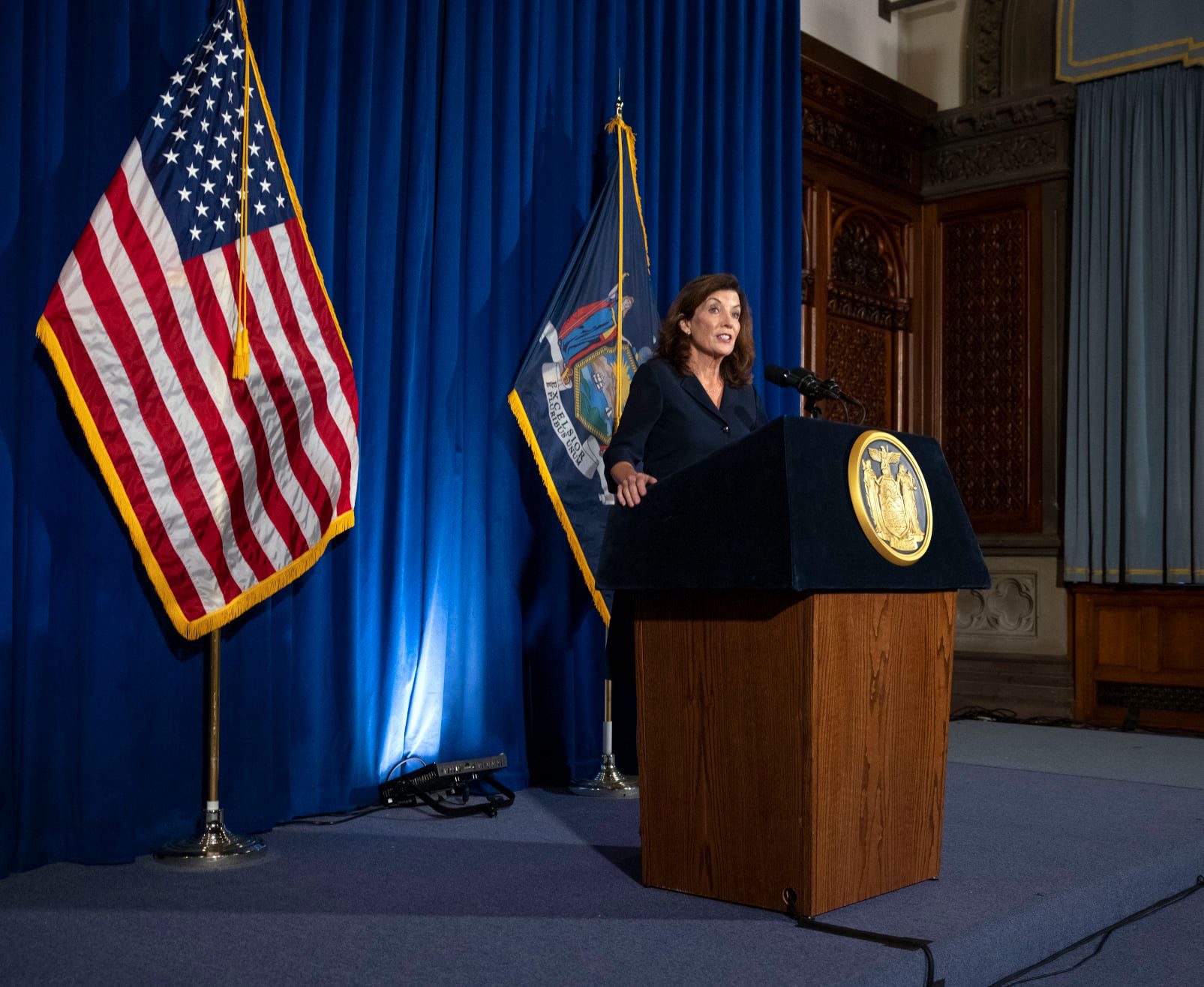 Landlords urge Hochul to get to work now

The city’s rent stabilized landlords are calling on Lt. Governor Kathy Hochul to take charge of distributing the $2.6 billion in federal aid they’ve been waiting for before she officially takes over from Gov. Andrew Cuomo on August 24.

“Lt. Gov. Hochul must take charge of OTDA now, and not wait until she officially takes office as Governor,” said Joseph Strasburg, president of the Rent Stabilization Association (RSA), which represents 25,000 owners of more than one million apartments that house millions of New Yorkers in the five boroughs.

The request came after the U.S. Supreme Court struck down a portion of New York’s eviction moratorium that allowed tenants to avoid eviction proceedings by self-certifying that they had fallen behind on their rent because of COVID-related financial hardship.

The RSA, a lead plaintiff in the lawsuit against the eviction moratorium, called the court’s decision a win for landlords but insists it will not help solve the problem for tenants or landlords, who are owed an estimated $3.2 billion in back rent.

Strasburg said, “The moratorium has never been a solution to this crisis. The solution is getting the billions of dollars in rent relief – which was made available months ago by the federal government – out the door today.”

Jay Martin, executive director of CHIP, said, “This is not a win for anybody. The COVID-19 Emergency Eviction Foreclosure and Prevention Act (CEEFPA) was a stall tactic for the government, which has failed to provide rent relief to tenants.

“At this point, elected officials need to put all of their focus towards making sure that struggling renters apply for the Emergency Rental Assistance Program (ERAP). That program provides renters with protections and, in most cases, it will eliminate their debt.”

The Office of Temporary and Disability Assistance (OTDA), which is in charge of distributing the money, has been under fire since May for failing to get the money into the hands of those who need it.

Strasburg said the Supreme Court decision would not open the floodgates to mass eviction, noting, “First of all, that’s not how the housing court system works. Second, empty buildings aren’t the business model of property owners.

“We have been seeking a balanced approach throughout this pandemic. The eviction moratorium was stacked against us – and the Supreme Court agreed – because thousands of tenants who remained employed, working from the very apartments in which they stopped paying rent – or were made whole through federally enhanced unemployment benefits if they lost their jobs – took advantage of this ongoing blanket moratorium by declaring COVID hardship without having to provide proof. They knew not paying rent had no repercussions.”

Arguing that the Supreme Court’s ruling would give landlords some leverage in the ongoing crisis, Strasburg added, “We are hopeful – and this has been our goal – that Albany will distribute the $2.6 billion in federally funded rent relief.

“That’s what protects tenants and keeps them in their homes, and that’s what enables owners to catch up on their property taxes, water bills, mortgages, repairs and maintenance.”

“I will work with our partners in the Legislature to help get the funding available to those in need as soon as possible,” she Tweeted on Tuesday.

According to National Atlas Equity, more than 830,000 New Yorkers owe back rent amounting to approximately $3.2 billion.

“CHIP will work with any elected official, nonprofit, or other organization to help as many tenants as possible. This needs to be an all hands on deck approach,” said Jay Martin.