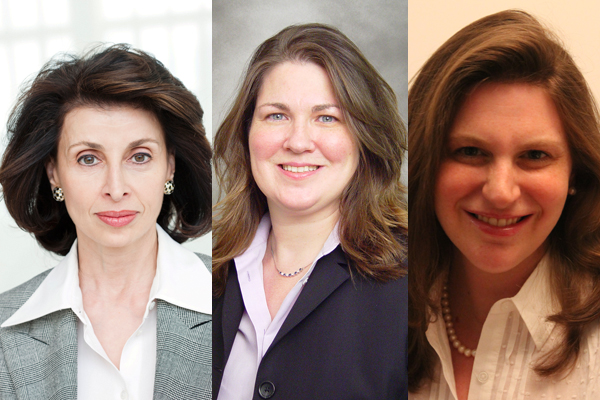 It took a while for the leasing team charged with finding a new home for Teach For America’s national and New York offices to notice, but they had more in common than strong professional credentials.

“I don’t think we realized it till we sat down at the lease negotiation table, and it was actually the other side that acknowledged we were all women,” said Anne Greenberger, TFA’s managing director for real estate. “Afterwards, we took pride in that.”

The education non-profit, which places recent college graduates as teachers in under-funded schools across the country, has leased approximately 170,000 s/f on floors 11, 12, 13 and 14 of 25 Broadway in Lower Manhattan, with options to expand into all or at least half of the 15th floor.

The decision-making senior executives at TFA are also women, and Meixner remembers a conference call that gave her reason to pause.

“To have that many women on a call and no male voices… more than anything else, I felt it was a milestone,” she said.

The landlord at 25 Broadway was represented by the all-male team of Steve Siegel, Bruce Surry, Gary Kamenetsky and Richard P. Levine, also of CBRE.

The TFA move is planned for the spring of next year. It will be a consolidation and expansion as well as a change of neighborhood for the organization, which is leaving offices in 315 West 36th Street and 519 8th Avenue.

The city-wide search encompassed locations in Brooklyn and Queens, in part because the organization was interested in being closer to the lower-income neighborhoods where its teachers work.

The ultimate decision to move Downtown was motivated in part by the neighborhood’s public transportation links to all four of the outer boroughs.

“CBRE and their team really did an excellent job explaining to us the new Fulton street hub, the World Trade Center site and everything that’s happening Downtown,” Greenberger said.

The deal also demonstrates Lower Manhattan is still a good option for value-minded office tenants. Compared to two other sites that made it into the final round of consideration — one in Midtown West and one in a potential new development in Harlem — this deal will save the organization $30 million over the 17-year term of the lease, Greenberger said. Financial details of the deal were not disclosed.

TFA was also drawn to the unusual, “H”-shaped floorplates of 25 Broadway. Staff seating and cubicles will be positioned around the outside of the floors — near the ample windows — and the center of the space will be used as amenity space for employees as well as members of the TFA teaching corps here in New York. There are even plans to provide auditorium seating for approximately 170 people, for presentations and student performances.

“One of the things that we’re really hoping to accomplish in this relocation is to get more of our teachers to use our space more often. That would to us signify great success,” Greenberger said.