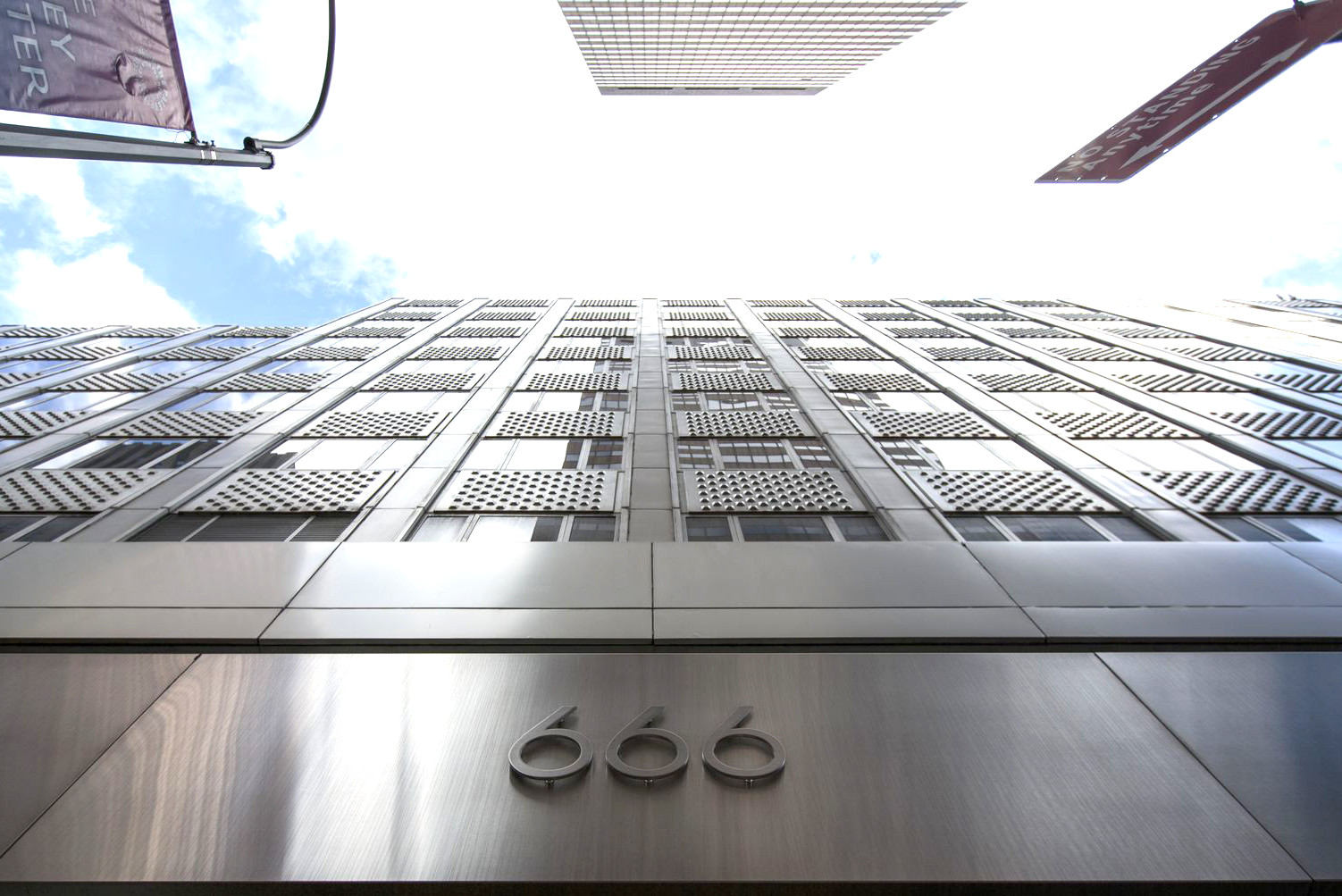 Kushner Companies this week struck a deal with Brookfield that will get President Trumpʼs in-laws out from under a pile of debt.

Brookfield Asset Management signed a 99-year ground lease for Kushner’s trophy 666 5th Avenue, effectively ending months of speculation about what the company would do with the over-leveraged building.

Brookfield secured the leasehold for the 41-story, 1.5-million-square-foot building in Midtown Manhattan, through one of its real estate investment funds. The Canadian behemoth will operate the building and plans a major redevelopment program of upgrades that will capitalize on the towerʼs location.

“With its ‘Main and Main’ location, direct transportation access and currently unrefined physical characteristics, 666 Fifth Avenue has the potential to be one of New York City’s most iconic and successful office properties,” said Ric Clark, senior managing partner and chairman of Brookfield Property Group, which will manage and redevelop the property.

“Given Brookfield’s experience in successfully redeveloping and repositioning major office assets in New York and other cities around the world, we are well placed to capitalize on that opportunity.”

Financial terms of the deal were not disclosed. Kushner Companies purchased 666 Fifth Avenue in 2007 for $1.8 billion, at the time a record for the most expensive office building ever sold. The deal was funded with more than $1.7 billion in loans, and ran into trouble after the financial crisis, when property markets went flat.
The company later sold the building’s retail condominium to the Carlyle Group and Crown Acquisitions for $525 million and brought in Vornado Realty as a partner during a debt

restructuring of the property in 2011. In June, Kushner bought Vornado out the partnership in a deal the REIT said realized net proceeds of $120 million.

According to Reuters, in 2016, the Kroll Bond Rating Agency valued the 20 percent vacant building at $982.1 million.
Brookfield Property Partners owns substantially all of Brookfield’s commercial property assets. The company is also on the home straight of a $9.25 billion deal to buy mall operator General Growth Properties.