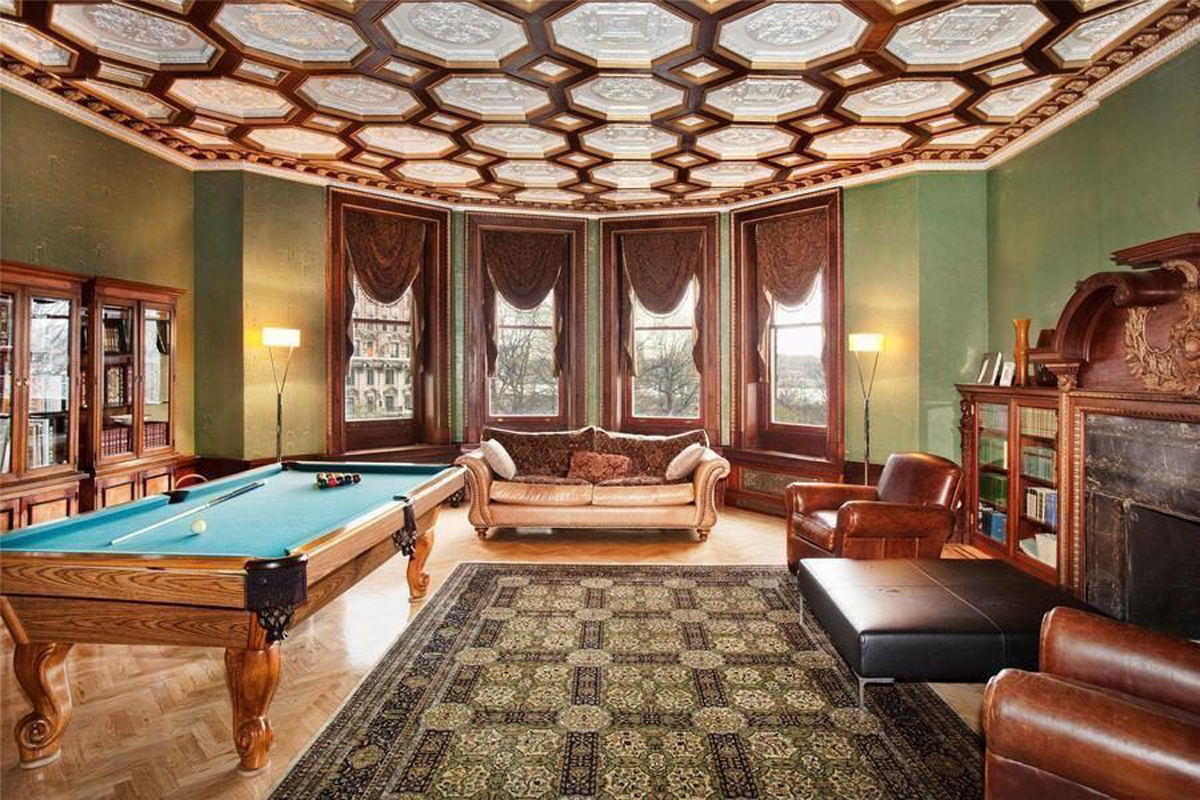 Kleeberg House going to auction, may sell at 1/3 of initial asking price

The Kleeberg House, a landmarked French Renaissance Revival mansion in the Upper West Side, is set to be sold at auction after several price chops.

The property, which was first listed in 2012, may soon be bought through a mobile app. Concierge Auctions included the property in its “Winter Portfolio Sale,” which allows online buyers to lodge bids through the Instant Gavel app. The auction is scheduled for December 20.

“We are excited by the opportunity and prospects this auction presents. Buyers from around the world will have a once-in-a-lifetime opportunity to purchase a historic and rare 37-foot-wide Upper West Side townhouse,” said Daniel Joory from brokerage Engel & Volkers. “Designed by renowned Architect Charles Pierrepont H. Gilbert with high ceilings and a limestone façade, the home still has all of its original woodwork and offers unobstructed views of Riverside Park and Hudson River. It’s quintessential New York City.”

The 19th century townhouse, which is located at 3 Riverside Drive, has an unfortunate history. It was built in 1896 by Philip and Maria Kleeberg. According to a previous article in the New York Times, Philip Kleeburg was a lace merchant and oil broker. He was said to have invented the calculator, which led him to be president of the National Calculator Company. He gave the property to his wife a month before it was completed. She committed suicide in the house in 1903.

When the property was first listed, it came with an asking price of $40 million. Before it was put on the market, Kislin tried to rent out the mansion for $60,000 per month. That price has since proved susceptible to gravity. Earlier this year, the price for the property went down to $22 million. Meanwhile, a dedicated website for the mansion had an asking price of $18.5 million.

Appraisal firm Miller Samuel earlier appraised the property for $29 million, according to Concierge Auctions. The firm expects the home to sell in the $13 million to $16 million range.

MANAR to merge with Hudson Realtors