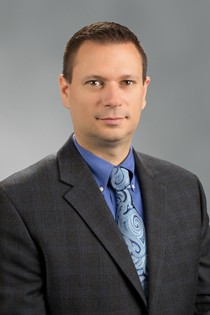 A report by commercial brokerage Cassidy Turley found a positive net absorption of 1.66 million s/f across Manhattan, driving office availability down to 9.7 percent — the lowest rate since September 2008.

“This is probably the busiest July I have seen in my 15-year career,” said Richard Persichetti, Cassidy Turley’s director of research and consulting.
He cited strong job growth — with 7,800 jobs added in the financial sector in June alone — as an explanation for firms’ willingness to lease more space this summer.
CBRE’s report noted a somewhat lower net absorption of 1.42 million s/f corresponding with a higher availability rate of 11.2 percent. Unlike Cassidy Turley, CBRE includes buildings with less than 100,000 s/f in its data.
The average asking rent rose to $65.84 per s/f from $61.07 a year ago, according to CBRE, driven by strong gains in all three major submarkets.
Average asking rents in Midtown and Downtown both grew by six percent year-over-year to  $73.79 per s/f and $49.16 per s/f, respectively. Midtown South’s average asking rent rose by five percent to $66.72 per s/f.
Downtown recorded the steepest drop in availability, according to Cassidy Turley, continuing its emergence as a cheaper alternative to Midtown.
Lower Manhattan’s availability rate fell by 60 basis points to 10.3 percent, while Midtown saw a 40-basis-point drop to 10.0 percent. Midtown South’s availability stayed almost flat, falling by 10 basis points to 8.3 percent.
Across Manhattan, Class A asking rents increased by $0.39 per s/f to $75.25 and Class B asking rents increased by $0.20 to $57.47 per s/f. займы на карту