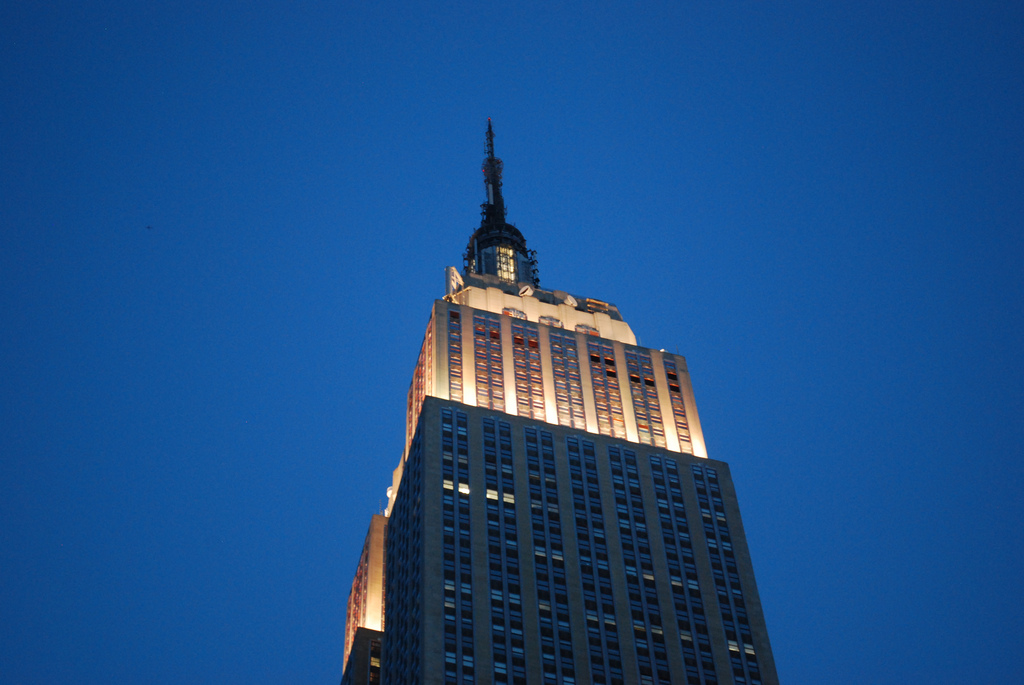 In a brief statement, Thomas P. Durels, executive vice president, director of leasing & operations for Empire State Realty Trust, Inc. said, “We are grateful to Newmark Grubb Knight Frank, specifically Jimmy Kuhn and Billy Cohen, for their efforts and dedication to the Empire State Building.
“We look forward to working with Paul Glickman and the JLL team as we continue to elevate the Empire State Building and build on our fantastic leasing success.”

ESRT declined to make any further comment on the decision to replace NGKF, which has handled leasing at the iconic building since 2009, when it took over from CBRE.

Since then, the NGKF team has been instrumental in helping transform the Art Deco landmark into an “urban campus” of trendy tenants such as LinkedIn, Shutterstock, Bulova, Coty, Li & Fung and Skanska.
When engineering firm HNTB Corporation leased three floors in March, Durels said, “We have terrific momentum in leasing at the Empire State Building, and while HNTB’s lease reduces our current inventory to two full floors, we will be delivering to the market two full floors in 2015.

“The terrific response to our unique urban campus’s new amenities and improving neighborhood is the fruit of our team’s hard work, and we look forward to more leasing.”
As part of its effort to reinvent the 83-year-old tower as an office campus, Empire State Realty Trust has spent over $500 million upgrading the property to cater to growing Class A tenants, adding a conference center, gym and a 100-seat white-tablecloth restaurant to the building and investing in a much-lauded energy retrofit.

NGKF manages leasing for five towers owned by partnerships run by the Malkins, including One Grand Central Place.

JLL, meanwhile, has been a partner with ESRT on the Clinton Climate Initiative Cities program that managed the building’s energy retrofit.
Tony Malkin, chairman and CEO of Empire State Realty Trust announced last year that the company had cut energy usage at the 102-story tower by up to 38 percent and cut energy costs by $4.4 million annually.

Jones Lang LaSalle (JLL), Johnson Controls (JCI), and Rocky Mountain Institute (RMI) developed the energy efficiency program that has been implemented at the Empire State Building and at all 13 properties in Empire State Realty Trust’s New York portfolio. Neither JLL or NGKF responded to request for comment by press time.