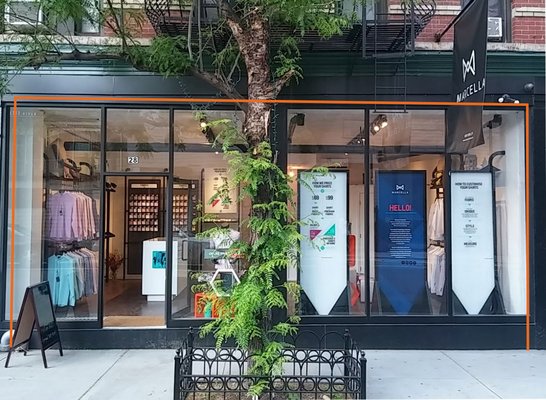 Japanese restaurant Ato to open at 28 Grand St. in SoHo

Eastern Consolidated’s Retail Leasing Division has arranged a five-year, 700 s/f lease at 28 Grand Street in SoHo for Ato, a restaurant that will feature Japanese dishes with a French twist.

Senior Director and Principal James Famularo represented the landlord and the tenant in the transaction.

“This is a beautiful space that will be ideal for a casual Japanese restaurant delivering fine food and great service,” Famularo said.

“The site enjoys heavy foot traffic from both locals and tourists and is near high-end hotels including The James, SoHo Grand, Trump SoHo, Mondrian SoHo, and 60 Thompson.”

Together Ato’s owners, executive chef William Shen and manager Katar Varivarn, have spent nearly 25 years in the hospitality industry. Shen is a graduate of the prestigious Culinary Institute of America and has worked in such renowned restaurants as Jean-Georges, Morimoto, Masa, and Midtown luxury hotel Langham Place.

Varivarn has worked at Coi at the Bryant Park Hotel, Jean-Georges, the Gramercy Park Hotel under Danny Meyer, and as a manager at the Langham Place Hotel.