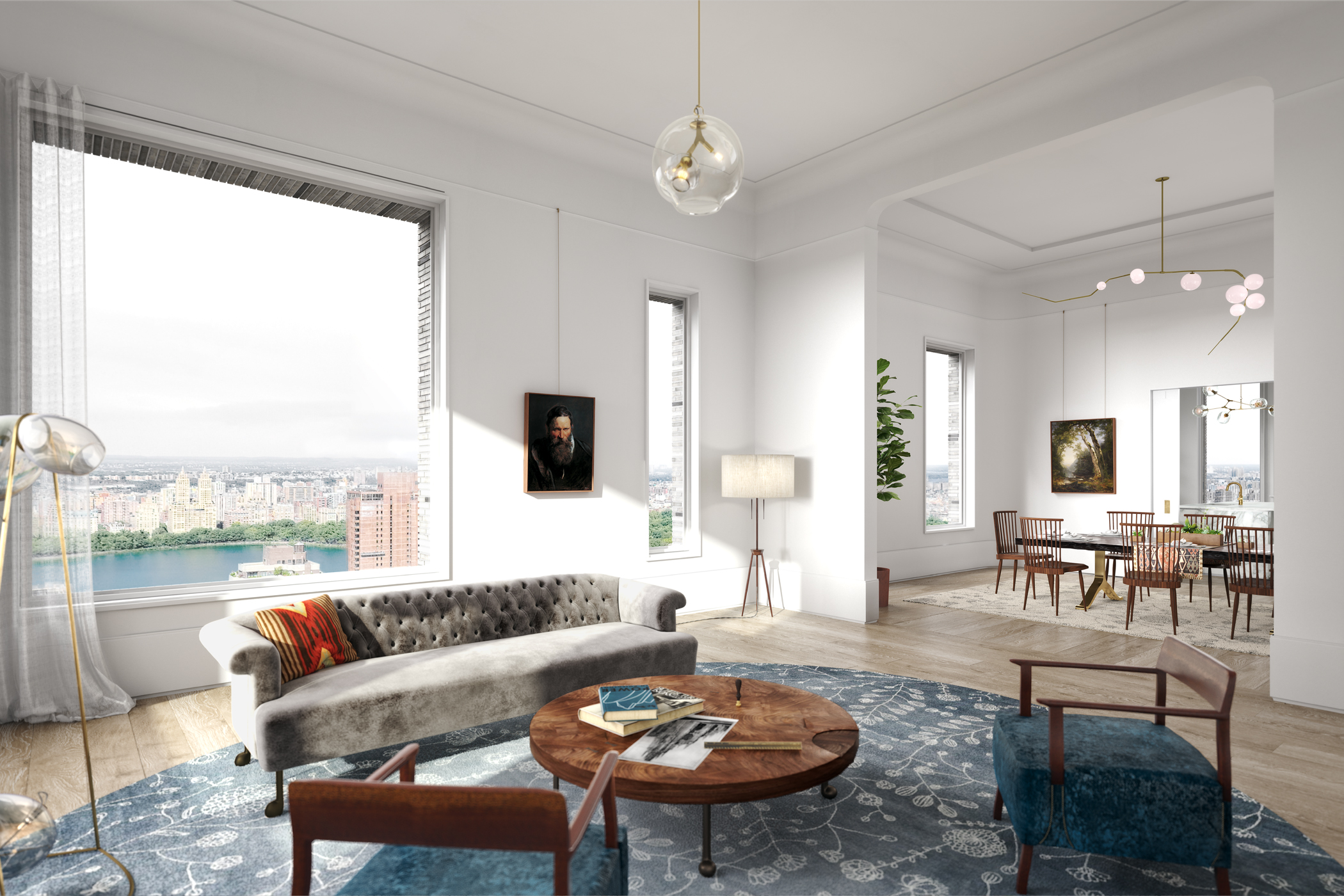 At DDG’s condo tower on the Upper East Side, it’s all in the details. That’s the approach developer DDG took when sourcing the materials used in creating 180 E. 88th Street, where DDG is not only the developer, but also the designer and contractor.

The 521-foot tall residential building, located on 88th Street between Lexington and Third Avenues, will be the tallest building above 72nd Street once completed.
DDG first launched sales for the building in January of last year, but they recently re-launched sales after the project was sidelined for several months with a stop work order. The city took issue with plans the developer filed that seemed to flout zoning regulations. After re-filing its plans with the city last December, the work order was lifted and construction resumed.

It was so important to DDG chairman and CEO Joe McMillan to show just how high the ceilings will be in the apartments at the new luxury building, that he and his team looked at between 30 and 40 retail spaces before finding the right space for the sales gallery, located about 24 blocks south of 180 E. 88th Street.

The vision for the building was inspired by classic elements of Upper East Side architecture, married with modern, European-style design. 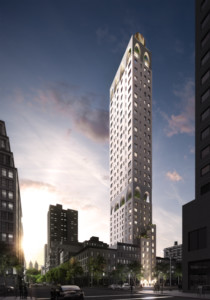 The 48 units will have ceiling heights of up to 14 feet, and up to 28 feet for duplex units. Units will range from studio lofts to two and three bedroom homes, to full-floor and triplex units. Wood floors are imported from a Benedectine monastery in Austria, and the bricks used in the facade are handmade from Petersen Tegl in Denmark.

In the units, lobby, and facade, the design is inspired by cathedrals of Europe, with swooping, Gaudi-esque arches within the units.

“All of our buildings have a thread,” said McMillan. “You’ll see consistent details from the outside all the way to the inside.”

It was important to the team to not have a facade that was totally different from the aesthetic on the inside of the building.

“Here, every space is different, and it’s a sequencing, a pealing of the layers, where you get to transition from one to another, but it has a natural organic flow to it,” he said.

McMillan and his team spent a lot of time in Europe sourcing the materials used in making the building, including visiting the brick factory in Denmark where each of the building’s roughly 594,000 handmade bricks are made. It’s the same brickmaker DDG used on its Meatpacking District building, 345 W. 14th Street, a building DDG completed in 2013.

“We really love these bricks because they are made by hand, so the coloring and shape is slightly different on every brick,” said McMillan. “We really view this as bringing a little bit of downtown uptown, using a very modern brick, although it’s being made in the same way it’s been made for hundreds and hundreds of years in Europe.”

The design team wanted to use a distinctive brick that was also deferential to the architectural history of the neighborhood.

Art plays a role in the building, from the lobby’s curved wall installation by German plaster artist Jan Hooss, a nod to the plaster and stucco that was a fixture in Upper East Side buildings at the turn of the 20th century.

And just blocks away from the building are some of the city’s best art museums, including the Guggenheim and the Met.

The attention to detail wasn’t spared for the building’s amenities either. Spread across eight floors, they will include a partial basketball court, soccer pitch, fitness center, and wine room. DDG partnered with the Children’s Museum of the Arts in designing an interactive playroom for the building’s residents.

“The amenities in the building are fantastic, as are the amenities surrounding it,” said McMillan.

Corcoran Sunshine is heading up sales at the building, and while they haven’t released sales numbers yet, they said the response has been very good and prospective buyers see it as unique.

DDG first acquired the building at the end of 2013, for $70 million. Now, the firm is expecting construction of the 48-unit condo tower to be complete sometime in 2018, with prices starting around $3.2 million and going up to $16.7 million. The penthouse unit has not been listed, but they expect it to be priced around $28 million.