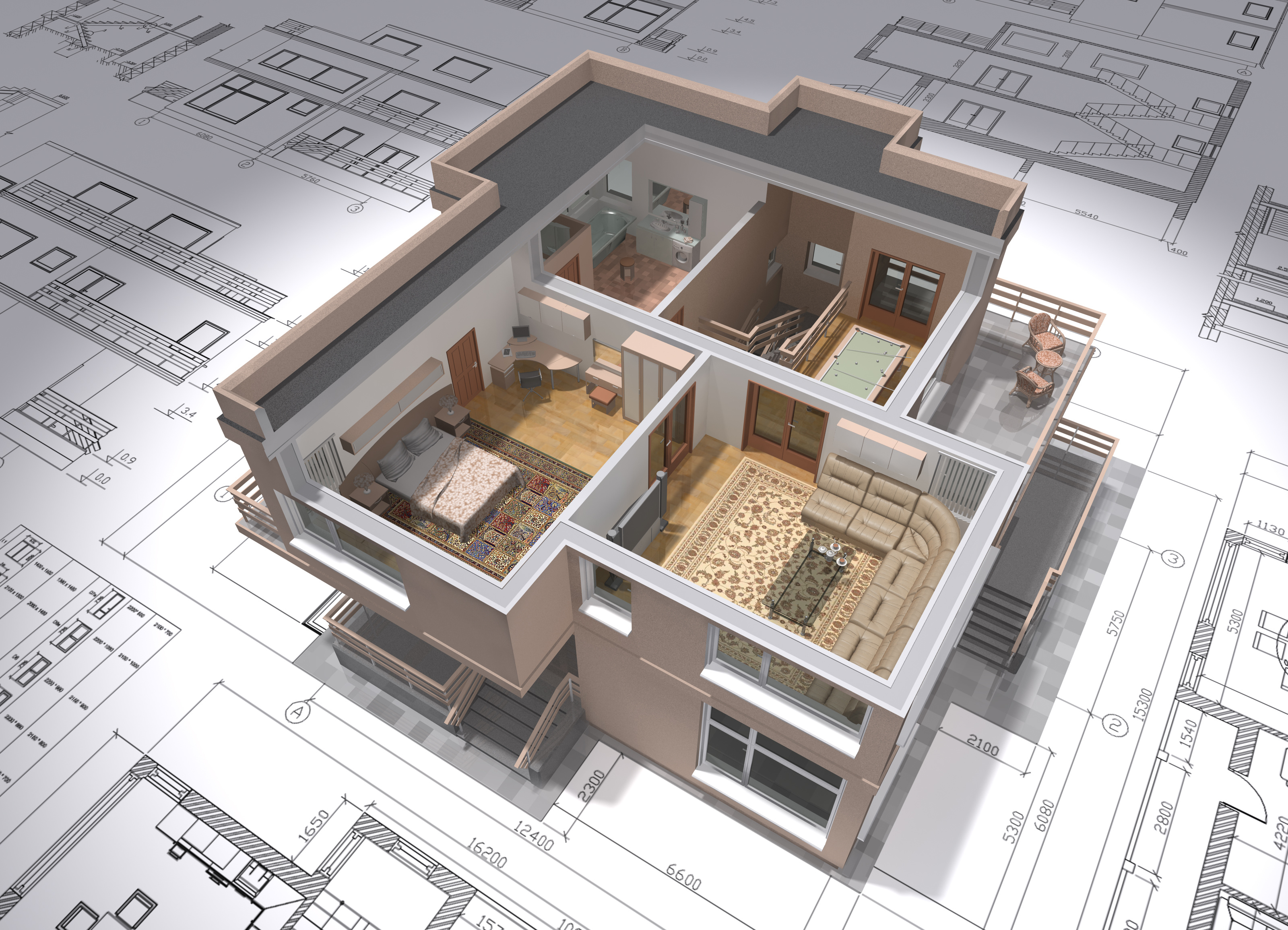 Open floor plans are being replaced by “broken floor plansˮ as the layout trend begins to wane, according to some market experts.

The shift is due to the rise of smartphone and tablet use in family homes, according to British architect Mary Duggan, of London-based Duggan Morris Architects who coined the “broken floorˮ phrase in an article in architecture and design magazine, Dezenn last Fall.

Duggan said reintroducing walls to tech-heavy households is allowing families to use their devices in private, or watch different movies or TV shows at the same time.

He said a friend of his who sought out an open design and was thrilled — until “he realized that he wasn’t an interior decorator or designer.”

Madrid said that less defined spaces can be harder for residents to properly furnish in a way that balances the room both aesthetically and functionally.

“They have a vision that (the finished room) will look beautiful in conclusion,” said Madrid. “But they’re left frustrated.

“The trend caught on pretty quickly, but again, it was a trend. The trend fizzled and the novelty wore down. There’s no need for it anymore.”

While the desire for more open general living space may not be the selling point that it once was, Madrid said that flexible, flowing kitchen spaces are still a hot ticket.

“What’s in demand is the open kitchen layouts. I’m seeing a lot of renters liking island-type open kitchens where you knock down the wall,” he said.

This allows residents to make judgement calls when it comes to installing a dinning room table as well as providing a free-flow environment between the kitchen and the rest of the living area.

The kitchen’s lack of a fourth wall does not have to entirely block it off.

A partial wall which can serve as a counter gives those living in the dwelling the option of placing stools along it, which provides both a trendy look and an out-of-the-way place to eat.

The space saved due to the forgoing of a formal table gives residents more space to either leave open or place other furniture, such as a couch.

Eric Benaim, CEO and president of ModernSpaces, said that those providing the spaces are equally interested in retaining the more traditional style.

He said that residences that are divided up into separate rooms can actually “look and feel a lot larger.”

Benaim has noticed both the move back towards a traditional layout when it began several years ago and he has also seen the desire for an open kitchen remain intact amongst home seekers. “I don’t see that going away,” he added.

Melanie Lessey, associate real estate broker at Gateway Residential Management LLC, doesn’t see it fading out either. “Our apartments are considered more traditional. Open floor plans are more related to loft-style living, which we do not offer,” Lessey said.

“What we do offer are open kitchens, which is preferred by most prospects. I have in recent months had prospects who were moving from loft spaces that were more of an open floor plan, but were no longer conducive to their new lifestyles. In almost all instances they started a family and needed a separate rooms, which was not possible with an open floor plan.”

While the trend may have run its course in many circles, it is certainly not extinct.

“When it was a buyers’ market, buyers could really chose what they wanted,” Kori Covrigaru, CEO and co-founder of PlanOmatic told Brokers Weekly. “I don’t think the trend is moving away from open floor plans, I think that is what people prefer.

“People are more concerned about whether they have space for themselves. In terms of new construction, we’re still seeing a lot of open floor plans. In terms of existing homes, I think they’re looking for space first and foremost right now.

One Sixty Madison, a luxury rental tower in NoMad, has certainly embraced the modern floor plan.
“It’s got a lot of angles, it’s a very angular building,” Clifford Finn, executive vice president at Elliman Developlment Marketing said. “In that particular building with the floor–to-celling glass, if you were to try to put in separate galley kitchens, it would make furnishing those rooms more difficult.” Finn pointed out that One Sixty Madison’s signature octagonal design makes most of the residences an ideal fit for a more open setup, but he admits that traditional layouts are still very desirable.

Finn said that all prospective residents are unique and some may wish to seclude rooms, like the kitchen or the family room, away from the rest of the house.

He said that one quarter of the units in One Sixty Madison do, in fact, have a separate galley kitchen. These were provided to give tenants an alternative.

While he said there is a market for both, Finn added that the modern, open layouts didn’t serve as a liability for the building when it first opened its doors.

“It didn’t deter (tenants) at all and it has not deterred them from paying substantial rents for these apartments, which are quite beautiful,” said Finn.

“In a certain type of building in certain types of locations you’re dealing with residents who may not utilize the kitchen to prepare meals,” continued Finn.

“It’s really a formally versus informally entertaining. All the penthouses [of One Sixty Madison] have separate kitchens because someone who is going to rent a penthouse like that is going to formally entertain or prepare meals and, for that reason, they want that kitchen to be a little more separate.”
Finn said that, in general, many people living in Manhattan may not be looking to entertain large groups and thus may not desire a sectioned off kitchen.

higher sums are actually seeking out the open kitchen layout.

Keane attributes this to the viewpoint that an open plan gives the appearance of a larger, wider space.
However, she added that the majority of the buildings under Kings and Queens’s watch are new construction.

The outlying, older residences are large enough to foster both a sense of openness and a traditional layout.

Last piece of puzzle coming together at Navy Green