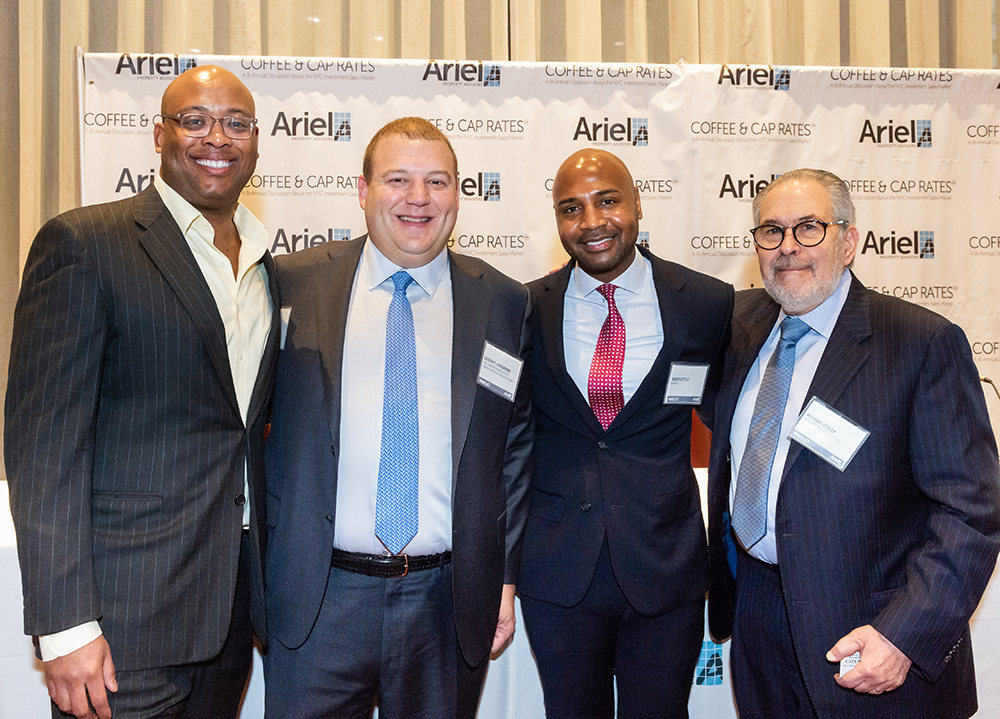 That is to say, 2019 was a successful year of soaring rents and demand for office space. At the same time, the industry saw a 15 percent drop in deal volume from the year before.

And then there are those rent regulations that changed absolutely everything.

In light of the new rent regulations, a few industry decision makers are saying that while they aren’t staying away from multifamily, they are being a lot more picky.

“Your income is fixed but your expenses are variable, so we are still lending for the right sponsor and the right basis. We look at the property, if it’s vacant, is it legally vacant? How come there are 20 units vacant? Can they be combined? Does it have the right paperwork?”

Tyrone Barnes, vice president, Taconic Investment Partners, said investors also understand they need to be in it for the long term.

“The days of increasing your rent roll by doing buyouts — those days are gone,” he said. “One of the advantages (of the new rent regulations) is that it took away some of the quick hitters and flippers. Now it’s gone back to the traditional property owning formula.”

Both Barnes and Fingerman shared their observations with a room full of real estate professionals at “Coffee & Cap Rates,” a breakfast panel hosted by Ariel Property Advisors last Thursday.

At the event, the panelists spoke about what they were currently interested in — like senior/age-restricted housing — and what they may not be able to ignore, like co-living.

On the topic of multifamily, Settles said he’s currently interested in Manhattan communities near transit hubs, believing they will fare well this year.

“We like live-work-play markets, transit-oriented, like Hudson Square and Midtown South,” he said. “That’s where we’re looking. It used to be that the CEOs lived on the Upper East Side. Now they’re in Tribeca, Chelsea.”

Outside of the city, he thought strong markets were Connecticut, New Jersey and parts of Long Island although he warned that due to the “NIMBY” factor it can be hard to complete projects there.

Fingerman said because of the connectivity, transit-wise, Signature is lending in Long Island City in residential, office and industrial.

Fingerman said he was more interested in Long Island, which has been seeing growth in assisted living. “They seem to have strong occupancy and meet a need.”

But that type of housing as well as senior developments have also been popping up in Manhattan, with Stoler pointing out the planned 44-story senior building at Hudson Yards announced last week by Related Companies.

On the subject of retail, speakers said they’ve been looking at tenants more in terms of an amenity for a neighborhood.

“Traditional retail still works but it has to be the right program, the right experience,” Settles said. “You want to look at the credit worthiness of their balance sheet but also about what they provide.”

Barnes agreed. “You can’t build it and hope they come. It’s got to be right for the tenants. You don’t want something that’s going to shut down at 5 p.m. You want businesses that will stay open late and help other business.”

In the office market, the tech boom has caused flight to newer properties with leasing volume the highest it’s been since 2001 and record-high asking rents. As for what this means for older properties, the panel speakers seemed to think that those landlords will simply have to step it up.

“If you have a B or C building, with Local Law 97, you’re going to have to make that building efficient or you’ll face fines,” said Settles. “And to be competitive you should do it anyway. Tenants are getting savvier and more sophisticated.”

Settles noted that the average office product is 86 years old and said there are ways to retrofit while keeping the character of the building and adding amenities. “I think that’s going to be the focus of a lot of landlords,” he said.

Meanwhile, there’s still plenty of demand for co-working space. “Employers want flexibility,” said Settles. “It could be very temporary or it could be enterprise users who don’t want to think about their own real estate needs. Even with smaller floor plates, you have to incorporate some sort of co-working as an amenity.”

On the related sector of co-living, Barnes said he’s observed people become more receptive to it as housing has gotten so expensive.

“If it was part of a (larger project) and it made sense, I wouldn’t shy away from it,” he said.

While Signature has yet to lend to any, “I see we might have to,” admitted Fingerman. He said the idea wasn’t exactly new, but more like a re-branded way to get a roommate and meet people.

“It is a repackaging. Like the Uber effect on taxis; it’s just a new way to find a property.”