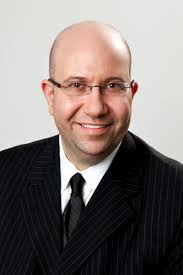 Institutional deals drive multi-family sales to $3.2B in 3Q

A plethora of institutional deals drove the city’s multifamily sales market to a blockbuster $3.2 billion in dollar volume during the third quarter.

“Third quarter volume was buoyed by 12 institutional level deals in September at prices over $20 million, including three transactions that were over $200 million,” said Shimon Shkury, president of Ariel Property Advisors.

“This is unique in that the summer months were primarily dominated by smaller deals and, consequently, deal flow in the third quarter exceeded our expectations.”
Shkury continued, “With global instability pushing rates lower and sustained demand meeting constrained supply, we expect this market strength to carry into the remainder of the year.”

Notable transactions include the sale of two Upper East Side packages; a $485 million package of mixed-use elevatored buildings located on East 88th Street and 2nd Avenue to partnership of Stellar Management and the Chetrit Group, and developer Ben Shaoul’s $270 million purchase on East 89th Street and 1st Avenue.

These sales translate to $592 and $749 s/f, respectively. Pricing in Manhattan remains stronger than ever, as the six-month trailing average price per square foot has increased 31 percent from a year ago, from $647 to $844 per square foot.
Northern Manhattan saw volume increase across all metrics in 3Q14.

A 52-unit package of walk-up buildings located at 107-113 Greenpoint Avenue in Greenpoint recently sold for $23.75 million, or $616 per square foot, highlighting the borough’s surge in pricing.

The Bronx also continued its strong 2014 in the third quarter, as dollar volume increased 24 percent to $415 million year-over-year and remained steady quarter-to-quarter.

A slew of transactions over $10 million, including the sale of 2230 Grand Concourse for $10.2 million, or $166 per square foot, solidified the borough’s strong quarter.
In terms of pricing, the Bronx has seen a128 basis point drop in its six-month trailing average cap rate from last year, decreasing from 7.48 to 6.20 percent.

Aided by Hudson Realty’s $216 million, 1,269-unit portfolio sale in Kew Gardens, Queens experienced the highest increase in both year-over-year and quarter-to-quarter dollar volume of any sub-market, growing 165 percent and 355 percent, respectively, to $347.78 million.

A handful of other institutional transactions over $15 million in Elmhurst, Hollis and Murray Hill helped the Queens figures improve as well.