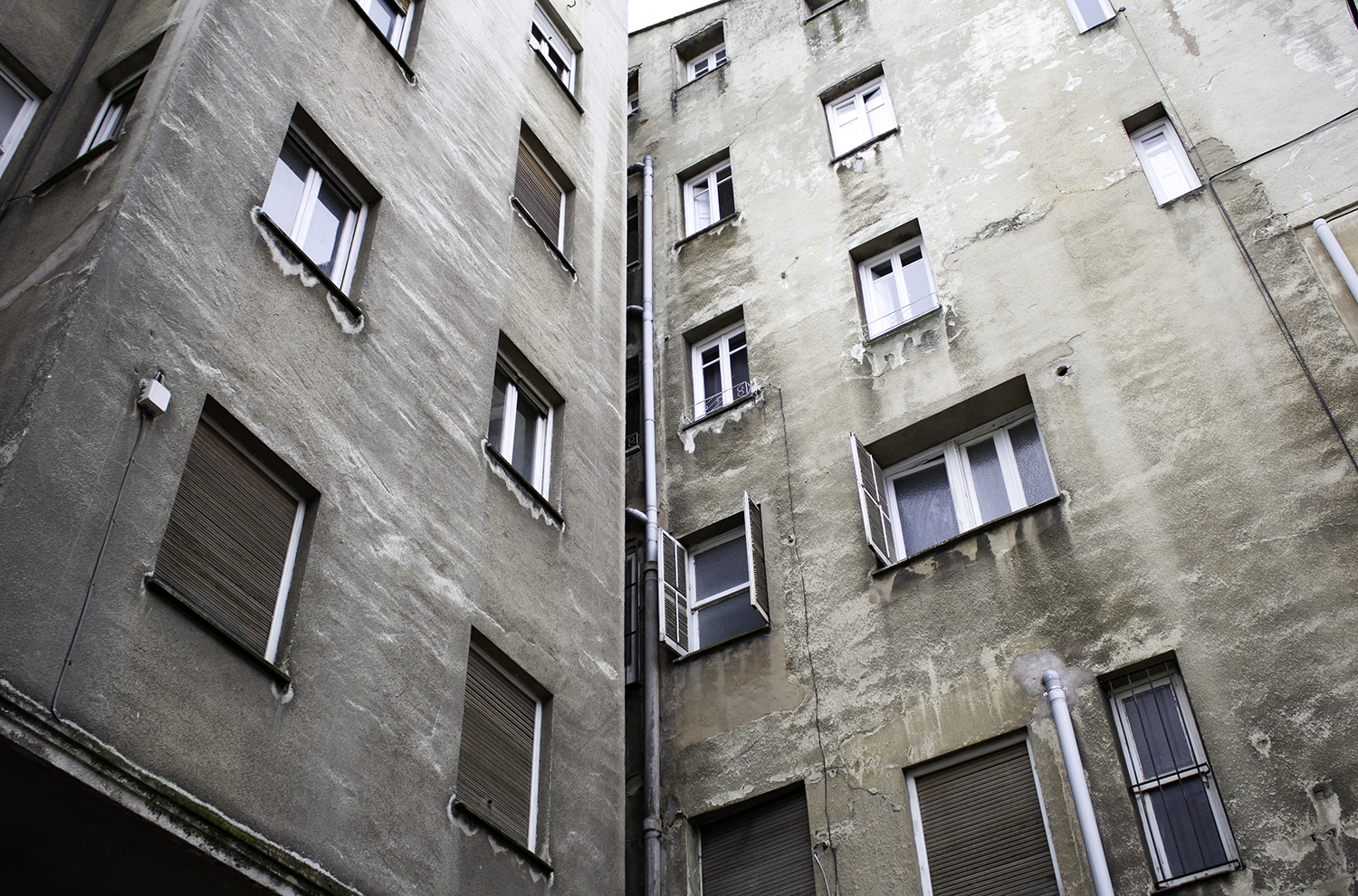 Housing groups and think tanks have filed legal documents supporting the owners of New York’s rent stabilized apartments in their fight against 2019 rent laws they believe are unconstitutional.

The so-called amicus briefs back the Community Housing Improvement Program (CHIP) and the Rent Stabilization Association in their federal lawsuit against the City of New York.

The lawsuit, filed in July 2019 and currently on appeal before the U.S. Court of Appeals for the Second Circuit, challenges regulations the owners believe have harmed owners and tenants and constrained the city’s housing market for over five decades.

The legal challenge, filed against the City and State in the U.S. District Court for the Eastern District of New York, asserts that the RSL violates the Due Process and Takings protections of the United States Constitution, depriving property owners of their constitutional rights. It was dismissed by the District Court in September 2020 on the ground that Second Circuit precedent supports the law’s constitutionality. However, the plaintiffs argue the prior decisions addressed different legal claims and a different law (prior to New York State’s 2019 amendments), and—most importantly—relied on legal principles that the U.S. Supreme Court subsequently rejected.

“Pursuing our claims on appeal, is something we anticipated having to do and look forward to,” said CHIP and RSA, the plaintiffs. “We think the arguments laid out in our brief and supported by the amicus filings today will be successful, and with fundamental questions about the future of housing in New York hanging in the balance, that success can’t come soon enough. We look forward to restoring property rights to thousands of property owners and limiting the overreach of government which, over decades, has caused the housing difficulties facing many New Yorkers today.”

“In fact, by creating a de-facto system whereby the most well-connected individuals are able to obtain and retain rent-stabilized housing units, the law has often worked directly against the city and state’s aims. By challenging the constitutionality of the RSL in federal court, we hope to bring New York’s legislature back to the drawing board to create a better, more efficient, and fairer affordable housing regime that protects the rights of property owners and promotes housing affordability.”

CHIP and RSA submitted their opening brief on January 15, 2021, and their arguments are supported by amicus briefs from some of the nation’s leading housing stakeholders, including:

“Artificial government sponsored rental programs have not proven to be an effective way to address the housing needs for New Yorkers. NYSAR believes the need for more affordable housing is best addressed by incentivizing the construction and rehabilitation of housing units, encouraging zoning policies that permit multi-unit housing construction, and support for first-time homebuyers.”

“In our ongoing efforts to support and defend private property rights, the National Association of REALTORS® opposes the expansion of rent control and stabilization laws across the country,” said Charlie Oppler, President, National Association of REALTORS. “Such policies discourage investment in communities and in housing, and most importantly worsen our nation’s affordable housing crisis by significantly reducing supply. NAR continues to contend that neighborhoods and families throughout the nation would be better served by policies that directly address this shortage by encouraging construction and additional development of affordable, accessible housing.”

“New York’s Rent Stabilization Law hasn’t worked. We don’t have enough affordable housing, the below market rate housing we have isn’t targeted for those who need it, and the current system impedes those who need such housing from accessing it,” said REBNY President James Whelan.

“The fundamental issues raised in this lawsuit present an important opportunity to reexamine this counterproductive law and begin necessary, collaborative conversations about finding more effective paths to significantly increase access to affordable housing for New Yorkers who need it.”

“Our nation must address the housing affordability crisis, however, we must do so through responsible and sustainable housing policy,” said Bob Pinnegar, President and CEO, National Apartment Association. “Politically popular measures like New York’s rent stabilization law do nothing to address housing affordability. Instead, it drives rents up and ultimately hurts renters and rental housing providers. We hope that the courts recognize this law’s intrusion on the responsible operation of rental housing and stops additional damage from this short-sighted law.”

“Nobody questions that affordable housing is important, but experts from across the political spectrum agree that New York’s rent stabilization law makes housing more expensive, not less,” said Jeffrey Redfern, Attorney, Institute for Justice. “New York is free to spend its own money to subsidize affordable housing. However, what New York cannot do is force a handful of unlucky private citizens to provide those subsidies at their own expense.”

“Property rights are fundamental rights under the Due Process Clause that warrant heightened protections before the courts,” said Kara Rollins, Litigation Counsel, New Civil Liberties Alliance. “The New Civil Liberties Alliance is thankful that this case is raising this important issue and hopeful that the Second Circuit may recognize the need for strict scrutiny review.”

“Although New York’s latest rent-control rules don’t deprive landlords of their property, they do go far enough to deprive them of at least one fundamental attribute of ownership: the right to exclude,” said Ilya Shapiro, Director, Robert A. Levy Center for Constitutional Studies, Cato Institute. “The Second Circuit should follow what the Supreme Court has already suggested in other contexts: that any interference with that right, be it a small cable running through one’s property or a regulation allowing tenants to overstay their welcome, is a taking that merits just compensation.”

“We have submitted this amicus brief in the hope that the Second Circuit reverses the Eastern District of New York and takes a serious look at New York’s recently amended rent-stabilization laws and the negative effect they have on landlords,” said Kady Valois, Attorney, Pacific Legal Foundation.

According to the RSA and CHIP, the RSL, first enacted in 1969 and revised numerous times since, including most recently in 2019, has never achieved – and often worked directly against – its stated objectives, including providing affordable housing to low-income individuals, mitigating New York’s housing crisis, and maintaining socioeconomic and racial diversity in the city.

The plaintiffs are seeking declaratory and injunctive relief against future enforcement of the law, which will not only halt the deprivation of the constitutional rights of property owners but force the government to get serious about addressing the causes of housing unaffordability. Specifically, the plaintiffs argue the law is unconstitutional for four reasons:

First, the RSL effects a physical taking of the property subject to rent stabilization regulation by depriving property owners of their core rights to possess, use, and dispose of their property and to exclude others from their property, in violation of the Takings Clause of the Fifth Amendment to the U.S. Constitution. Through the RSL, the government mandates the continued, indefinite occupation of rental properties by tenants. Physical occupation accomplished by regulation, like occupation by direct seizure, violates the federal Constitution.

Second, the RSL violates the Takings Clause, because it constitutes an uncompensated regulatory taking of private property. The law has a significant adverse economic effect on property values and provides no reciprocal benefit to burdened owners. Rather, it is a public assistance benefit program—as New York’s own highest court has ruled. However, the welfare program is not paid for by taxpayers as a whole, but instead by a discrete group of property owners, who themselves receive no benefit at all from the program. The core principle of the Takings Clause is to prevent government from forcing certain groups alone to bear public burdens which in all fairness and justice should be borne by the public as a whole.

Third, the law violates the Constitution’s guarantee of due process because it is not rationally related to any legitimate government interest. The State and City do not even attempt to defend the RSL as a means of protecting low- and moderate-income New Yorkers or increasing New York’s housing supply—many upper-income New Yorkers are RSL beneficiaries and the law actually prevents property owners from adding apartments to their buildings. Instead, the governments argue the law benefits tenants who are lucky enough to obtain a stabilized apartment, and its adverse effects on the city’s rent and the housing supply should just be ignored.

Finally, say the plantiffs, the New York City Council’s every-three-year declaration of a housing “emergency,” also violates due process because those arbitrary and irrational emergency determinations are made without any meaningful support for, or analysis of, whether a housing emergency exists that would be ameliorated by “regulating and controlling residential rents.” The fact that a “housing emergency” has continued for half-a-century despite rent regulation is proof enough that the RSL does not work to increase the availability of affordable housing nor have any ameliorating effects on the “emergency.”  However, there are many other types of programs that would do exactly that, without destroying private property rights of building owners.

The plaintiffs are neither seeking damages nor compensation for the violation of their constitutional rights, and they do not seek to completely eliminate protections for the residents of the 950,000 rent-stabilized apartments in New York City governed by the current law.