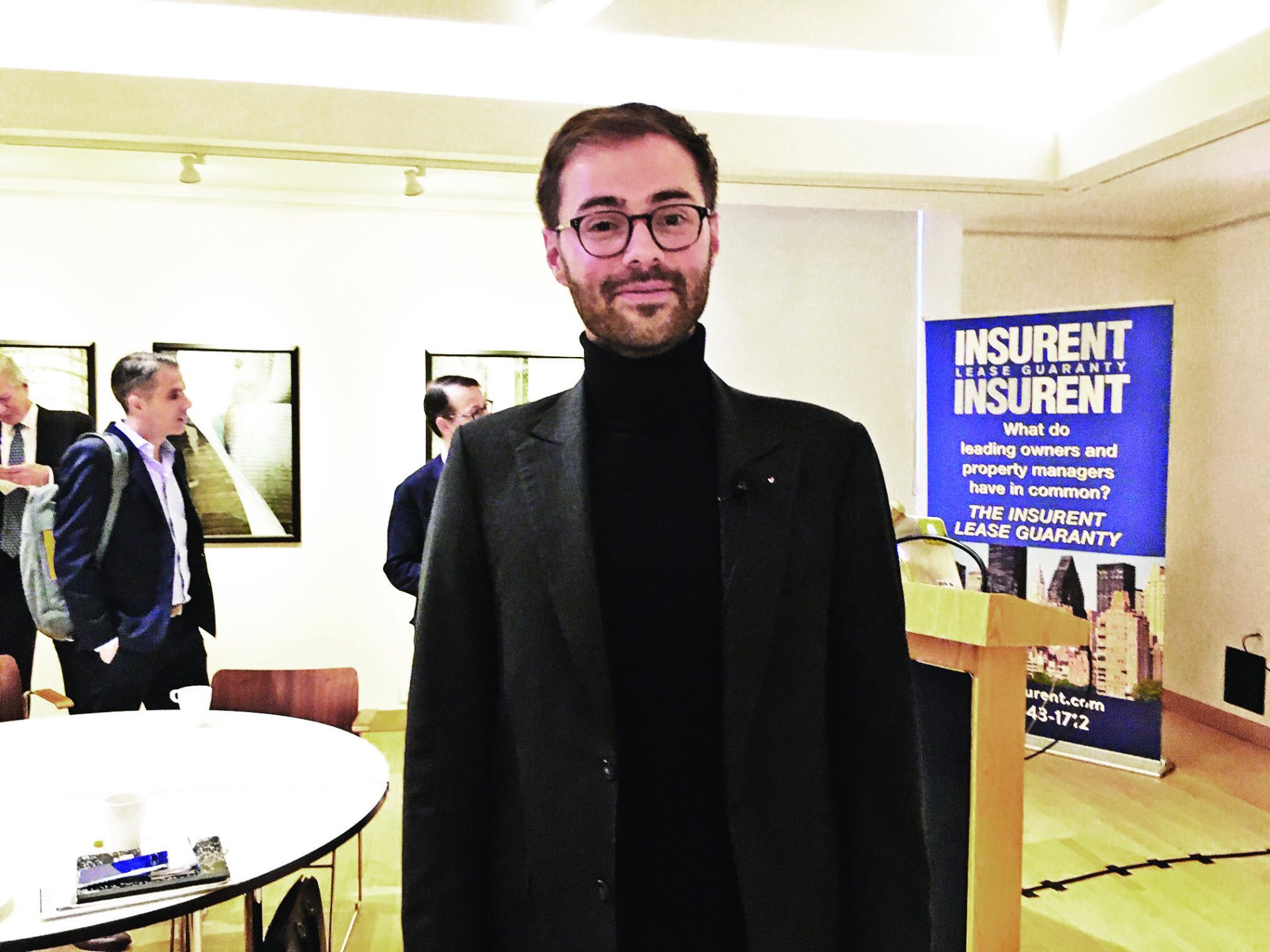 Igluu, an apartment rental and sales listing service startup, is hoping to court home buyers away from StreetEasy with the launch of an online portal and accompanying app the company’s CEO says will be aimed at empowering brokers. While the site already displays listings — at one point around 50,000 though the numbers has dipped as the company focuses on the revamped site — it will soon include new features aimed at walking buyers as well as agents throughout the whole sale process.

CEO Martin Mucha, also the three-year-old Igluu’s co-founder, has partnered Carlos Grass, president of fellow proptech company Stratus on the project. The two discussed the portal, a project close to two years in the making, at a recent private breakfast event attended by industry professionals.

Igluu, which was created to service people looking for apartments as well as find roommates, says the new site, launching at the same time as an app, will significantly expand its current reach.

“It’s not high,” said Mucha of its current audience of around 10,000 users a month, “because we spent two years analyzing it and zero dollars on marketing. It was important for us to first build a high quality product.”

There are other listings services out there already of course, and Igluu aggregates from several of them, including REBNY’s RLS, List Hub, OLR, Realty MX and RealPlus. Igluu also works with Long Island’s LIBOR, Westchester’s Hudson Gateway, Bronx MLS, Staten Island’s SIBOR and is always on the lookout for additional verified sources. Igluu is hoping to differentiate itself from other listings services because of the features which they say would incorporate every step of a sale, including payment.

Revenue is expected to come with a to-be-determined fee for a subscription service for brokers, but Mucha and Grass have promised there will be no advertising service like StreetEasy’s controversial “premier agent” model, or referral fees. Grass stressed the service will always be broker and agent-friendly. Listings are run with no fee for the landlord or broker and from the moment a would-be buyer decides to work with a particular agent or broker, he or she then becomes the public user’s single point of contact. Real estate professionals and brokerages meanwhile will have access to information that can be easily shared, from listings to a property’s public records for the past 7-10 years to market reports to neighborhood data. The system is integrated with Google Drive and Microsoft OneDrive and

Dropbox will be included later on. Eventually, the platform will also enable agents to receive payment through the system, though the funds would go directly to the brokerage, rather than the agent. Another service will be the periodic weeding out of outdated listings since a common problem on real estate websites is that they remain live for too long after closing, and removal of spam-like or deceptive listings, which Mucha said are easily tracked back to their authors.

“With bad actors, we’re looking at how to deal with them,” he said.
The portal is currently still being tested in its beta format by roughly 1,000 agents in the New York Metro area and Ontario, but Mucha said he expects it to be partially rolled out by the end of this year and fully next year.

“It’s going to streamline so much work for so many people,” he said, adding that he believes the chat function, which comes complete with the ability to communicate in emoji, to be the highlight of the service.

“In real estate, too many people communicate through text and a lot of information gets lost in translation,” said Mucha. “But this system is built around chat for individuals or groups so you can share listings and reactions (to listings), share documents and contacts. It’s actionable, similar to Facebook.”

Stratus has been involved for the past year, with Grass saying the company had a “pipeline” of other features that the partnership hopes to introduce within the next year. Others involved in the 35-person project as advisors are Sebastian Delmont, co-founder of StreetEasy; Fabio Mercurio, global head of qualitative analytics at Bloomberg and Patrick Morselli, formerly a head of expansion at Uber and WeWork.

Though the Igluu CEO declined to share how much his company has raised for the project, he said there are no venture capital funds and that the company’s goal of long-term growth can be supported through its current funding and structure.

As for whether a small company like his can ultimately find success by competing with StreetEasy, Mucha of course says he’s been told it can’t happen.

One of those naysayers is Michael Rossi, CEO at brokerage firm Elegran, who, when told about Igluu’s plans, was skeptical it would make much of a dent in the listing giant’s foothold.

“StreetEasy has incredible market share, recognizable branding and a national partner, Zillow. For a site to compete with StreetEasy, they need to be able to command consumer traffic,” said Rossi. “Having listings on the site is simple, as REBNY has begun streamlining listing feeds, but the real value comes from consumer traffic. Nationally, MLSes have been consolidating – most recently with HGAR and LIBOR.

Rossi also believes that despite some of the changes to StreetEasy’s business model, including higher cost of use that has made many agents long for the “old days,” he believes it has improved in other ways like better consumer protection. He added that Elegran not only encourages agents to utilize paid marketing services, it invests on a company level in its agents through partnerships with paid services to market listings and generate both buy and sell-side opportunities for agents.

Rossi also acknowledged what’s lacking in current listings services, in particular the one-stop shop approach Igluu is now pitching, as well validation of listings on most sites, except for StreetEasy.

While the relationship between StreetEasy and the brokerage community hasn’t always been smooth sailing, Rossi feels the company must compromise in some matters to maintain its position at the top.

“StreetEasy controls the residential property search market in NYC and, therefore, dominates the lead generation space as well,” said Rossi. “Their dominant position allows them to monetize the leads in ways that may sometimes be cumbersome for brokers to adjust to. However, even StreetEasy needs to delicately collaborate with the brokerage community because the latter controls the inventory. Without the listings, there will be no consumer traffic to begin with.”