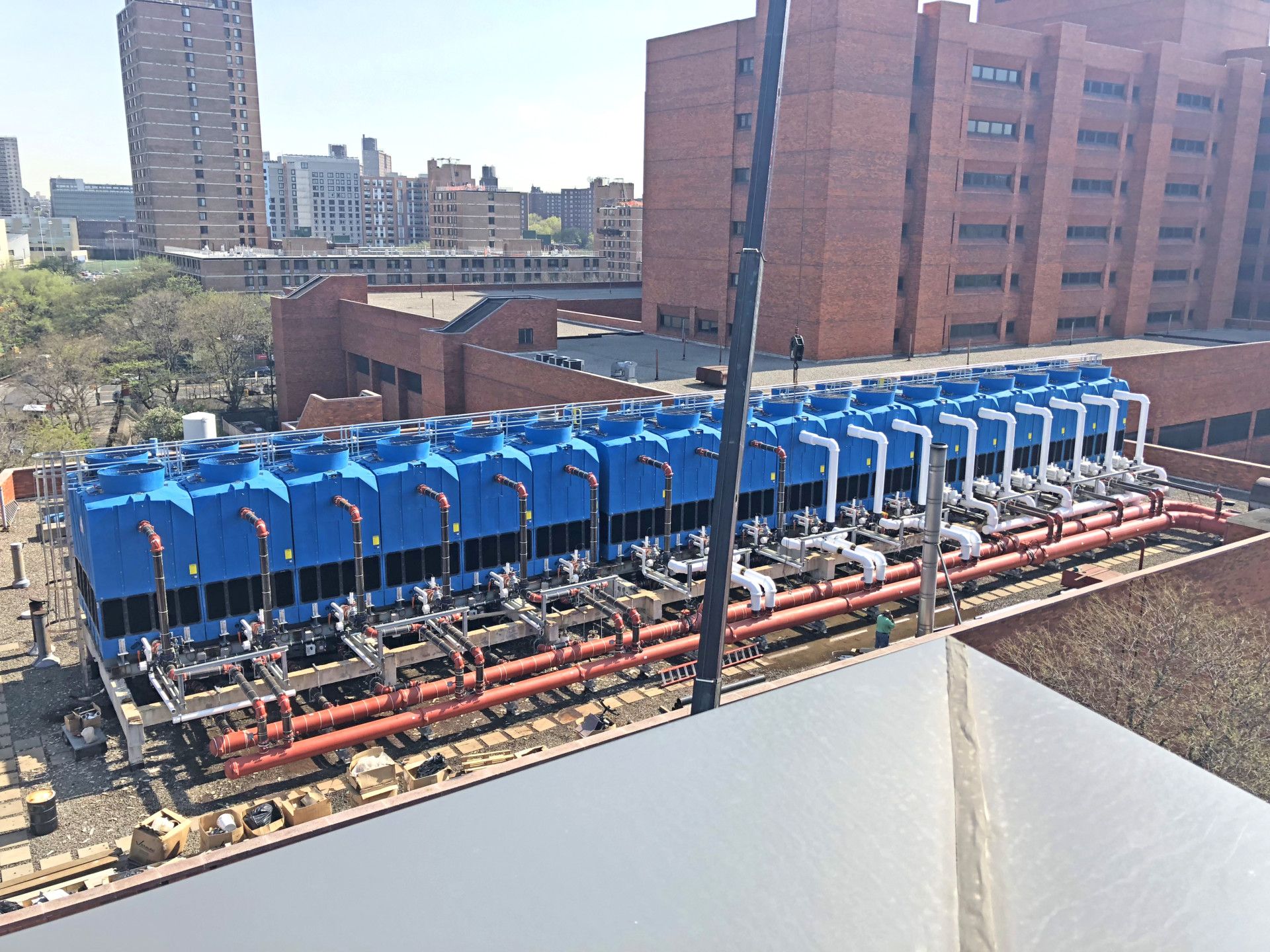 In New York City, a series of deadly outbreaks of Legionnaires Disease has become an all too common occurrence.

So, when a cooling tower supporting the HVAC system at NYC Health + Hospitals/Lincoln was nearing its expected end of life, the management saw an opportunity.

The years before, the neighboring community in the South Bronx had experienced several deadly outbreaks of Legionnaires’ disease. While the hospital’s cooling towers played no role in those outbreaks, the chance to increase protections against possible future exposures of the bacteria that cause the disease was an important consideration.

Accordingly, the hospital’s engineering and management teams prioritized the selection of an anti-microbial cooling tower option. After extensive research the hospital selected and installed 18 units from Delta Cooling Towers (www.deltacooling.com) on the hospital roof.

Delta introduced the first engineered plastic cooling tower in the 1970s and has since created a tower made with an anti-microbial resin. These advanced technology towers contain wide-spectrum additives that operate on a cellular level to continuously disrupt and prevent uncontrolled growth of microorganisms and biofilm.

To reduce future outbreaks, cities like New York are increasingly requiring extensive use of harsh chemicals to be used within all cooling towers. For Lincoln Hospital, this required a professionally maintained water treatment program that uses strong biocides and acid feed treatment chemicals. While these could have a life-shortening corrosive effect on even stainless steel towers, engineered plastic HDPE towers can withstand even the harshest chemicals.

In addition to the added protection and lower maintenance costs, the towers are also projected to cut energy consumption for the hospital by 40 percent.