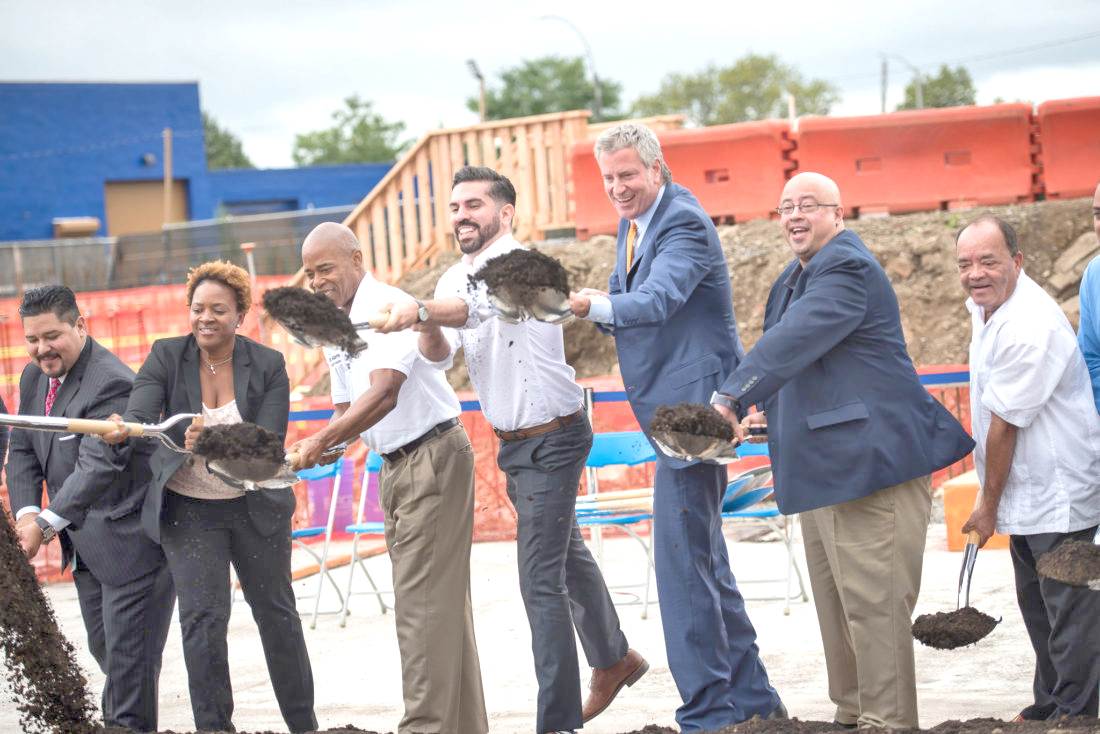 The city has broken groun on a new school facility in East New York.

The new state-of-the-art building will provide 1,000 seats for pre-K through 8th grade students, and will open for the 2020-21 school year.

“For too long in our city, developers wrote the rules while government stood on the sidelines and caused working people to become displaced and many neighborhoods to go underserved. We believe every zip code deserves high-quality education and are proud to deliver on our promise to the people of East New York with this new state of the art school, which will provide enough seats for future generations to come,” said Mayor Bill de Blasio.

“This new state-of-the-art-building will be a remarkable asset to Brooklyn students and families,” said Schools Chancellor Richard A. Carranza.

“I thank our partners for their collaboration, and look forward to seeing students here in just two years. We’re continuing to invest in high-quality schools and school buildings that give students the resources and opportunities they need to succeed.”

The East New York Neighborhood Plan is a comprehensive plan to promote affordable housing and economic development, create pedestrian-friendly streets and invest in community resources and services that support the long-term growth and sustainability of East New York, Cypress Hills and Ocean Hill.

The elementary and middle school is among the most important commitments made to the East New York community as part of the plan, which was adopted by the City Council in 2016.

Others, which have also already been budgeted and many of which are also underway, include parks and playground improvements, creation of affordable housing, assistance for homeowners and resources for local businesses. The East New York Plan is projected to create nearly 6,000 new apartments in the next 15 years, with deep affordability commitments from the City. “When you build a school, you build a community. They are among the few public projects that transform communities overnight. The Mayor and Council Member Espinal are looking to East New York’s greatest asset to ensure the community’s success, the generations to come,” said Senator Martin Malavé Dilan.